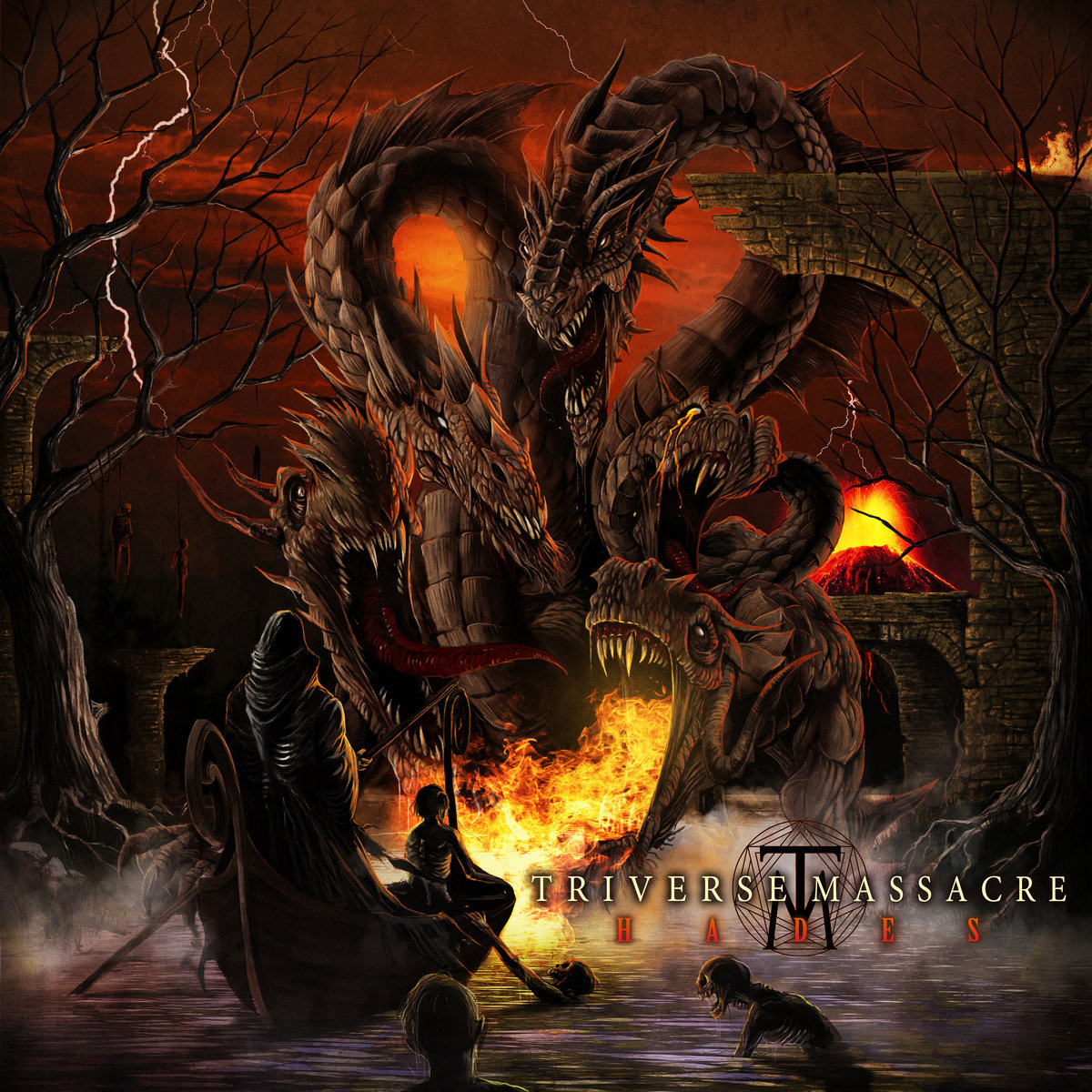 A short, groovy release that packs a punch

The UK is notable for its established, yet ever growing heavy metal scene, especially within the underground communities. We've had a plethora of English bands from diverse subgenres such as black metal, doom, grindcore, deathcore, death metal and more on here thus far. That being said, Triverse Massacre are a five-piece extreme metal outfit that have modestly taken the scene by storm since their 2010 formation. The band mixes elements of groove, thrash and death metal into its creations...and has released two EPs and one full length album in the years following their inception, with today's review being on their second EP. Let's have a look.

Triverse Massacre's sophomore EP, appropriately titled Hades due to its devilishly heavy qualities, is officially upon us now and is available through the Sliptrick Records label. The sixteen minute EP consists of only five tracks. However, do not let its subtlety fool you, this little number is surely not one to overlook if you're a fan of the hard-hitting and brutal. The formation on Hades also comprises two guitar parts, bass, drums and vocals, all of which contribute a great deal to the overall madness. The themes here also revolve around death as well as the underworld, so you know you're in for one hell of a ride.

The little introductory track is a two minute or so build up for what's to come. It perfectly catches you offguard with its initial presence, which is one of uncertainty. Then, about halfway in, the chromatic riffs and symphonic undertones chime in together to finish it all off. A great start to a stellar experience. Most of the instrumentals throughout consist of chromatic guitars and tremolo picking, with some breakdowns, in addition to blast beat drumming patterns of varying speed. The vocals are fairly eclectic given the type of music, with lots of gutturals, some high-pitched shrieking, and a few squeals here and there. The symphonic undertones and groovy riffs are two of the strongest points of Hades. The best qualities of the album are found on the songs "Styx" and "Lethe", but each of the five tracks definitely has something worthwihile to offer.

Overall, the production quality is kind of iffy. The drums, especially, sound drowned out at some points. There could've been something done with the leveling of the instruments in general. Additionally, I wish there were more of those little melodic or symphonic-like parts thrown in here and there for a bit more diversity. Otherwise, this EP is totally on the money.

Hades is ultimately an above average heavy metal release because of its many positive qualities. Sure, there are a few things that could've been done differently; however, all of the cool and brutal stuff easily outweighs those cons in several ways. It's a subtle release, but it is also one that is groovy, heavy and packs a punch on every listen. Highly recommended and a strong listen from start to finish.

For Fans Of: thrash, groove and death metal