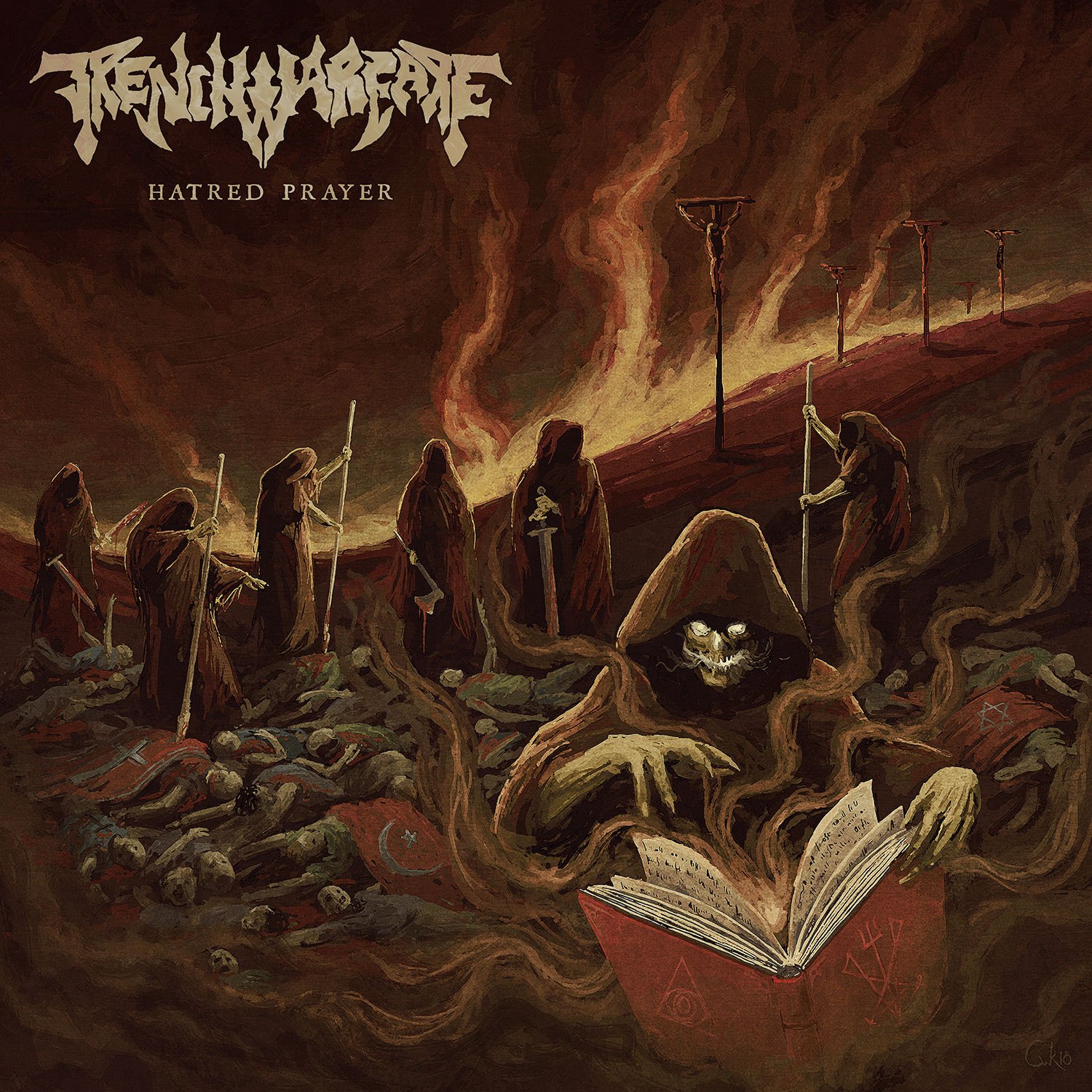 A semi-distinctive and low-fi, but uniquely heavy blackened death effort from Texas collective

Trench Warfare stands tall as a fairly new and innovative blackened death metal project coming straight out of Austin, Texas that has caught our attention for a few different reasons. For one thing, their DIY production quality and mysanthropic lyricism is more than enough to catch my own attention, what with me being a huge fanatic of the blasphemous/Occult side of the black metal genre. Though this is quite common within the music style itself, I don't happen to be familiar with very many black metal artists from out of Texas and such, so this may be a first for me at the very least. The band formed around 2015 and are following up to their debut EP with this new full-length album.

From the album cover itself to the music on display, this album practically reeks of edgy blackened vibes, though perhaps on a lower budget. But we'll forgive them, as the focus is on the musicianship here rather than the actual sound quality given the type of music at play. Hatred Prayer is ultimately a 33 or so minute composition consisting of a dozen tracks put together in a hatred frenzy of heavy destruction and is now available on digipack format via Transcending Obscurity Records. Additionally, the artwork is done by Misanthropic-Art with direction and layout by Francesco Gemelli, who's worked with countless other more obscure or local black metal artists in the past.

This album has a dozen songs but, the thing is, they're all pretty damn short, with the average length being about a little less than three minutes or so. One of the tracks (which is a cover of sorts, it seems) is so brief and feels like such a filler that it's skippable and kinda pointless. I myself realized that my attention was gravitating towards the longer songs that have more to them such as 'Astral Projection' and 'Sate Thy Lust'. There is also a solid amount of guitar solos and blast beats to be heard, aside from a bit of breakdown, tremolo and mostly oldschool blackened death vocals musically for the most part. Quite a few of the songs are tough to differentiate but 'Axioms' and 'Hatred Prayer' (the titular track and outro song) are two other standouts for their atmosphere and guitar-work. From a technical standpoint and as far as the genre itself goes, the instrumentals aren't too shabby but I wish there was a bit more to the vocal side of it, which felt underwhelming and underproduced at points. I also wish there were more of those ambient parts like in the first few tracks and towards the album's finish. Overall there is adequate talent on display but, at the same time, some untapped potential as well. But the kvlt feel is definitely there and I give props for putting together a raw release that has some nostalgic presence to it, too.

All in all this one is a relatively standard blackened death effort on its very surface and in terms of its structure and flow. However, the low-fi vibes and unique instrumental sections at some points (including the guitar solos and hardcore drumming patterns) really kept me eagerly awaiting some of Hatred Prayer's occasional moments of greatness, particularly in its later tracks. Trench Warfare may not stand out much from the rest of today's death crop, but their energy and sometimes kvlt/tryhard feels provide moderate entertainment value. A pretty decent effort musically overall, even if it's not entirely memorable or innovative.