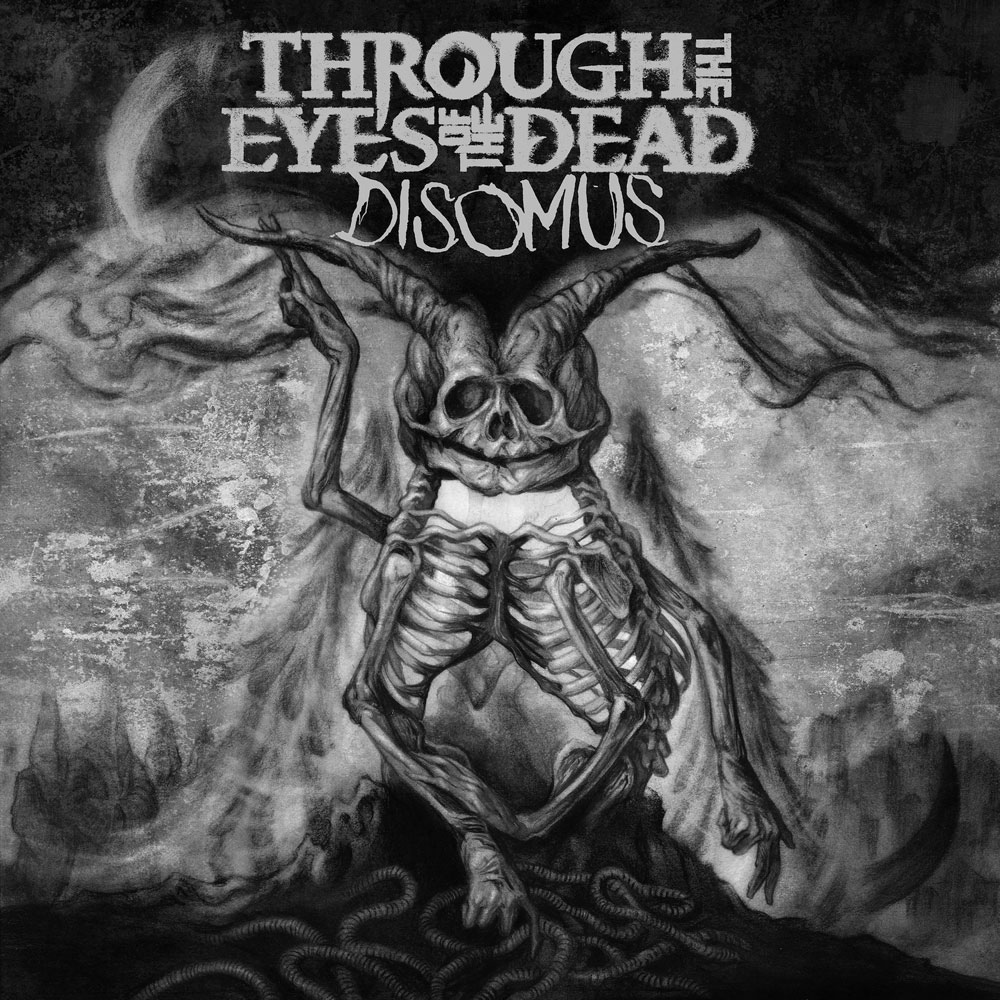 Raffy Reviews - Through The Eyes of the Dead: 'Disomus'

An adequately satisfying comeback album with a few surprises

Disomus
by Through The Eyes of the Dead

Background & Brief History: Starting in 2003, South Carolina-based deathcore act Through The Eyes of the Dead has dished out a few notable releases that contributed in making them a respectable, household name for old school deathcore enthusiasts who grew up with the MySpace era of the genre. They possessed decent quality riffs, a striking ode to the melodeath realm, and have participated in many tours while in their prime. Now back and out of retirement, the band has broke their  several-year silence with their latest effort titled Disomus. Was it worth the wait? Let's find out!

Album Breakdown: The album revives most of the elements and aspects of the band's sound in the genre that was present in their earlier albums. Disomus does a solid job at leveling the heavy with the melodic, with instrumentals and vocals alike aiding to this creation. It is mostly fast, it is mostly heavy deathcore (aside from a few select melodic or instrumental parts), and it definitely lives up to the band's preceding offerings.

The Pros: As mentioned before, the album is both heavy and melodic in some parts...and it rarely ever lets up from that formula. And, while Disomus does become formulaic, the brief experience of listening to this release for the first time is a blast from the past. Sure, it hardly sets itself apart from other releases in the genre and of the same calibre; however, the notion that this is the first thing Through The Eyes of the Dead has done in so many years gives the experience an added charm of nostalgia. The audience can almost feel the band's energy here, as they bravely attempt to give it their all here. There are no flaws to the execution itself. Also, there are some sections that surprised me here and there and gave a nice touch when listening to this release. Some of the breakdowns are pretty entertaining.

The Cons: The album is not without its faults. The writing and structuring isn't much, as Disomus doesn't bring much innovation to the table, aside from a few surprises and cool breakdowns. It comes down to being pretty standard for the genre. The riffs, while good themselves, are greatly recycled in a few parts...and the vocals aren't that memorable either. Overall, I'm not sure if it'll hold up in time.

The Verdict: In conclusion, Through The Eyes of the Dead's latest effort Disomus is adequately (even if briefly) satisfying at some points, mainly due to the fact that it is a comeback and marks the long-awaited return of this legendary act. The release has notable flaws, but the positive aspects manage to outweigh those faults and the surprises scattered throughout Disomus keep you wanting to listen long enough to have a decent experience, even if just for one time. The issue comes down to the album's replay value as well as the question of whether or not it will hold up or be as favourable as their previous releases to listeners, especially after all those years of waiting. To end on a good note, however, it's nice to see them back in action.

Fave Tracks: "Hate The Living", "Of Mortals, We Once Were"