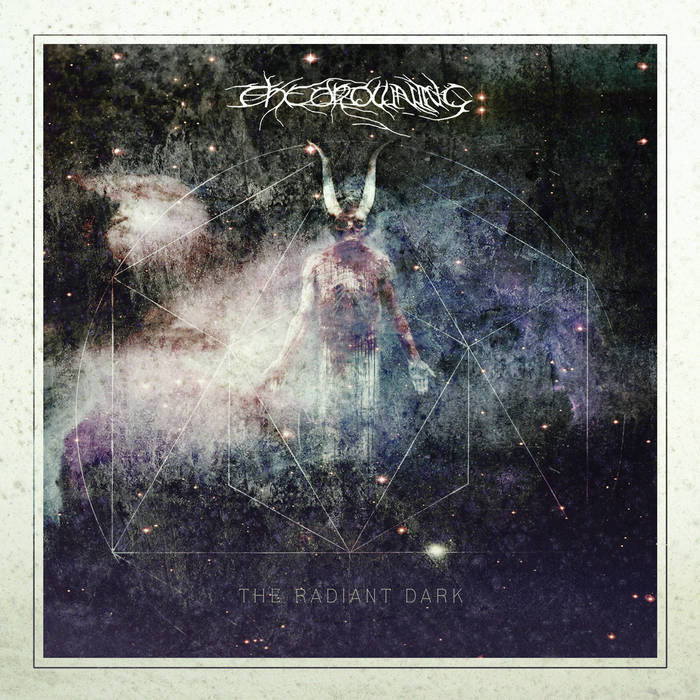 Dark and destructive at the same time, The Drowning's new offering bounces between ramming speed and slow chugs

The Radiant Dark
by The Drowning

Connect with The Drowning
https://www.metal-archives.com/bands/The_Drowning/51711
Facebook
Listen to The Drowning
Bandcamp

The fine line that divides doom-esque sludge and traditional death metal is one that countless bands these days, or so it seems, happen to be crossing, leading to a mixture of elements that's largely hit-or-miss in the world of extreme metal. The Drowning is a Cardiff, Wales-based quintet that serves as a testament to what artists can truly accomplish when this type of blend is done just right. They've been around for several years and still going strong...with a half dozen album releases as well as a split CD under their belt, the UK band is now back with a brand new effort being released via Transcending Obscurity Records in the form of The Radiant Dark. This eight song ensemble that goes on for nearly an hour also sports album artwork courtesy of Matt Vickerstaff, most famous for his work/collaborations with Earache Records and even Kerrang! magazine.

Despite this one being labeled as "doomy death metal", the doom/sludge elements are mostly present in the first ten or so minutes as well as on quite a bit of the last track. Overall, the heart of The Drowning's new release lies within the melodic, blackened death metal territory, with a ton of emphasis on lyricism related to things like the Occult, religious undertones, the pain and suffering of mankind, giving into darkness, etc. It's heavy as balls, but there's also a ton of emotion to it, too.

The start of The Radiant Dark represents just about every other death or black metal album's intro: basically a couple minutes consisting of ambiance, instrumental buildup, and some pretty stellar and surprising death metal riffing to balance out the uneventfulness. It's not too much to go on, but it gets the job done in a rather minimalistic, subtle manner. I have to be honest with all of you now, though, the next song is kinda draggy with a tough as nails Black Tongue downtempo feel to it. There's also some oldschool doom influences here too, but the emphasis is on there being lots of growling lows packed with high melodic notes, some open note breakdowns later on, and a blackened death finish with some guitar solo action. It's a hit-or-miss song, but I will say that it does get better as time passes. The rest of the album (minus a couple slow parts in the outro song) is pretty flawless in my book, though. 'Promethus Blinded' begins with a soemwhat slammy intro that speeds up into oblivion as a few symphonic backdrops are smoothly thrown in. The melodies reign supreme and the vocals turn from those familiar downtempo low gutturals to more shrill, blackened mids and highs akin to stuff like Wolves in the Throne Room. There is also a Viking metal-esque solo and progression section later on that reminded me a bit of Amon Amarth and co.

I'd have to say that my fave tracks by far were 'In Cold Earth' for being so varied and keeping me at the egde of my seat with its constantly wailing guitar leads, atmospheric dissonance, acoustic intermission and tempo change midway thru that goes into a more technical outro, all despite its very lengthy duration and relentlessly dark aesthetic; and the second has to be the rather deathcore-y 'Harrowed Path', which delivers one of the most epic screams of terror you will hear on this album thus far. The breakdowns culminate into a blackened detah chorus that switches the mix and ups the ante in the end with a thrashy finish consisting of a guitar solo and some longwinded insturmental pieces going into the final two tracks, which have quite a bit to offer all by themselves. I just thought the outro song tried to do too much and dragged on for way too long, but the center portion of this album gets a lot of things right and makes up for the dreary intro and longwinded outro. I thoroughly and extremely got a kick out of the death and melodic/Viking-esque instrumental aspects, but the doom metal portions were hit-or-miss to put it lightly. Some may like em, but I wasn't really convinced they fit the best in here.

I really enjoyed the album overall, despite the somewhat inconsistent tempo of the content at times as well as the somewhat brief amount of time that it takes to get to the good stuff, in my opinion. Be that as it may, this darkly destructive album is around an hour of devastation and emotional turmoil that I couldn't get enough of on my initial couple of listens. The Radiant Dark ultimately ends up being both superfast and epically, sometimes chuggingly and softly slow, but that works to its advantage as the musicianship shines through in moments such as the ones mentioned in this review, particularly on the side of the varied guitarwork, consistently lightning paced drumming, spastic atmosphere and familiar, yet welcoming vocals. It's one that I could possibly see being in a best of list for the year of 2019.

**This release is available now both digitally and physically here!**