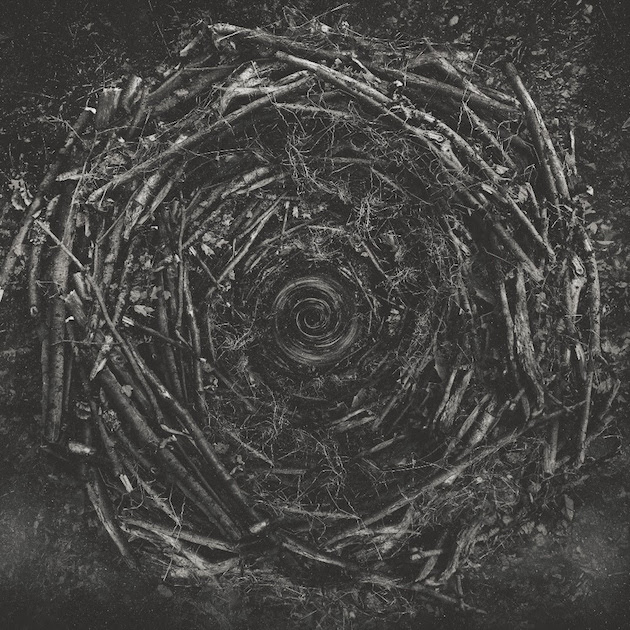 Clairvoyant
by The Contortionist

2010 was a relatively stellar year, all things considered. It was the year that the New Orleans Saints won the Super Bowl and Spain won the World Cup tournmanet held in South Africa, and the same year in which hit blockbuster film Inception, directed by Christopher Nolan, was released. That same year, us metal and core fanatics also witnessed the unveiling of sleeper hit progressive metal album Exoplanet.

For those who are unfamiliar, this release by Indiana-based American metal band The Contortionist marked a subconscious turning point in the genre of its marking. The same release that had put these guys on the radar, and the album that sparked increased popularity within the prog, djent, and metal & core communities. Future bands would go on to replicate, duplicate, take inspiration from and pay homage to the record's unique sound. Exoplanet had nearly everything — ranging from polyrhythmic guitar riffs and groovy bass lines, to the sophisticated drumming patterns and vocal variety consisting of unclean growls, robotic effects (if you've listened, you'll know what I mean), and clean singing. A truly thought-provoking album, the record's lyrics and themes revolve around ideas of futuristic space travel, alien contact, and colonization of other planets.

The band's next offering, titled Intrinsic, took on a similar concept, albeit not as memorably as their debut, mainly due to the shoddy production and mixing. The previous release, named Language, represented a transitioning in the band's sound. With a new vocalist in their aresenal, The Contortionist largely changed their music to a more melodic, softer sound, which focused more on emotion than being heavy. The album's structure similarly followed Exoplanet, both of which consisting of tracks setting a chronological story, telling of some type of journey or expedition.

Up next, we have the latest album by The Contortionist, mystifyingly entitled Clairvoyant. The theme centered around this conceptual release is once again space travel from earth and back. The nine tracks that compose Clairvoyant are all mostly one-word titles, save for two...and are mostly over five minutes in length. This time around, the mixing and mastering is done very well, with as much polishing as their previous composition (Langauge). The photography by Bobby Bates adds a nice touch to the album's visuals, as well. The few music videos released for the singles display the full band performing in a relaxing setting and portray rather inviting sceneries. Finally, this album was recently released through Good Fight Records and is the second to feature Michael Lesserd of Last Chance To Reason.

Going into the music itself, the essence of Clairvoyant greatly takes on the elements of Language. Except, this time around, the compositions seem to be even softer, with a more sober tone and, while the progressive and core elements are still undertoned, the presence of unclean vocals does not make an appearance here, resulting in a more mainstream sound. At the same time, this album, on its own merits, presents an avant-garde influence on the genre. These unique twists and turns here and there include prolonged moments of ambiance towards the end of the tracks, usually done through synth, background noise and feeback, and transitions from soft rock guitar picking to djent-style polyrhythms.

The album opens up with a rather long, drawn out build-up track, which sets off a rather passive atmosphere for the first minute or so. However, the song soon changes the pace to a loud and abrupt guitar "roar", along with the entrance of several entwined and blissfully structured melodies strewn throughout. The various instrumentals that accompany this track alone is a nice touch to the wall of sound the listeners are met with. You have your guitars with added studio effects, synths and keyboards (or so it sounds like)...you've got your rhythm section consisting of drum and bass, etc. The vocals do not make an appearance in the opening composition, making it an instrumental opening of sorts.

The next few tracks introduce the audience to the wonderfully executed vocals, which manage to mix in well with the rest of the album's music. However, the only flaw that is worth pointing out is the overall lack of vocal variety as opposed to previous works of this band. As mentioned prior, the vocal work on Clairvoyant solely conists of cleans throughout the entirety of it. In addition to this, the vocals in general feel a tad bit underused on here. Don't get me wrong, when they're actually in there they come out great, but it just makes you want to hear a bit more in terms of variety, strength and versatility. Most of the tracks move at a slower pace as well, aside from being softer than previous works. The third track, titled "Reimagined", notably handles the slow pace welll with the mixture of instrumental variety keeping you on edge and waiting for what's to come (despite being the shortest song on the album).

The album's title track is arguably the strongest of the entire release due to its eclectic structure, tempo changes, and overall utilization of the instrumentals as well as the vocals. The lyrics of the track are also somewhat memorable and relatable to real life issues possibly regarding or referring to greed, social class problems, personal problems such as depression or anxiety, and more. Within the song, the vocalist exclaims:


The emotional power of these lyrics and themes are what this band largely revolves around these days, or so it seems. But one just has to acknowledge how well they tend to execute these concepts in their musical compositions. These are questions some of us ask ourselves every day. The song itself ultimately ends off on an instrumental, melodic section that carries on for a few minutes before going into the next track.

Despite the previous, self-titled song being so powerful, emotional and well thought-out, the next track that comes in succession, titled "The Center", is not so good in comparison. The song overall is kind of dull and largely overstays its welcome, clocking in at nearly eight minutes in duration. The transitions just aren't there, the emotion is but it's not expressed as well as the previous track, and much of it sounds the same. Some of the parts in "The Center" could've been used for something else.

The next few tracks in the second half of this release, while they drag out as well, do so in a slightly better way. The melodies are executed well again, the instrumental variety is back, with many effects added in to give the music a more "extraterrestrial" sound, if you want to call it that. "Return To Earth" is also a very creative piece due to the complexity of the riffs found within, specifically towards the end.

The concluding track, cleverly named "Monochrome (Pensive)", calls back to the first song of the album, which was named "Monochrome (Passive)". From this alone, it becomes clear that the band wishes to create an element of continuity in order to tell some kind of story as a result. This final composition is very long at nine-and-a-half minutes in length, which makes it obvious that they want to go out with a bang on this one. However, some may be put off by the length, which is not constituted by the drawn-out instrumentals, the effects (which are tiring at this point), and the vocals that contend with staying until the very end. Certain parts could have been cut out in order to prevent some of this song, as well as select sections of other compositions in this release, from becoming a chore to sit and listen through.

In all, The Contortionist's newest offering Clairvoyant proves to be an experimental and rather avant-garde dive into an emotional and softer side of the progressive metal genre. It remains clear that the band has abandoned a few earlier elements that they were known for, including harsh vocals and heavy core breakdowns, as a result of creative decision to become softer (the vocalist himself adding that the band felt that harsh vocals did not feel necessary in this album) in order to pave the way for a larger, and potentially more mainstream, listening audience. Perhaps that was not the initial intention, but that's what has been gathered through listening to this release several times. The band has made their music more accessible to the softer crowd at the possible expense of alienating fans of their earlier works. Clocking in at nearly one hour (55 mins to be exact), the album, while definitely listenable, well-written and executed, begins to overstay its welcome somewhere past the halfway point.The instrumental variety, vocal melody, and intruiging themes are there as well. However, it is up to debate whether or not the eclectic music constitutes the long duration. It is uncertain whether or not Clairvoyant will stand the test of time and remain as memorable or notable as Exoplanet or even their previous work, Language. While ultimately a stellar release, Clairvoyant marks a subtle shift in the band's sound...and only time will tell of what they will do to follow up to this in the future.