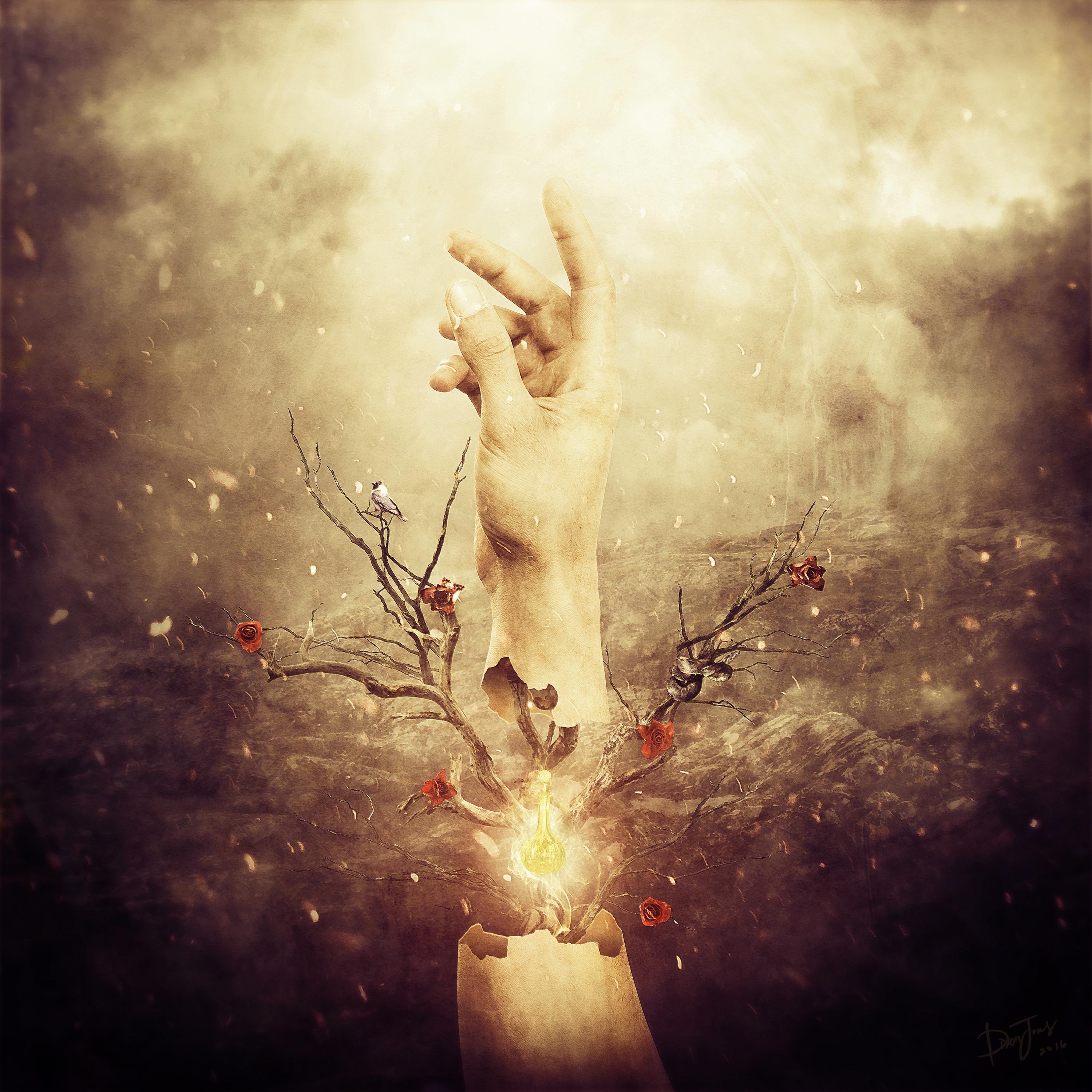 Passionately melodic and relentlessly brutal at the same time, Samsara delivers a plague of hard-hitting variety and destructive brilliance

So, as we're slowly but surely nearing the final few months of 2018, there have been numerous death metal albums to come out during the year that I've found to be truly amazing masterpieces of epic brutality and such. And now, having discovered this little release, that plethora of greatness has expanded.

The Breathing Process is currently a seven-piece outfit that originates out of the east coast US and has resided in a few different locations since their early 2000s inception. The band features three guitarists, vocals, bass, and drums in addition a keyboard player and performs a mix of black metal and melodeath with some elements linked to the deathcore scene and with some symphonic tones thrown in. Additionally, the band's released three albums as well as several demos to date on a couple labels and has recently brought upon their latest magnum opus for us to discuss.

Samsara is thus far the third full length album from The Breathing Process that was released on August 31 of this year via the band itself (now operating independently, as far as I know). This new album is available digitally on Bandcamp as well as on limited digipack CD format. Samsara is also notably an entirely DIY project, since all recording, mixing and engineering was performed by the members themselves, and the ten tracks comprising this album's 45-minute running time are worth every given second to experience.

The album opens up with your typical eerie/ambient intro track consisting of some background harmonics, orchestral scores, choir and the like. This leads into the first real song 'The Traveler', and that's where the longwinded, heavy ride really starts. This song is mostly a transition between fast-paced black metal tremolos and blast beats juxtaposed with some Ingested-esque chromatic riffing in the middle. Throughout the track (and Samsara as a whole, pretty much), the audience gets a smooth, soothing taste of some pretty engaging melodics and atmospheric instrumentals courtesy of the keyboards. These melodic/symphonic counterparts are especially present in such songs as 'Into The Night' and 'The Nothing'.

Speaking of which, I'd have to say that 'Into The Night' is arguably my fave track on Samsara primarily due to its eclectic guitarwork, clashing melodies, brutal breakdowns, and overall transitions. At some points, especially during longer tracks like 'The Conscious Observer' as well as 'Absolute Truth', the album goes for a slightly progressive tone with its song structuring and instrumental breaks. The production quality also really helps in preserving and making audible all the little quirks and memorable lines of Samsara. Think of like a Make Them Suffer type of sound mixed in with modern melodeath or blackened metal type riffs and vibes with some old-school breakdowns or slams mixed in once in a while. 'Supervoid' is one song that truly delivers on the more brutal, death metal side of The Breathing Process with its different type of breakdowns, the low deathcore growls, and overall grimy feel from start to finish aside from the lightning quick performance.

To counteract with the former, however, 'The Conscious Observer' (which is probably my second fave track) starts out with a very melodic opening that soon turns to madness when the droning guitar chugs and gutturals come in. The band attempts to bring melody into the mix whenever possible...and the end-result is that it always seems to stick. Another thing I enjoy about 'The Conscious Observer' is the guitar solo that makes its way in about halfway through before going back to the chaotic, blackened vibes. 'Servile' is another truly demented and heavy as hell track that sometimes gave me Enterprise Earth feels and goes for a more brutal and relentless onslaught as opposed to being blackened or symphonic. The following tracks, 'Dethroned' and 'The Nothing', make up for this with their symphonic black metal undertones, engaging outros and kvlt-like madness of their own.

All in all, there is so much to say about Samsara, and I can go on forever about how it breaks through the mold and forms its own identity with its variety of elements taken from different subgenres. I simply have nothing but good things to say about this one; and you'd have to experience it for yourself to feel the same and know what this review is getting at.

Based on the content of the brutal, unending and relentless fury found within Samsara's ten tracks (in addition to everything stated in this review), it's easy to see why I would rank this release in my top picks for this year. The album manages to take the 'Dr. Jekyll/Mr. Hyde' formula of being both passionately melodic and crushingly brutal at the same time and innovate it into something truly awe-inspiring. With all its hard-hitting variety and destructive brilliance, The Breathing Process's newest album is sure to serenade and assault your senses to boot...and is easily worth at least a few listens if you're into the more experimental, brutal and/or melodic sides of death metal. Long story short, it's an instant sleeper hit.

Fave Tracks: 'Into The Night', 'The Conscious Observer', 'The Nothing'

For Fans Of: Abigail Williams, Make Them Suffer