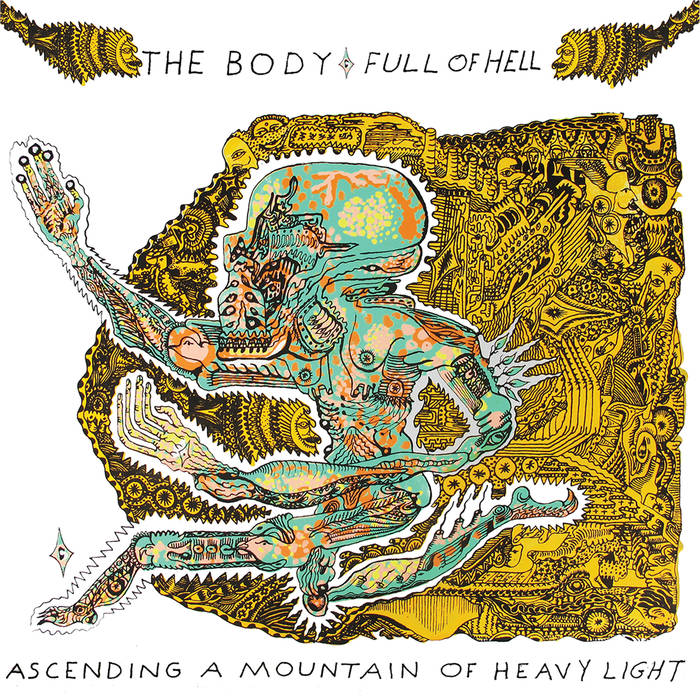 Raffy Reviews - The Body/Full of Hell: 'Ascending A Mountain of Heavy Light'

A sophomore collaboration that exhibits doom characteristics for a niche crowd

Background: Last year, grind band Full of Hell was called upon to collaborate with longtime doom project The Body for a full-length album release titled One Day You Will Ache Like I Ache. Unveiled under the Neurot label, this album gained a cult following among fans and became sort of a sleeper hit within the metal community. Today, these two heavy musical acts are dropping a second composition, which is also a collaboration between the two. How does it fare? Good question.

Album Summary: Ascending A Mountain of Heavy Light is once again an eight track album full of similar influences and elements that the bands put into the previous release. From the droning instrumentals, to the dark and foreboding ambiance and high-pitched vocals in the background, this new collab album exhibits doom characteristics for a certain type of crowd.

Pros: Sometimes, the album will have a slight or momentary change of pace and throw in something different. This may be a fast grind section with pronounced guitarring, an instrumental section with a twist, or some other stuff that takes away from the droning aspect. These parts are surprising and usually entertaining at times. Both artists definitely know what type of sound they're going for...and they play their respective parts well. The atmosphere helps to being some tension and energy to the overall sound.

Cons: While this comes as no surprise, the album drags on for what feels like an eternity. Usually the focus will be on one particular section for a majority of the track. The production seems shoddy at times and the howling vocals in the background get a tad irritating after a while.

The Verdict: The Body & Full of Hell do a decent job of collaborating and refining their musical sounds into this one album. For a doom release, it works for what it is and can be a crowd-pleaser for those who are into the genre. While it certainly isn't for everyone, Ascending A Mountain of Heavy Light knows what it's supposed to be, and it was interesting to listen to for the time being.