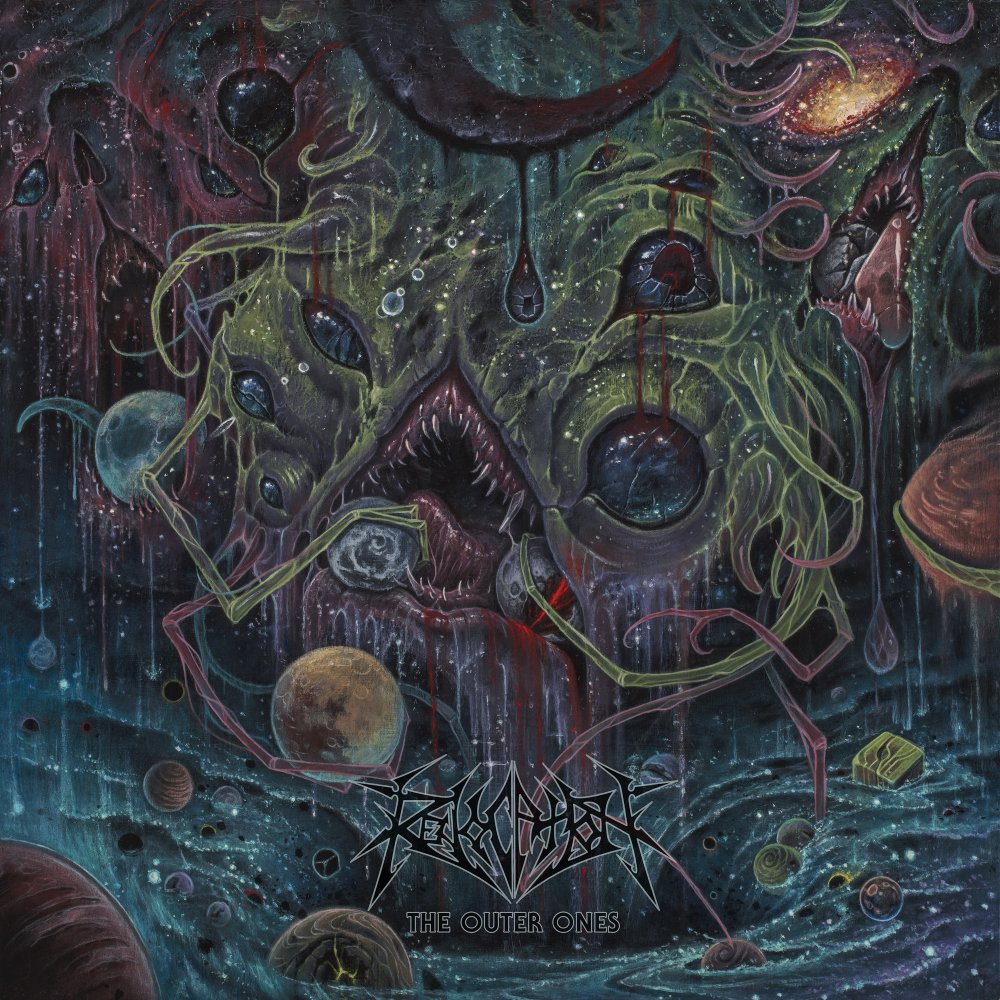 Raffy Reviews - Revocation: 'The Outer Ones'

A step in the right direction, even if slightly recycled

The Outer Ones
by Revocation

Coming back to the headlines once more, Boston-based metal band Revocation is at it yet again with their latest full length out now. As a little bit of a backstory, this is an extreme metal band that's been active since the early 2000s and is popular (as well as notorious in certain circles) for their amalgamation of crossover thrash with technical death metal elements. The band's released seven studio albums to date, in addition to performing countless live shows and recording numerous music videos. So, with that in mind, it is no wonder why they tend to cause quite the stir. Whether you love or hate them, though, they're one of this week's metal highlights...and now is the time to check out their latest effort.

The Outer Ones is the band's seventh and latest full length release and their third album chronologically through Metal Blade Records, their current label. Despite the rather off-putting and brutal death-esque album cover, however, this composition has quite a bit to offer tech metal nerds in terms of instrumental content. To date, I'd say this is one of the band's more technically sound albums, especially guitarwise, and the nine tracks (or 48 minutes) worth of Revocation on here possesses much for discussion. The new album is also produced by Chris Harris aka Zeuss, a personality who has teamed up with multiple thrash and death metal bands in the past, so that factor gives it the extra oomph in my book.

Like I said, this album is instrumentally technical and fast paced, as usual per this artist. However, there are times in which Revocation attempts to take a small break from the lightning pace in order to muscle up a bit of variety in the vein of some melodic riffing, acoustic sections and more. The songs on The Outer Ones are better structured overall as opposed to the band's previous works, especially in the first half, and the guitar solos are also more frequent here and there. Overall this album focuses more on the band's technical (death metal) side as a whole. Specifically, though, I really have to give praise to tracks such as 'Of Unworldly Origin' for its song structure and transitions as well as 'Blood Atonement' for its solid main guitar riffs. 'Ex Nihilo' is also a great instrumental track that takes away from the rest of the guttural chaos with seamlessly flowing guitars, chill melodies and overall a nice touch. The production quality is also really solid on this release. At the end of the day, the only faults I'd give this release are the recycled riffs that come in later tracks (specifically, the guitar riffs start to sound similar towards the end) and the somewhat lack of innovation at times. Other than that, I can really appreciate The Outer Ones for what it is.

Revocation's new album The Outer Ones is a definitive step in the right direction for the band in the sense that they've somewhat expanded their sound and the eclectic boundaries of their songwriting as well as instrumentals. Despite some of its flaws and recycled parts, this latest effort from the Massachusetts death metallers mostly stands tall as a solidly decent banger for those looking to get into the more technical side of the extreme metal world. It's possibly my fave of theirs...and it's a release that I will revisit periodically to see how the band's material grows on me over time.

For Fans Of: Allaegeon, Ouroboros, Psycroptic