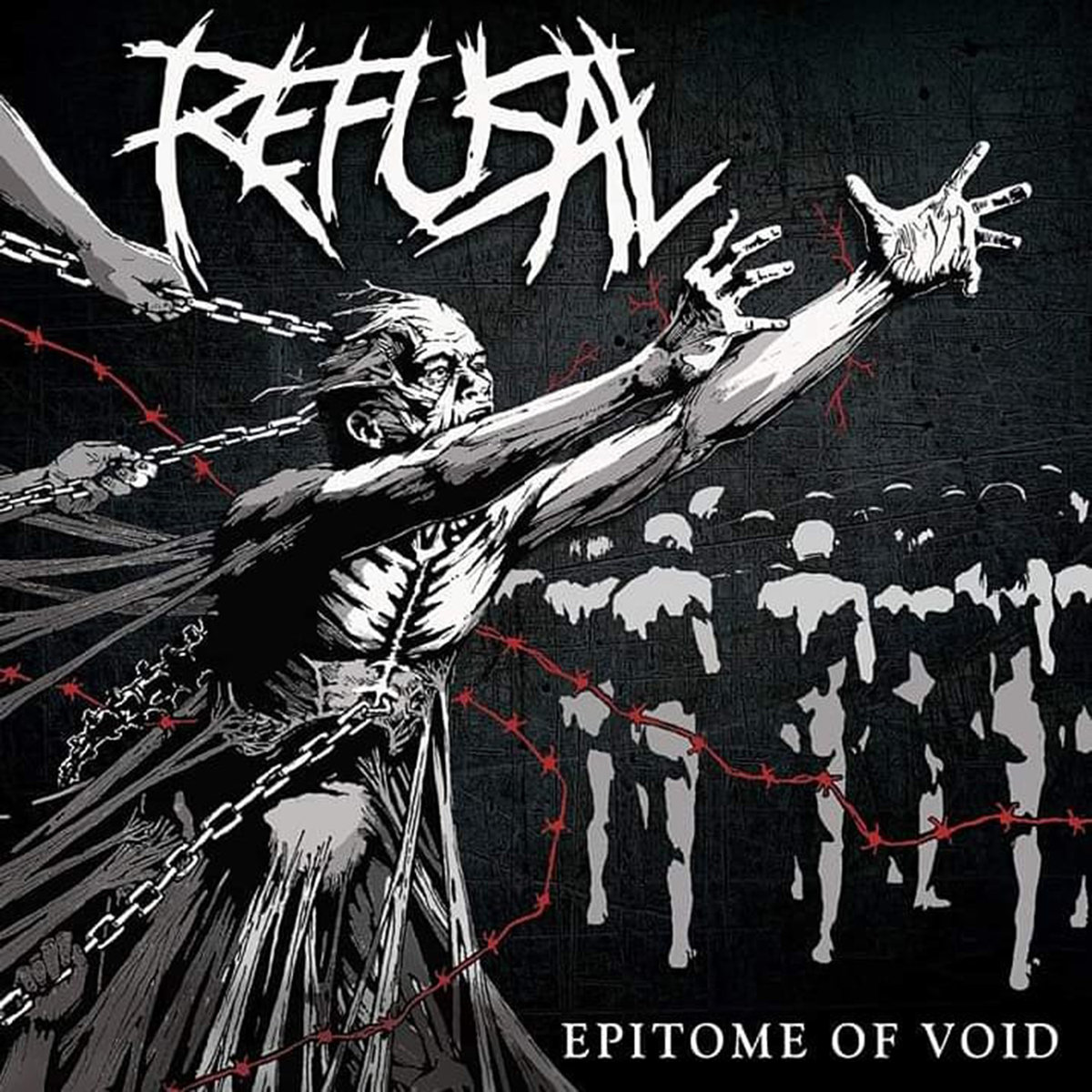 An ultimately all too familiar, but at the same time exhilaratingly energetic extreme metal release

Epitome of Void
by Refusal

So we've talked a little bit about the band Rotten Sound in a review last year and how they've made a comeback with their latest EP Suffer To Abuse. But now, on the heels of that grind release, we now have another contender from Finland in the form of Refusal. Having their origins in Helsinki, Refusal is one five-piece group that's been making a name for themselves through their rather effective blend of death metal and grindcore ever since its inception in the late 2000s. The band's went through several lineup changes over the years and now, following the release of many demos, they've unveiled their second full-length release this year. Time to check it out!

Epitome of Void is the title for Refusal's sophomore album release in January of 2019. Being made available via the French record label Great Dane Records, this new offering consists of nine brutally blunt tracks, comprising nearly 32 minutes worth of extreme metal content. Judging by the looks of the cover artwork as well as the simple, yet striking track titles (i.e. 'Hectic', 'Exploit'), this release possesses a rather nihilist or perhaps defeatist perspective through its themes. Epitome of Void is available now digitally on Bandcamp as well as on physical CD format.

The opening track 'Suffocate' is a short buildup song that progresses pretty smoothly. Not much to say about it but not too shabby of an opening with mostly power chord riffing and grind vocals. The next song 'Hectic' is ultimately similar to the first but a bit longer and with more blast beat drumming and riff variety. While this release isn't the most versatile or variety-filled in terms of sound, it somewhat makes up for this in unadulterated extreme metal energy and violent instrumentals. The vocals are there, though they're kind of one-note. I will say, however, that it does get more entertaining as it goes on. 'Disregard' is actually probably my fave track on here purely due to its oldschool crust death/punk guitar riffs mixed in with death metal galloping and growls. Some great rhythm in play as well, though sometimes I wish there was some guitar solo action. Not much to say about 'Disgust' or 'Exploit' (which is more of a filler track than anything else here), but 'Slaves' does include much more in the way of vocal variety (i.e. having both lows and high frys on display throughout) and has a pretty cool outro; also, 'Futile' is another personal fave for its lightning fast pace and ending guitar solo; so this release does have several high points worth mentioning.

To top it all off, in the end, I'd say that while this album comes off as all-too-familiar and sometimes rather formulaic, it still manages to work in its own favour by way of its brutally blunt and agressively energetic nature. Epitome of Void manages to encapsulate many of the typical death metal and grindcore tropes present in classic genre releases and punch them down to a 'T'. Coincidentally, this also includes a few of the flaws present in those releases. However, all of these brutal factors put together makes for a rather exhilarating experience if you're a fan of this style...making this one worth trying out for the sake of its assertive nature alone.