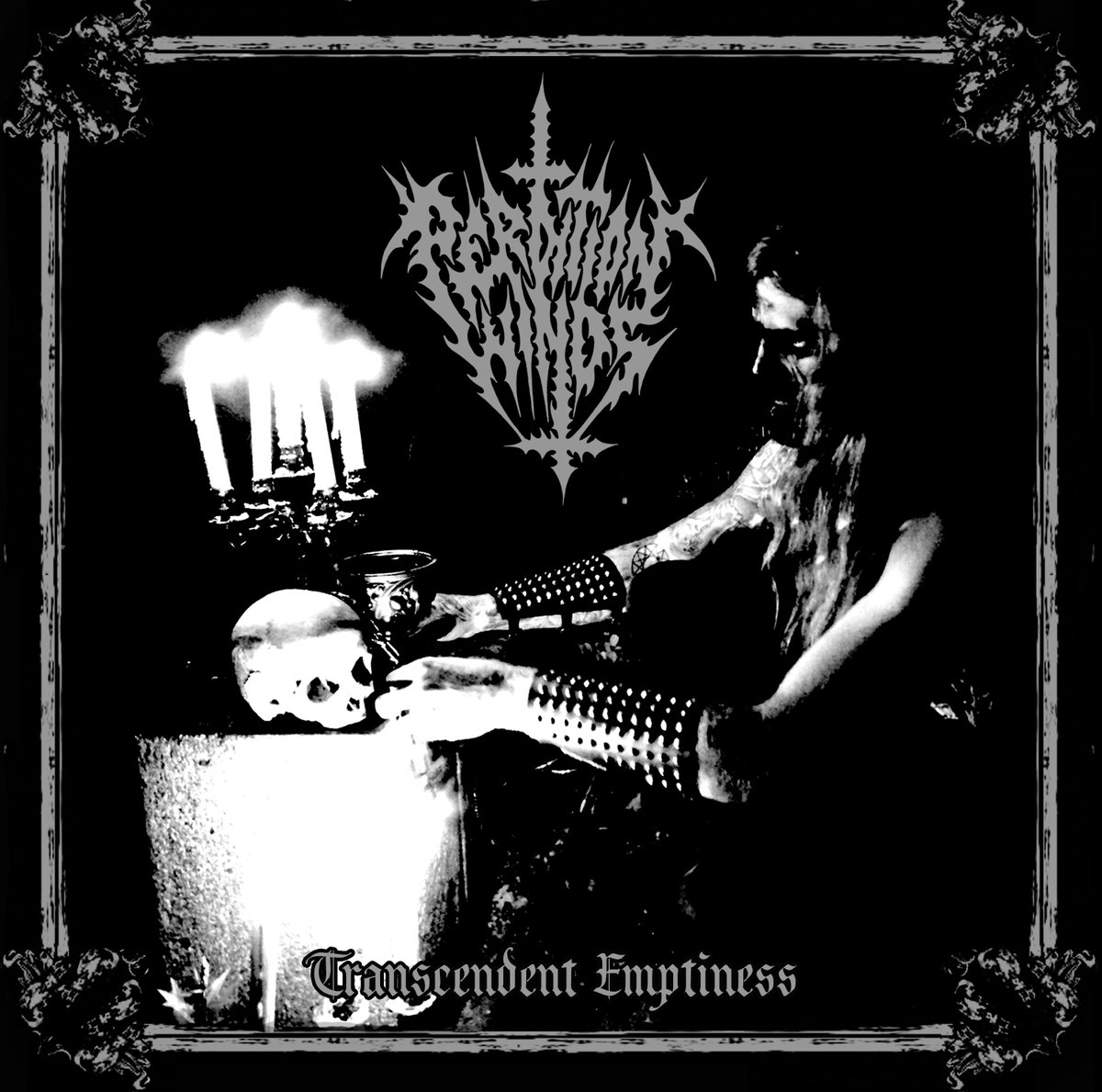 WIth the year swiftly coming to a close soon, we've had numerous albums and other releases that showcased very decent and diverse efforts in the genre of black metal. And now, right before the end of 2017, the release of Finnish black metal project's Perdition Winds' latest full-length opus.

This new album titled Transcendent Emptiness clocks in at around 50 minutes and consists of eight tracks of kvlt-like blackened chaos and musical vibrancy. Judging from some of the track titles, the album may possibly have some sort of cosmic-Satanic vibe to it in relation to the themes and lyrics. This latest offering was unveiled through the label Hellthrasher Productions earlier this month and it has already made a following.

This album contains a ton of energy and is pretty dynamic, even for its genre. The band got the "trve kvlt" ambiance spot on, with the production quality further aiding that aspect of the overall sound. While the music is mostly blast beats, tremolos and shrieking accompanied by a dark atmosphere, Transcendent Emptiness does create a bit of variety at times when the music goes into a more melodic-type state. For instance, halfway into this release, the brutality lets up for a little bit to go into an instrumental track for a few minutes. The composition is comprised of dissonant guitar chords, a smooth ambiance, and some background noise. The album also ends with another melodic section. In addition, another high point of this release is undeniably the structuring and flow, which complements the rest of the music. Every instrument does a stellar job, including the vocals.

The only notable downside to this album is that there could've been a slightly greater variety of guitar riffs thrown in for a more eclectic vibe in that form. Other than this, everything else was enjoyable.

In conclusion, Transcendent Emptiness is a fun experience filled with a fitting atmosphere and pristine instrumentals. Perdition Winds have remained true to the kvlt aspects of the genre to create a stellar album filled with solid musicianship along with a bit of innovation here and there. It's a recommended listen for the longtime or hardcore fans of this genre who enjoy kvlt production, bleak atmosphere, and cool melodies.

**Available both digitally & physically now at Bandcamp and Hellthrasher Productions!**