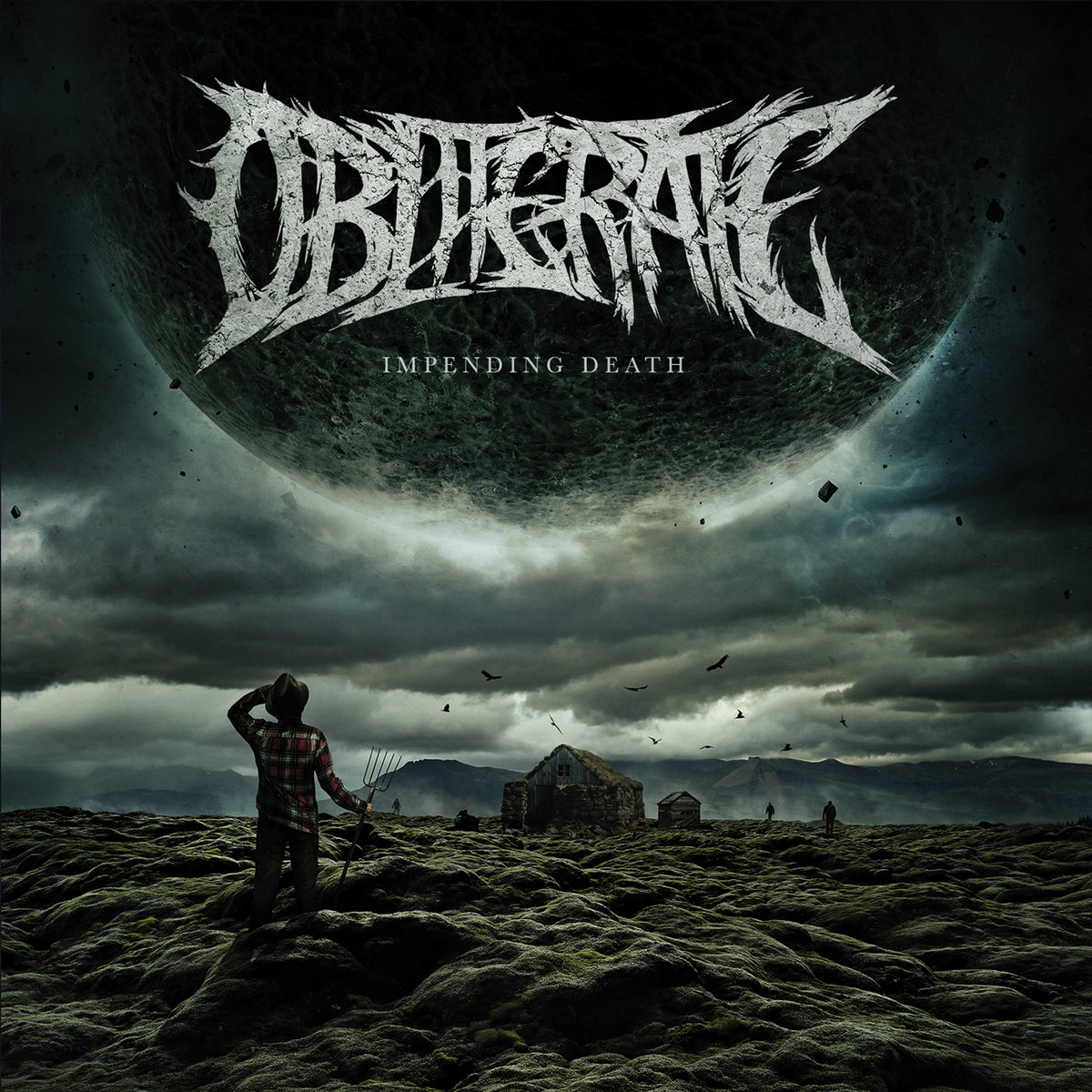 Obliterate is yet another Canadian extreme metal act that's been on our radar for quite some time now. Based in Quebec (similarly to Kataklysm, who we've also reviewed recently), this modern deathcore band comprised of five members is one of the latest to be introduced into the Unique Leader records label after being independent for some years since their early 2010s debut. The Quebecois metallers have released one full length before way back when. However, they're back now with their newest offering. Let's see how this one fares.

The band's sophomore full length album titled Impending Death was released in May of 2018 via Unique Leader. The release is available both digitally as well as physically and also features 28 minutes of deathcore action broken up into eight separate songs. Mixed and mastered by Christian Donaldson of Cryptopsy and containing artwork courtesy of English graphic designer Colin Marks (who's worked with countless extreme metal bands in the past), Impending Death also sports two surprise guest vocal spots from none other than Adam Warren of Oceano and Jamie Hanks of I Declare War.

Needless to say, while this album is your pretty typical deathcore release, it's your standard deathcore release done well and right. Impending Death holds a ton of merit that does the genre justice by putting together many of the worthwhile aspects of the core subgenre, such as booming vocal variety, stellar production, engaging and tasty guitar licks, strong blast beats, overwhelming atmosphere and more into a slightly more compact form. It's reminded me of other bands such as Abiotic, Despised Icon and even Impending Doom throughout its running time. Obliterate's latest album has a solid musical quality greatly helped by strong production and even more formidable execution, especially towards the album's middle portion.

Its constant core riffs are sprawling and the presence of dual guitars (rhythm and lead interchangeable) gives it an overall strong foundation. And, while I do not usually care for interlude tracks in this type of music, the two or so minute intermission consisting of a guitar solo and some acoustics was done briefly and correctly here, with the short track leaving me with enough of an impression to appreciate it. I also greatly enjoyed the two guest spots near the album's finish, which were appropriately placed, in my opinion. In all, everything here is so enthusiastic, fast paced and firmly executed, with the tight performances and such, that it makes up gfreatly for the perceived lack of innovation at times. My two most fave tracks off Impending Death would have to be 'I, Cerberus' for its guitar action, solo leads, outro and breakdown flow; in addition to 'In Devil's Cares' & 'Reconquered' for their dual vocals featuring Jamie Hanks and Adam Warren, respectively.

To be brutally honest, the only legitimate flaw regarding Impending Death is just how short the album is. With merely about 28 minutes of content, it is noticeably more brief than your typical deathcore full length. All in all, while I greatly enjoyed the release throughout its running time, I was felt wanting more...so I just listened to the whole thing again.

To top it all off, I'd like to state that, while Impending Death by Obliterate may not be the best deathcore album out there, it is surely stilll a very solid release with tasty riffs, strong vocals, great composition, solid surprises here and there and a ton of other merits to speak of. And, while it left me wanting to hear more from Obliterate, I'm content with what I did hear in the 28 minutes that comprises Impending Death and I will be looking forward to what these lads have in store for the future. This effort has left a strong impression on me for this genre, to say the least, and I only hope that more people check it out.

Check out the album here via the label's stream: