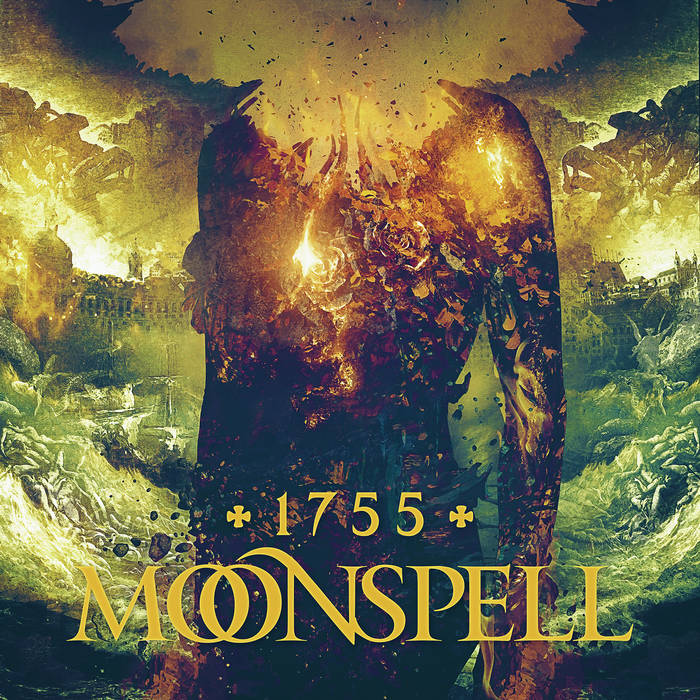 Dark, moody and filled with character, Moonspell's new album hits the right notes and is catchy from start to finish

Background: Since the very early 1990s, Portuguese gothic metal outift Moonspell has been consistently pumping out their material to the masses. Often desribed as emotionally dark and cinematically epic, the band's musical style often centers around themes of the macabre, the occult, and the obscurely demented folklore. Since their formation, Moonspell have formally released almost a dozen full-length albums, a few EPs, several split recordings as well as numerous singles in their career predominantly under the Napalm Records label. Hell, the group even wrote an autobiography and recently founded their own label.

Album Summary: 1755 marks the band's eleventh entry and venture into the depths of the dark and gloomy. Clocking in at around fifty minutes in length, the release consists of either ten or eleven tracks, depending on the country of release, and features everything fans have come to know and appreciate about Moonspell. You have your foreboding ambiance, emotionally involved lyricism, energetically high-maintenance vocals and melodic instruments, which add the finishing touches to a solid release.

The Pros: Many good things to be said about this album. The atmosphere is arguably the strongest point of 1755. The record is very dark and dreary in essence. However, there are also some operatic parts here and there, thanks to the wide vocal range as well as the melody incorporated through a constant cacophony of eclectic guitar and bass riffs. The drums sound nice, and the production on here is very fluid, giving the rest of the music the justice it rightfully deserves. Everything is put together neatly and flows consistently. Every note is clear and every message given out is to the point. The clean and unclean vocal package found throughout the music is a plus and works very well. The instrumental sections are pretty memorable, too.

The Cons: There are a few small issues to address. First of all, the album clocks in a bit on the longer side, which would be okay if the pacing of the songs themselves wasn't so generally slow. The guitar riffs that are there work well with the music, but beyond that there isn't much to dissect from a musician's standpoint. Finally, the softer parts can drag on a bit too much at times.

The Verdict: In conclusion, 1755, the latest release by Gothic metallers Moonspell, is something truly worth listening to and appreciating. The album brillitantly captures the dark character, committed vibes and compelling emotions linked to traditional gothic heavy metal. There are both soft and heavy sections throughout...and everything that is found within is in it for the right reasons. Overall, Moonspell's latest effort hits all the right notes and remains catchy from start to finish.

**Moonspell's 1755 is available in stores and online now (both digitally and physically) at:**

Check it out here: