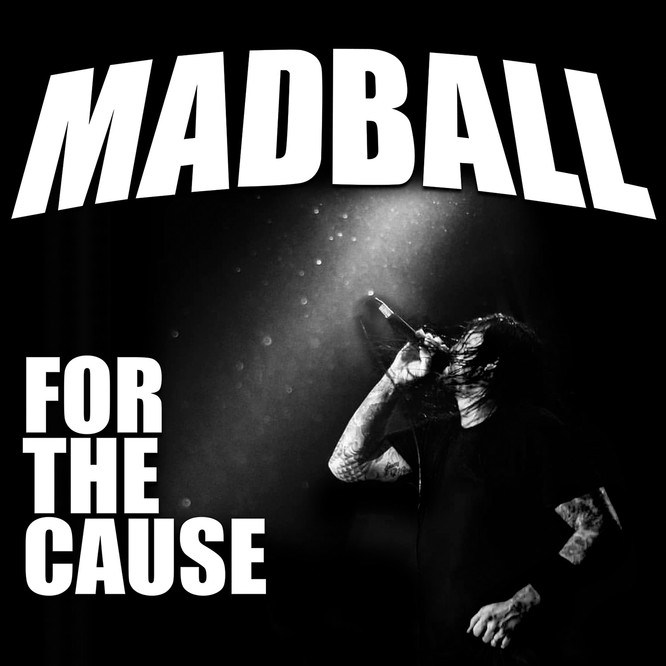 Raffy Reviews - Madball: 'For The Cause'

Sturdy continuation of a hardcore legacy

For The Cause
by Madball

The New York hardcore scene is one of great influence, historical value, and substance as well as prominence within the core community as a whole. Overall, this part of the country has given rise to countless notable acts; including, but not limited to: Full Blown Chaos, Sworn Enemy, All Out War, etc. Madball is one of those NYC outfits that happens to fall into that category. Having its humble beginnings in the late 1980s and originally known as a side project of pioneering band Agnostic Front, Madball has been kicking it for the last three decades, with a hefty nine full length albums under their belt, in addition to numerous other releases, line ups, and live shows. And, with that in mind, we have their latest to check out...

For The Cause is Madball's ninth and newest full length release unveiled via Nuclear Blast in June of 2018. The dozen or so track album goes a long way in preserving the band's oldschool vibes, with the guest spots, choruses, and overall atmosphere being great testaments to that notion.

As mentioned previously, For The Cause does feature countless nostalgic feels and vibes to the artist's earlier works. The band is tight throughout, for the most part, and the couple of guest spots courtesy of Ice-T and Tim 'Timebomb' Armstrong (of Rancid fame) are added in well. The chorus lines are pretty strong, especially in songs like 'Damaged Goods' & the self-titled track. All in all, it's nice to have the innovators over at Madball back for yet another effort.

While For The Cause does have some redeemable features to it, there are still quite a few things to critique about it. For instance, the album is hardly any different from anything else the band has put out, especially in regards to the instrumental front...though this is not the best criticism when it comes to the genre itself. Also, some of the songs could've been more fleshed out and included more things like guitar solos and such.

In conclusion, Madball's latest offering demonstrates both sides of the coin — meaning both their oldschool aesthetic as well as their subtle innovation are on display here. A sturdy continuation of the hardcore legacy consisting of some stellar riffs, rebel yelling, and familiar faces is what you will find here. Sure it's nothing new, impressive or surprising...but, it's decent enough to warrant a listen, especially for older fanatics.

Fave Tracks: 'Evil Ways', 'For The Cause'