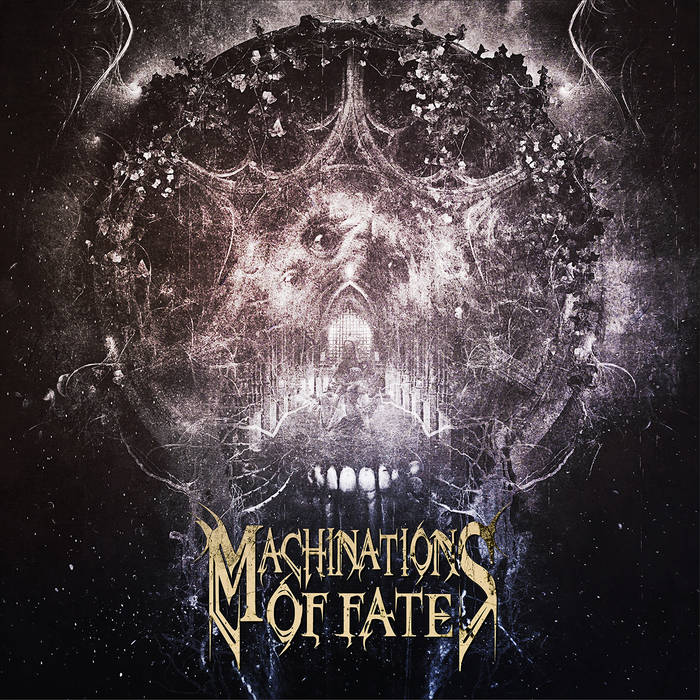 Kentucky, US-based eclectic heavy metal dealers over at Machinations of Fate are now on the radar with their debut full-length album. This release, which brings together a collective ensemble of different musical elements, metal influences and destructive forces follows an eight year gap from the band's first demo back in 2012. The thrashy death trio have come a long way since their formation, even gaining a spotlight under the Redefining Darkness Records label. So now, without further ado, let's take a look/listen at the band's self-titled first effort, which features over forty minutes of both melodic and heavy content packed into ten tracks of entertainment to be had.

First song of the album isn't much to discuss, pretty much one of those instrumental build up tracks to the actual music, albeit with a bit more nuance on the melodic acoustic guitars and atmosphere. If there's two things I could take away from listening to this release, it's that there's a ton of ambiance/melodic instrumental sections and some really solid production quality to tie it together. Additionally, while there isn't much guitar solo action, since it doesn't fit too much here, the riffs throughout are always catchy as hell, blending with the formidable blast beats and somewhat familiar death metal vocals. Tracks like 'Bedlam in the Far Reaches' and 'Rendering the Fragments of Loss' really break away from the brief melodic compositions with their relentless thrash chaos mixed in with varying tempos and insane Children of Bodom/Dissection blackened riffs throughout. There is a heavy balance, with a lot more crazy, fast stuff going on in the album's latter half, which juxtaposes with the more melodic first half. At the end of the day, to me at least, this release is really worth checking out for the nostalgic, almost experimental nature of the mixture of all the different distinct death metal subgenre elements combined. If the Children of Bodom riffs/vox don't get you, then the thrashy death-like, Power Trip-esque sections are sure to.

I'd have to say that, overall, the all too frequent melodic intermissions, thrashy pacing and riffs, blackened death metal vox, blast beats and more really conflict with each other in a surprising way that culminates into something truly wonderful to hear. It's also an album with a lot of very aesthetic ambiance and all around great vibes despite some of the breaks between the madness becoming a bit mundane towards the release's middle portion. This one would be suitable for the fans of a bit more atmospheric or melodic heavy metal with hints of thrash riffs, perhaps in the vein of stuff like Revocation or maybe closer to Burial in the Sky, who we've talked about in the past on the site (so check out that review if you can, too!). All in all, it's a strong start for this new band.

Fave Tracks: 'Bedlam in the Far Reaches', 'Rendering the Fragments of Loss', 'The Malformed Archetype'

**This album is available now here!**