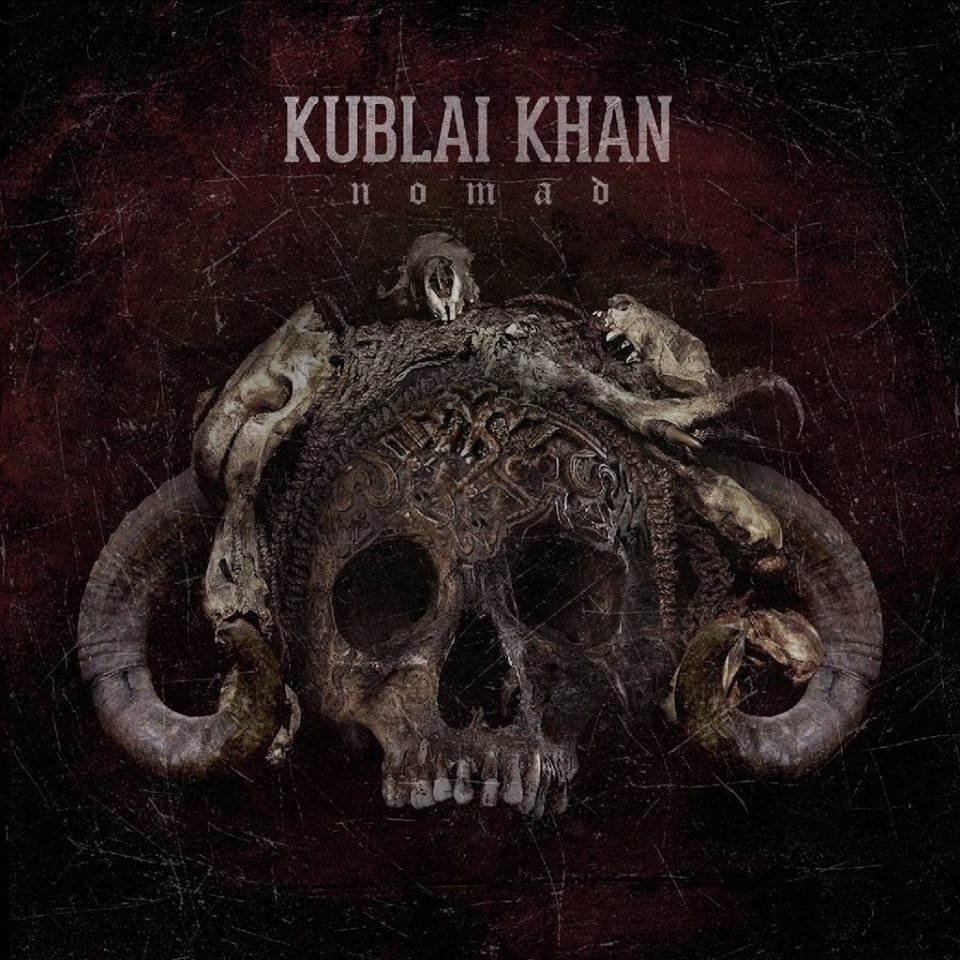 A brief, yet entertaining record that offers a lot of new strength, but brings little new elements to the table

Background: Within the last decade or so, there has been a massive influx of the newer variety of hardcore bands coming onto the scene and making a name for themselves in the core community. Many of these modern acts strive to incorporate the traditional hardcore punk essence with elements of metalcore and deathcore as well. Such musicians include the likes of Harm's Way, Expire, Knocked Loose, and today's featured band: Kublai Khan.

Band History: Kublai Khan is a Texas-based four piece hardcore band that, since 2009, has mixed the genre with elements of metalcore. So far, the group has recorded and released one EP and three full-length albums (this one today being their third). They have since moved from Artery Recordings to their newest label, Rise Records. They can be thought of as a more modern version of The Acacia Strain, with similarities and differences throughout.

Album Breakdown & Pros: Today's release, titled Nomad, is one that is relatively brief, only clocking in at about 30 minutes or so. The new strength or energy that is present on this latest offering is as heavy and loud as ever. It is clear the band has not lost their luster or charisma yet. Nomad succeeds at being even more aggressive and edgy than their previous works, and this is evident through their lyrics and themes revolving around deception, violence, corruption, anger and being lost in one's own world. All of the instrumentals blend in together very well, with great production quality and mixing/mastering to go along with it. The bass lines are prevalent and audible in some sections, and the breakdowns make you want to mosh till the cows come home. The band, overall, is great at playing their instruments and at performing the hardcore/metalcore genres. The vocals leave a lasting impact, with the same energy we've heard in past releases. The two singles, titled "The Hammer" & "Belligerent", are among the best the album has to offer...and the music videos that go along with them are pretty cool as well. In general, the songs are well written and boldly executed.

Cons/Shortcomings: While this new album does many things well in its own right, there are still some downsides to it. For one thing, and this first fault may be more of a personal qualm, Nomad's length ends up a bit on the shorter side. The tracks on this release are only about two or three minutes each and, even though this is par for the course when it comes to a lot of music within the realms of this genre, this aspect leaves you wanting more. Secondly, the music on here is mostly very similar and reminiscient to their other works. For some, this may ultimately be a positive note, since the audience knows what they're in for and many fans will hear the same sound they've grown to enjoy. However, other enthusiasts who are searching for a bit more variety or innovation, which will add something different to the band's sound or to the genre as a whole, may be disappointed. When it comes down to it, Nomad has lots of similarities to earlier works and hardly brings anything new to the table. The final negative of the new album is the lack of creativity on the artwork. I know it seems trivial, but countless bands have done the "skull and bones" aspect in the past...and it gets a bit tiring.

The Verdict: In conclusion, I'd be lying if I said that I didn't have fun with the new Kublai Khan release. Despite the few faults that are present here and there, Nomad still succeeds at doing what it does and ends up being a decently entertaining and enthusiastically assertive core album; with tons of energy, lots of emotion, and stellar musical ability and writing to boot. Even though Kublai Khan didn't necessarily bring many new elements to the table with Nomad, they still succeeded in refining and strenghtening their established sound and it is safe to say that this band has "a good head on its shoulder", so to speak.