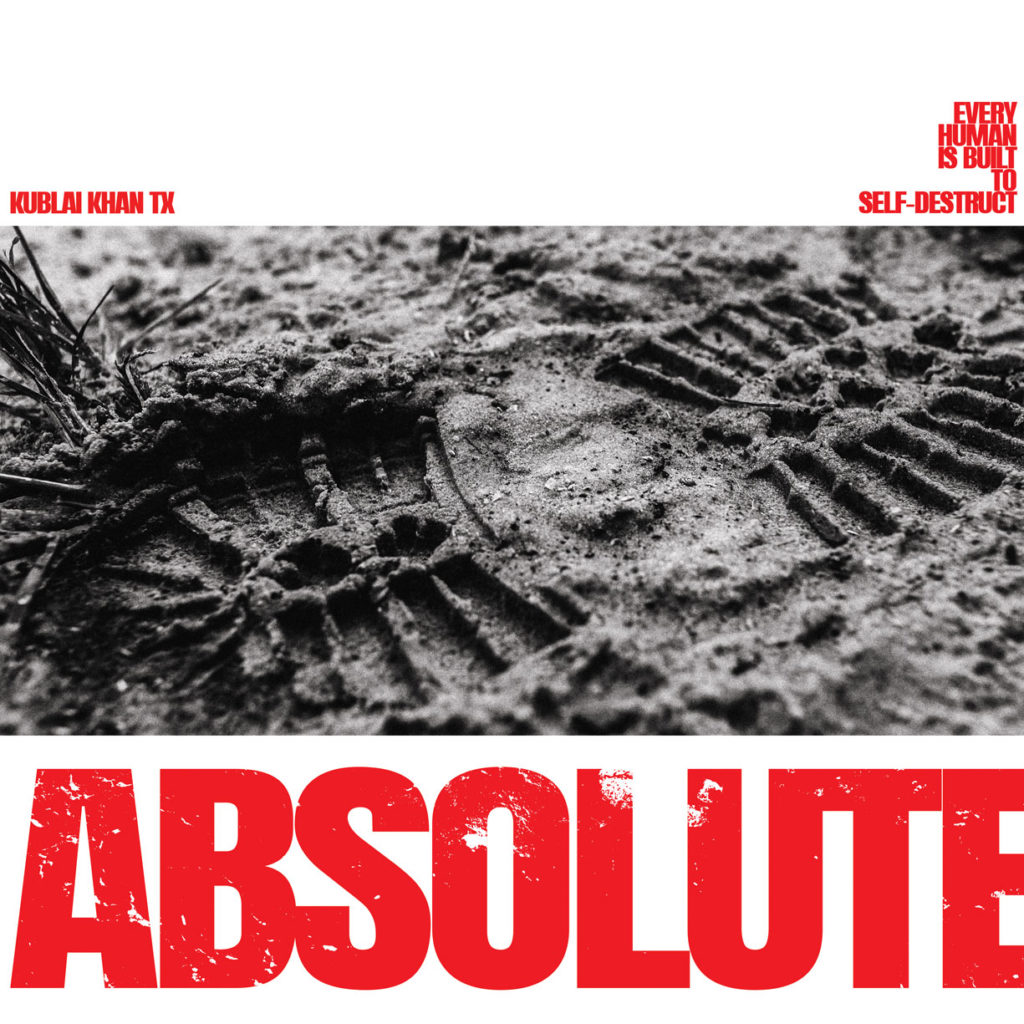 A little step up from the previous with issues afoot here and there...though ultimately more innovative

For those not aware, Kublai Khan is a band that we've reviewed on here before way back when their last effort Nomad hit the shelves and our computer screens. And, for reference, I thoroughly enjoyed (and still do to this day) the debut as well as New Strength. Nomad kinda took a step back and devolved the band's sound for me though, so it still stands as my least fave. The Texas outfit has been around for several years now and take influences from such greats within the hardcore community as Harm's Way and, for the sake of argument here, The Acacia Strain. Now now, bear with me elitists, I want to elaborate that I always found resemblances between Kublai Khan's vocal style and that of Vince Bennett, but I digress. That was then and this is now, for Absolute is upon us now in all its glory. Ten tracks chock full of hardcore-infused metalcore content via Rise Records here we go!

'Armor of Goddamn' starts off the album with a whole lot of ambiance and a more melodic deathcore kind of feel as opposed to the other releases, which focused on a wholly hardcore vibe. Meanwhile, the following track gave me feels similar to a djentycore band of the 2010s with its main riff and mid chorus vocals, though its bridge section caught my attention for its mix of deathcore chugging breakdowns with beatdown slams and edgy vocals, making it one of my faves off of Absolute. Overall, the lyrics on this album are a bit more juvenile than before, with an emphasis on emotional relationship breakdown and anger towards close friendships, though the general message still stuck with me as strong as before mainly for the aggression behind the themes.

'Us & Them' has yet another catchy bridge section and 'Self-Destruct' is a track that sorta catches you offguard with its progression and riffs that lead into 'Lower Level'. The songs I didn't care for included 'High Hopes' since it didn't really do much to stand out from the crowd in my opinion. However, I felt a general sense of maturing when it came to the overall songwriting, especially in the latter half. It seems as though Kublai Khan has decided to stick with an edgy, yet at the same time emotional vibe throughout.

Kublai Khan's follow-up to Nomad is a resounding step up with a bit more innovation on the part of the band's vocals as well as the overall metalcore/modern hardcore sound mix displayed throughout the album's running time. Absolute is an absolute thrill to listen to on the first time through, though whether or not the sound holds up on repeated listenings is up for debate. It's a definitive improvement in a few ways, though, and a moderate return to form, I might add.

Fave Tracks: 'Self-Destruct', 'Boomslang, 'Before It's Too Late'

For Fans Of: All Out War, Harm's Way, Hatebreed, The Acacia Strain