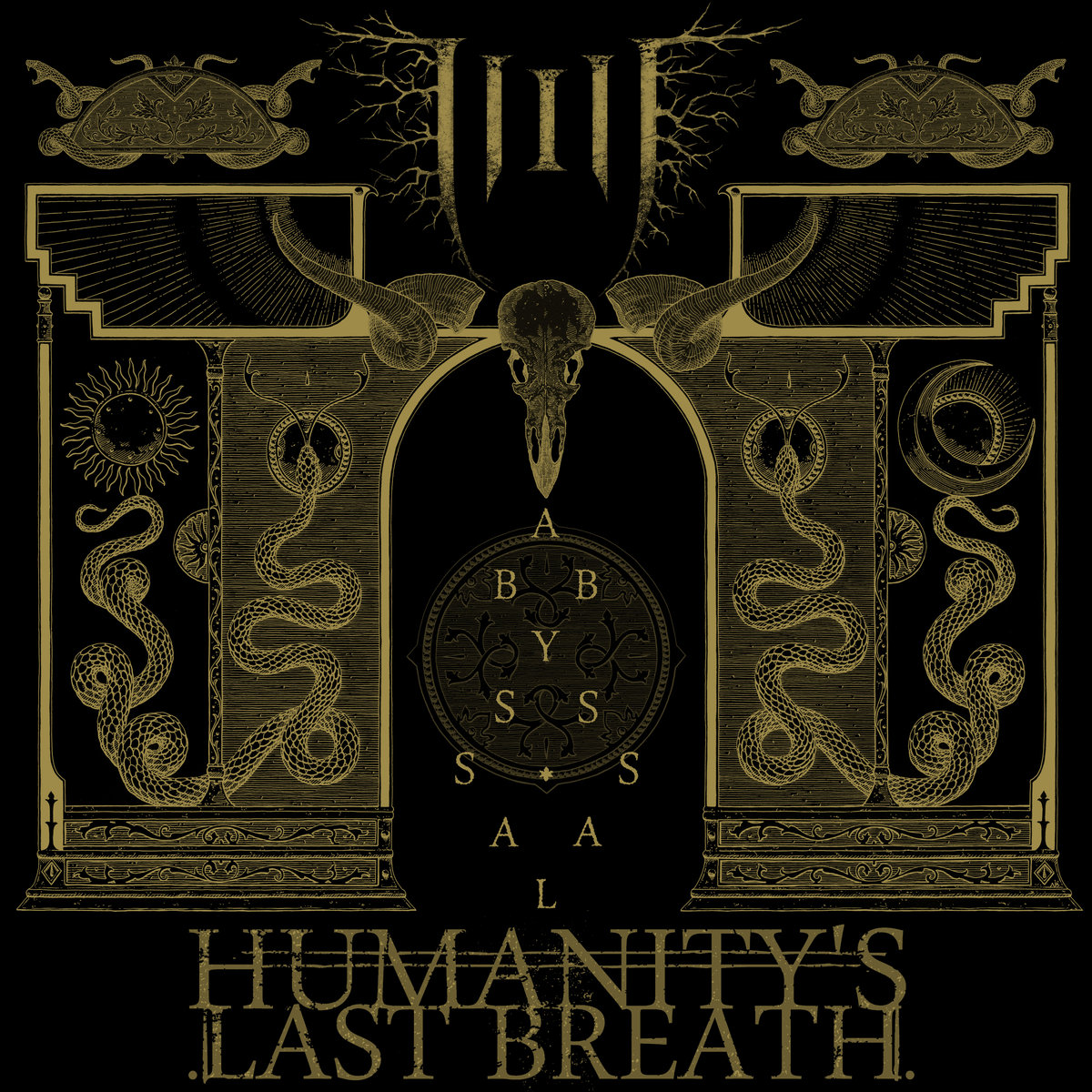 Humanity's Last Breath stands boldly as a cantankerous quartet worthy of potential and recognition within both the prog as well as the more extreme metal communities alike. Formed around a decade ago with the promise of blending progressive metal riffs with equally formidable brutality, this Helsingborg, Sweden-based outfit has dazzled the world over with the release of three albums...today's topic of focus being the latest of the bunch.

A long awaited follow up to the band's 2013 self-titled release, this dozen track third full length presents a rather lengthy ensemble of core-infused breakdowns, Meshuggah and Tesseract-esque polyrhythmic guitar riffage, eloquently technical percussion patterns, harsh death vocals and more. This Unique Leader Records release, produced by Buster Odeholm (who's collaborated with other similar acts within the genre such as Vildhjarta and longtimers Born Of Osiris), is a sure shot that'll either put you right down or pick you up in several ways, depending on the strength of your metalhead senses.

When I heard the very first single to come out called 'Bursting Bowel of Tellus' a couple of months back, I just thought it was alright and expected the rest of this release to be more of the same and just like its predecessor in nearly every way. However, as soon as the other singles rolled in (specifically those accompanied with a music video), I got more and more pumped by what I heard and psyched at the same time to hear the rest because of how different the following singles were and how much they attempted to branch out from the original sound.

'Vanda' sets off on a sludgey/doom-ey downtempo-esque vibe mixed with eclectic vocal styles and some melodic guitar work in the background. Later on, the song becomes even more melodic than before prior to transitioning into a full on black metal mode with some sick and quick tremolos and blast beats. I'll just say, for those who haven't listened yet, that the latter half of this single is chock full of surprises, even for more hardened veterans of these genres. Meanwhile, 'Fradga' is yet another really strong song due to the proggy, djenty riffs mixed in with deathcore vocals, droning breakdowns and sometimes techy or atmospheric sections that take form throughout. There is even a clean vocal segment within the track that really caught me offguard, especially since it's sandwiched in between two really heavy, brutal sections. This song really tries to incorporate a ton and a lot of it surprisingly sticks.

As far as the rest of Abyssal goes without spoiling too much, it's definitely stellar and has a lot of the unique structures and sound changes that were described in the previous two songs. If you enjoy the singles, you're in for a bumpy, but really enjoyable ride that'll take you places (figuratively of course). 'Bone Dust' is a personal fave that comes after the aforementioned so-so track 'Bursting Bowel of Tellus' and it really is the fastest and most chaotic song on here despite its more brief duration. On the other hand, 'For Sorg' is one short filler track that I could take or leave honestly since it doesn't do much for me instrumentally.

Despite that, though, the remainder of Abyssal is nearly flawless as far as a sludgey, proggy death-infused album goes. The songs that follow 'For Sorg', especially 'Sterile', have a really melodic and chuggy or oldschool deathcore vibe with the way the guitar tone is as well as the overall pacing. The late album songs really go hard...and the phenomenal production quality throughout that, in my opinion, easily overpowers the band's self-titled release really does all of it justice. 'Being' is one more late-game song that I didn't really know how I felt about at the end of the day. It's a filler track at the end of the day but it's also one that is sort of memorably heavy in its second half in a strange way. In general, however, the hits on this album are relentless.

All in all, Abyssal is representative of a hell of a ton more than a downward spiral into madness for the artists behind its conception. This effort rather holds onto a more matured and intricate structure of what its predecessor could've been. There is greater variety and more surprises within the songs as a result, particularly focusing on the singles as well as the more fleshed out and "meaty" tracks that incorporate the band's older S/T sound with their current. What you get as an end result is a chuggy and proggy journey down into the depths of a truly terrifying ambiance mixed with equally nuanced, heavy, assertive and occasionally brutal songwriting. A plus for both newcomers to the genre(s) involved and oldtime fanatics of the music and artist alike.

For Fans Of: Aegaeon, Meshuggah, Vildhjarta

**This release is available now here and on Bandcamp here!**