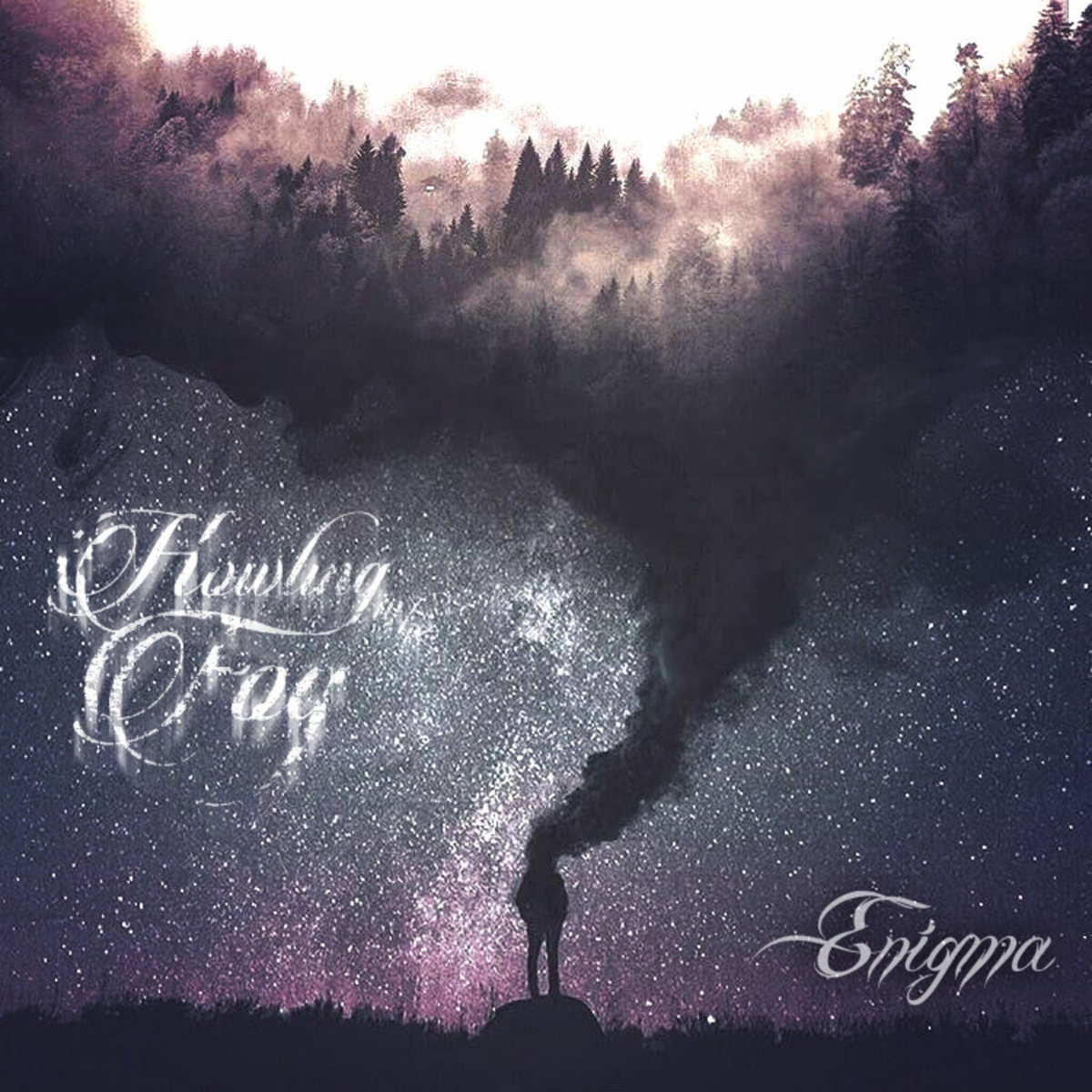 Enigma
by Howling in the Fog

Howling in the Fog is a one-man atmospheric/ post-black metal project based in Trento, Italy. The band, which was created by "Der Antikrist Seelen Mord" (AKA Gabriele Paolo Marra), has been thriving in the underground blackened extreme metal world since roughly 2010.¹  With an impressive six full-length album streak released under a couple different record labels, this single-handed project has already made its mark in the territory. Most recently, Howling in the Fog's latest album was unveiled. Is it worthy to the rest of the discography? Let's see.

Howling in the Fog's new release titled Enigma is a full-length ambient offering clocking in at about one hour in length and is also comprised of a dozen musical tracks in total. The album mixes elements of black metal and the kvlt realm with other influences linked to post-metal with very atmospheric backdrops in all. It seems to make itself out as a concept album as a whole, but the themes and lyricism is a bit of a mystery overall. Enigma is both melodic and dissonant, ambient and loud, as well as experimental and innovative all at the same time.

Personally, the general feel and vibes of this album are what really grabbed my attention and piqued my interest levels. From the very start, the feel is dynamic and melodic for the most part. The vocals take a back seat a lot of the times...but it's ultimately for very good reason. Enigma strives to be a more atmospheric release that crawls under your skin slightly rather than a loud and upfront album, and I was okay with that notion going in. The instrumentals really work all around and succeed in creating an invigorating yet somber setting for the music. Even the vocals are treated as just another instrument within the larger composition. Once in a blue moon, there will be an instrumental track to break it all apart, which is a nice touch as well.

Negatives include my desire for greater inclusion of the vocals as well as increased variety. It's more of a personal thing, but still something to mention. In addition, there could've been more prominent distorted guitar parts that would put the mood into a heavier tone.

In conclusion, Enigma by Howling in the Fog is an entertaining release that creates an open and relaxing, yet somber and distorted, ambiance throughout its running time. It is truly an impressive feat, and it surely holds up to the rest of the discography. While there are minor details that could've made it a flawless album, these faults are outweighed by its innovation and catchy melodicism. It's solid atmospheric black metal with a hint of The Contortionist..

**Enigma by Howling in the Fog is available now digitally at Bandcamp!**