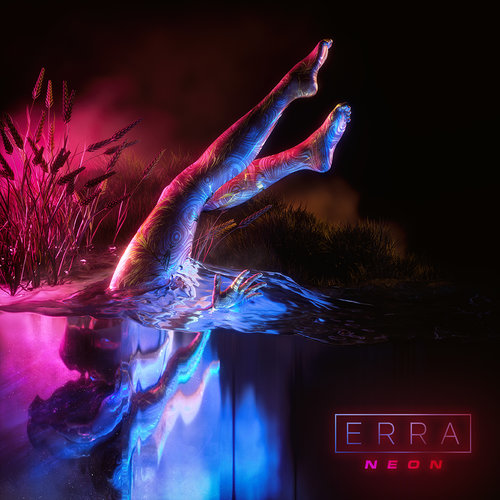 By this point in time, the band known as Erra needs minimal introduction...especially to the progressive-core/djent subsect of the metal community. Formed in Alabama nearly a decade ago, the five-piece outfit has, thus far, released three EPs as well as four full length albums and now perform and record under the Sumerian Records label (after switching from Tragic Hero midway into their career). The band plays a sort of melodic style of metalcore with some progressive elements mixed within.

Neon serves as the band's fourth full length released on August 10th of this year. This approximately 40 minute release consists of ten tracks and also marks the second album with former Texas in July frontman J.T. Cavey. The overall themes here are similar to the previous albums; however, the musical content found in Neon has many surprises.

I thought that the vocal variety and mix was generally a step up from Drift. It may not be up to par with Augment-era vocal content, but it does its job adequately throughout. The mixing and production quality aids quite a bit in the overall music, making sure that every blissful note, chord and pattern is audible to the best of abilities. With that being said, I especially liked some of the instrumentals in songs like 'Breach' and 'Expiate', which, along with 'Hyperreality', were arguably the highlight tracks of Neon for their flow, melodies and guitar lines that mix in with the interchanging clean-unclean vocals. 'Hyperreality' and 'Unify' are especially strong songs due in part to the older prog-core sound akin to early The Contortionist and such.

Only a couple of things to mention here in terms of the apparent negatives. For one thing, I thought that many of the guitar riffs felt recycled, especially on tracks such as 'Monolith' and 'Disarray', which, in my opinion, were two of the album's weaker efforts. Also, the breakdowns weren't as prevalent or entertaining as in the previous releases, save for a few.

In relation to everything that's been said about Neon, I personally thought that, by the end of it, this album left me more satisfied and with a better feeling than Drift. All in all, it was more memorable, genuine and emotional than its predecessor. And, while this type of music may not be top-tier for its genre, it's still fairly enjoyable and well-structured for the most part.

For Fans Of: Invent, Animate, Northlane, The Contortionist