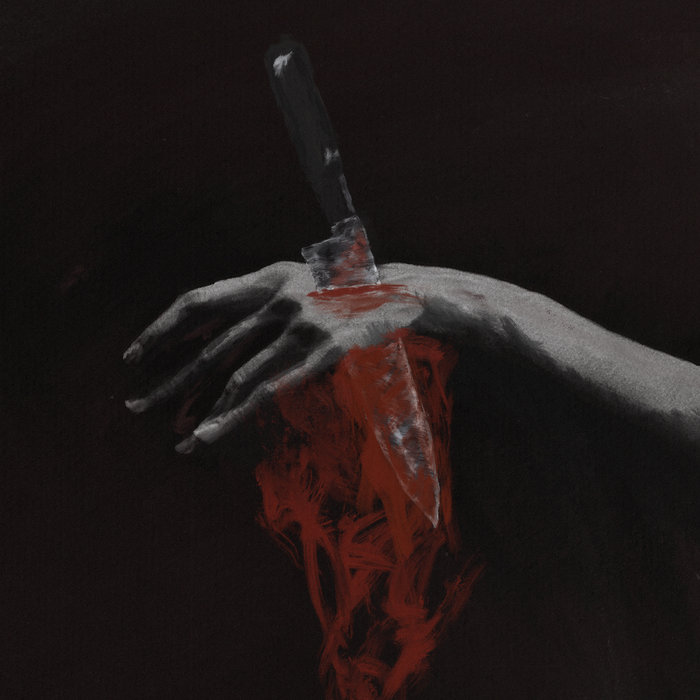 A perfectly somber and occasionally atmospheric, daunting composition that's near the band's high tiers despite a reused formula

Nothing Left To Love
by Counterparts

I've discussed the previous Counterparts effort on here around two years ago now, and, since this is somewhat of a follow-up (discounting the brief EP from last year), I figured I'd talk about this one, as well. To sum it up though, You're Not You Anymore was a mixed bag of cacophony consisting of countless melodic riffs, sparingly used hardcore chugging breakdowns, and some bits and pieces akin to The Difference Between Hell & Home as well as the Tragedy Will Find Us albums. For those who don't know, these guys are a Canadian quintet from Ontario who've been at the melodic hardcore game for around a decade by now. And now they're back at it again with their latest full-length. That's basically it...so strap in and enjoy the ride!

This one being the northern outfit's sixth chronological album to date, Nothing Left To Love brought up quite a few questions for myself and quite possibly others in its around half-hour duration spanning ten delectable tracks. For one thing, what's different this time around? And what can we expect in the near future?? This Pure Noise Records release has just enough material and content to make us ponder these questions and more.

The first track is little more than a buildup intro song with some dissonant atmosphere followed by chugging deathcore breakdowns (0's & 1's) as well as some of the vocals we expect to see later on. It sets the mood pretty well, but doesn't serve a greater purpose other than that, really. Meanwhile, 'Wings of Nightmare' has a pretty distinct early 2000s metallic hardcore vibe akin to stuff like Misery Signals and a lot of the other earlier Counterparts material we've grown used to. There's a lot of high note riffing mixed in with clashing guitar lines, melodic octaves and stellar progression. Similarly, 'Paradise and Plague', a song that takes its time to actually start up, has a really chuggy prog metalcore backdrop to accompany a very familiar ambiance and some clean vocals similar to the track 'Outlier' on the band's earlier album, which consequently makes this one of my fave tracks also.

Oddly enough, the middle portion of the album happens to be the most memorable overall, with tracks like the aforementioned in addition to others like 'The Hands That Used To Hold Me' really helping to shine through that borderline emo-core, sometimes Silverstein or The Ghost Inside-esque (but not quite) atmosphere. The breakdowns on here are pretty sparingly used similarly to the last, but the minimal effect is something I rather appreciate in this context. There is greater focus on the vocal aspects, with some core aspects in the background and countless high note tunes taking the stage in intermission sections of most songs. Some songs like 'Separate Wounds' have longwinded intros and others such as 'Imprints' get right down to it and leave the melodic breaks for later. The outro track especially gets a ton of credit for me personally because of how soft yet at the same time emotional it gets. There are a couple of songs that I hardly remember, but I generally likened a ton of the content to the previous album even though the formula is all too similar at the end of the day and it gets repetitive at times, especially in later songs.

Counterpart's newest offering titled Nothing Left To Love is somewhat atmospheric and definitely near the similar melodic playing field as many of the artists' previous efforts. The rather repetitious formula is beginning to rear its head, but the strikingly somber tones and themes ultimately made me a fan, a sucker if you will, for the daunting compositions (be they brief or longwinded) included on here. Once again, this one feels more like a continuation of its predecessor, but there are also a few things it does a tad better, such as its pacing and riff structuring. The content feels slightly more matured, as well. So, overall, I'd hand this one over to the closest sadboi metalcore/melodic hardcore fanatic pronto and I'm starting to see the signs that the ole Counterparts formula is fast becoming a rather appreciated and cult-followed staple of the hardcore community: for better or worse.

Fave Tracks: 'Paradise and Plague', 'The Hands That Used To Hold Me', 'Nothing Left To Love'

For Fans Of: Being As An Ocean, Stick To Your Guns, The Ghost Inside