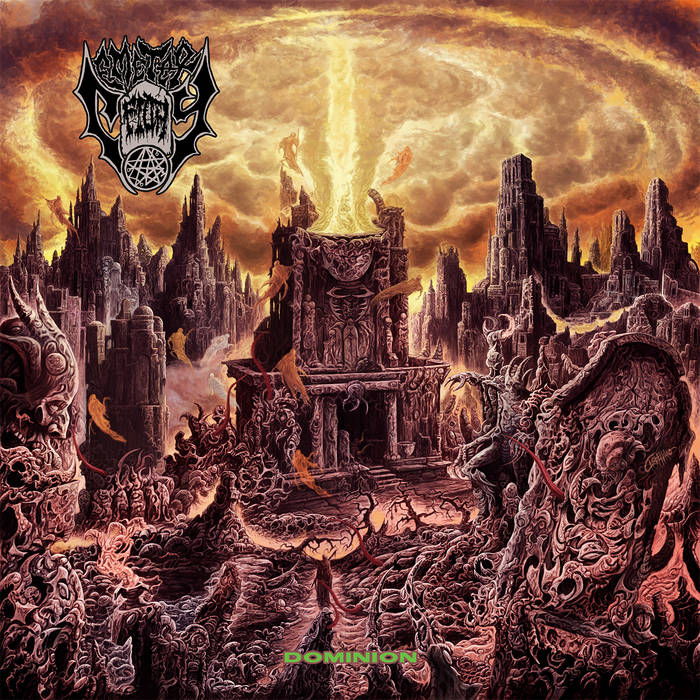 Fast and highly technical, yet oldschool sounding brutal death that gets the job done right from start to finish

Cemetery Filth stands as an aggressive four-piece death metal collective that is somewhat unique for the fact that, even though all of its members are spread out in different states in the southeastern US, operate jointly and are officially based out of Atlanta, Georgia. Since roughly 2014, the band has released a few splits, an EP and a brand new album in the form of their debut titled Dominion: AKA the topic of discussion for today. This recent full-length was released via Unspeakable Axe Records and sports a total of nine songs that culminates into over 37 minutes of content.

Long story short, the album's got a ton of familiar yet fresh-sounding vibes in the vein of that distinct 90s style of brutal death that's mixed in with a bit of that more modern, fast-paced techy death similar to stuff like Defeated Sanity. My personal faves off of the release had to be 'Paralytic Scourge' for its unorthodox and surprising structure shifts between fast tremolos and slam-like choruses, overall lightning drumming and tempo as well as its solo and deathgrindy outro; in addition to 'Churning of the Shallows' because of its instrumental madness and groovy bass lines in the mix. 'Dominion' AKA the outro track is another honorable mention that, despite its length, never really bored me. That little filler track right before it could've been taken out completely, though. I generally enjoyed a ton of the stuff in here.

Cemetery Filth's latest record Dominion sounds perfectly as foreboding, daunting and eerie as its own name would suggest. Listeners will find themselves in awe of the various technical and fast-paced nuances as well as the little oldschool feels that just kinda naturally come together. It's ultimately a plethora of Autopsy/Morbid Angel-esque vibes with some little additives thrown in nicely that'll dazzle even some of the more picky metalheads out there. So check it out now!