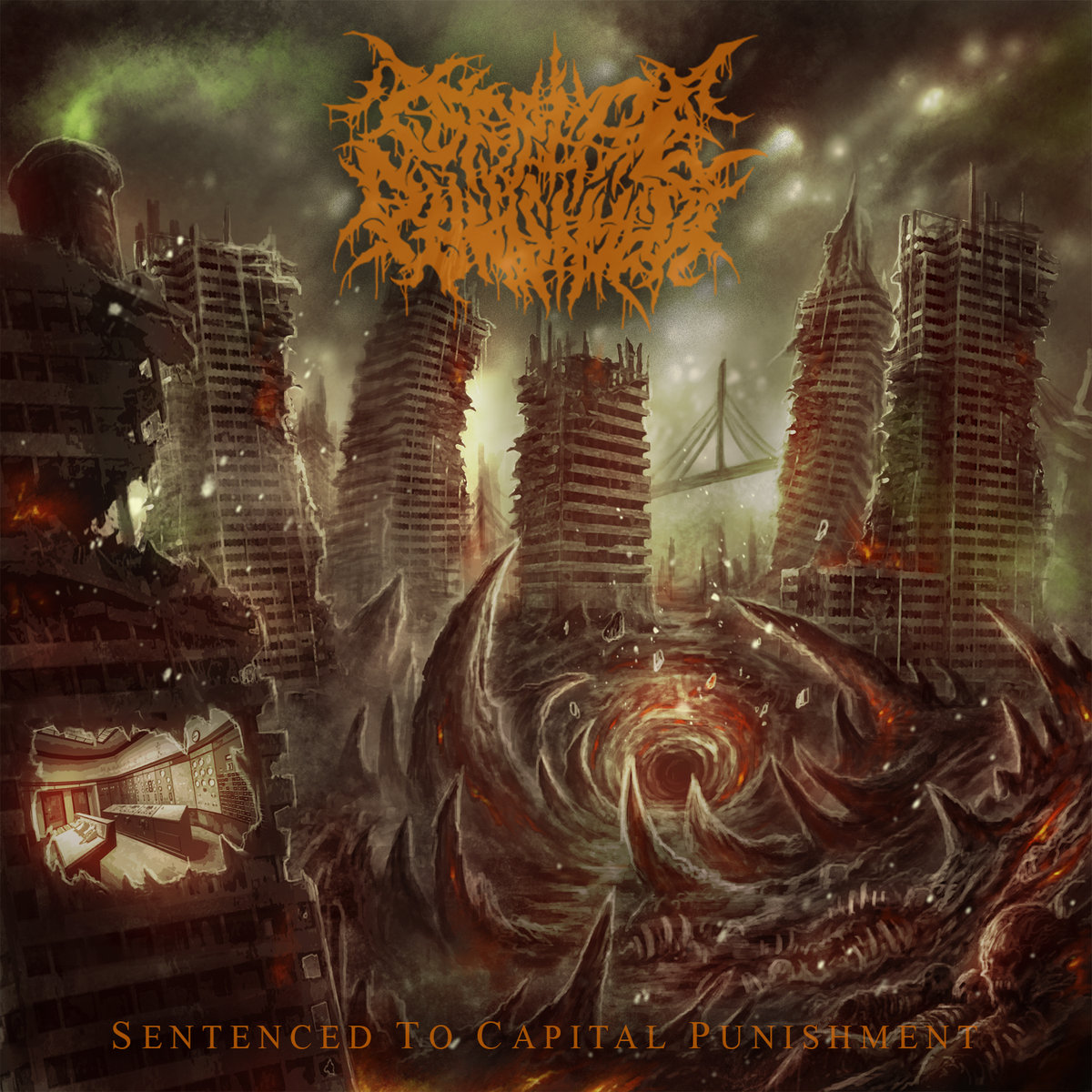 Capital Punishment is the rather br00tal name of one Manchester, UK-based slamdown (as I like to call slam with beatdown influences and vice-versa) project consisting of four lads trying to make a mark in the underground metal community via some edgy lyricism, distorted chromatic riffs, blast beat drumming and some tough guy vocals in the forefront. Not much else to say here about this one, aside from the fact that this album of the day is their debut full length and a somewhat solid start.

Wondering what the album breakdown is? Well, to be fair, this one has quite a lot...or, rather ones in the form of destructive slams and slowdowns. Jokes aside though, Sentenced To Capital Punishment is a dozen track dive into the worlds of both slam and beatdown, albeit with a few guest spots from a couple of other bands such as Colpocleisis (another death metal band local to the UK) and IDLE HANDS. This new release was done through the band themselves as well as having availability on Bandcamp digitally in addition to Rising Nemesis Records on physical CD copy.

From the get go, this album has some fairly decent buildup. The intro track begins with some eerie audio clips that lead into heavy chord riffing and some trash can sounding snare drums. However, once those aggro vocals come in, you know you're in for a wild ride. The slam riffing takes over halfway in and so do the pig squeals. All in all, the vocals on here throughout this release are comprised of mostly death metal mids mixed in with some brutal death pig squealing during slam sections and breakdowns. It works for the genre, but the squeals may take some getting used to. The titular track starts off with some solid bass lines and contains even more slammy madness than the first song. The snare gets somewhat annoying during roll sections, but I got used to the overall drum sound after a while. Overall, the songs have good progression for the most part but I wish there was a bit more guitar riff variety. The vocals have to be my fave part for their variety and the way they go along with the instrumentals. Also, my personal fave tracks off of this one are 'Insidious Impalement' for its epic slowdowns and outro, 'Chainsaw Heretic' mainly for its aggression, and 'Burning At The Stake' for its guest spot. Other songs like 'Trial & Error' and 'Judge, Jury & Executioner' are pretty take it or leave it, though.

Capital Punishment's new full length is a pretty good start all things considered and despite some of its setbacks. The production quality is definitely there and it helps to shine through all of the edgy brutality that this release has to offer. It's not necessarily anything innovative or surprising, but Sentenced To Capital Punishment delivers just the right amount of tasty slam riffs, ignorant vocals, fast drumming and over-the-top themes to leave listeners moderately satisfied with its 46 or so minute running time.

For Fans Of: Chamber of Malice, Mental Cruelty