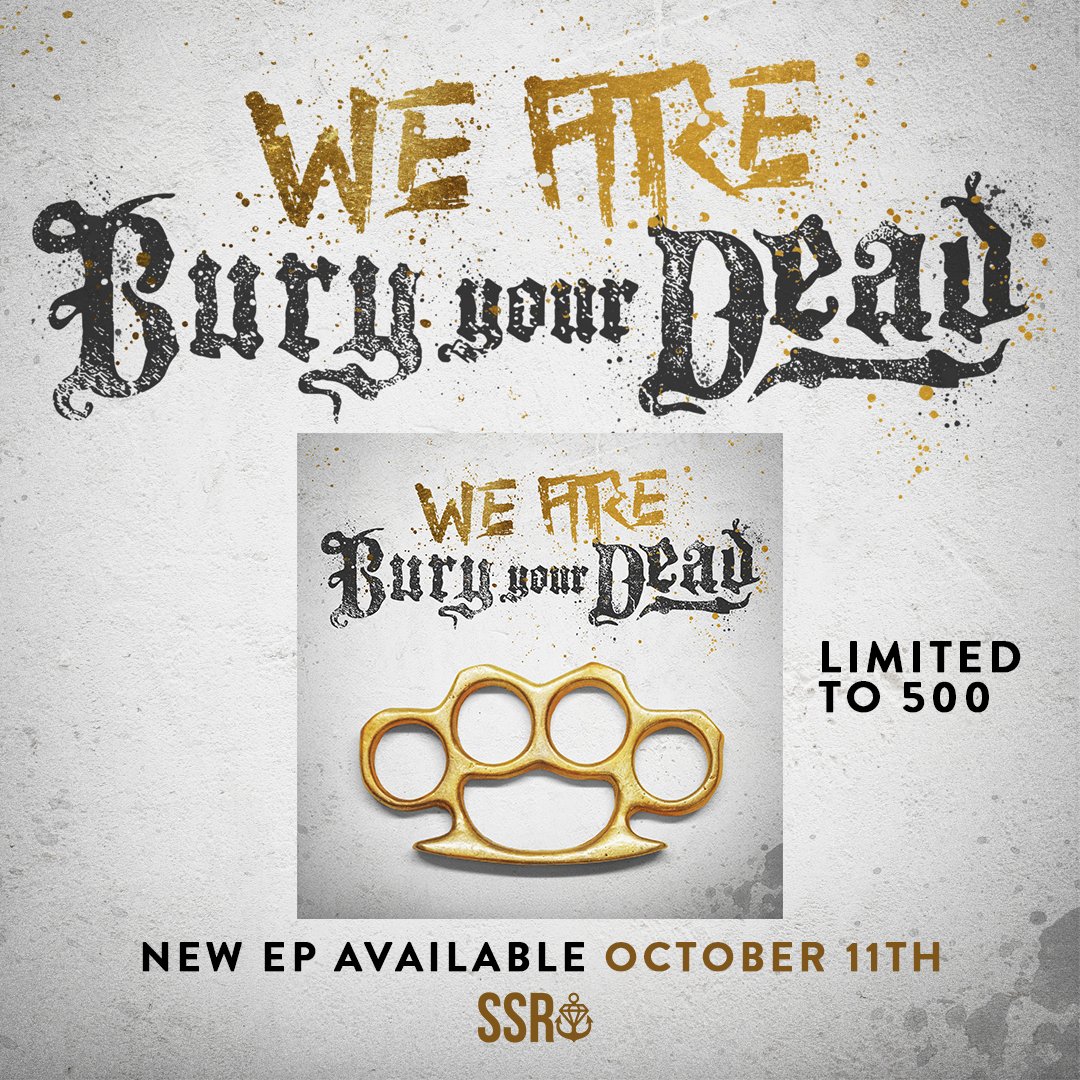 A generally stellar, but in some ways lackluster comeback for metalcore mix-masters

Bury Your Dead is a metalcore band founded in the New England portion of the US that threw in a lot of hardcore and more melodic elements into their mix. Since the Massachusetts outfit's inception in the very early 2000s, many great live shows, an abundance of stellar music (in half a dozen or so studio releases), and a ton of line-up changes followed suit and, soon enough, the band was put on the backburner. However, Bury Your Dead is now back in new form with a five track, 15 minute or so EP devilishly titled We Are Bury Your Dead via StaySick Recordings. Is it a return to form, or just a glimmer of newfound hope?

The opening song showcases a lot of oldschool hardcore aspects of the band and has a really catchy rhythmic tremolo riff that clashes with some aggressive mid and spoken word vocals in the mix. There is also an outro breakdown riff (get used to these here) that is kind of promising but ends off way too early in my opinion. Fortunately, however, the following two songs have a lot more solid chuggy-chug breakdown action that leads into slowdowns and also include some very eclectic sound production, interludes and ambiance, especially in 'Maverick'. The last two tracks aren't anything too special but mostly follow the same formula to an extent minus the memorable breakdowns and guitar riff action. The vocals are pretty hit-or-miss, as well.

For being the artists' first actual release in around eight or so years, the overall content featured on here isn't too shabby. However, on the flip side, it's that incredibly long wait that gave me such a profound and high level of anticipation when it comes to hearing new material from this band in particular, given how much I thoroughly enjoy the early albums. I ultimately found this newcoming release from Bury Your Dead kind of lackluster in some ways, mostly in terms of musical variety and riffs, despite the relatively stellar song structures. There isn't much to delve into here, and the content isn't the most gripping. I just hope this serves as more of a warm-up and preliminary recording for future masterpieces to come.