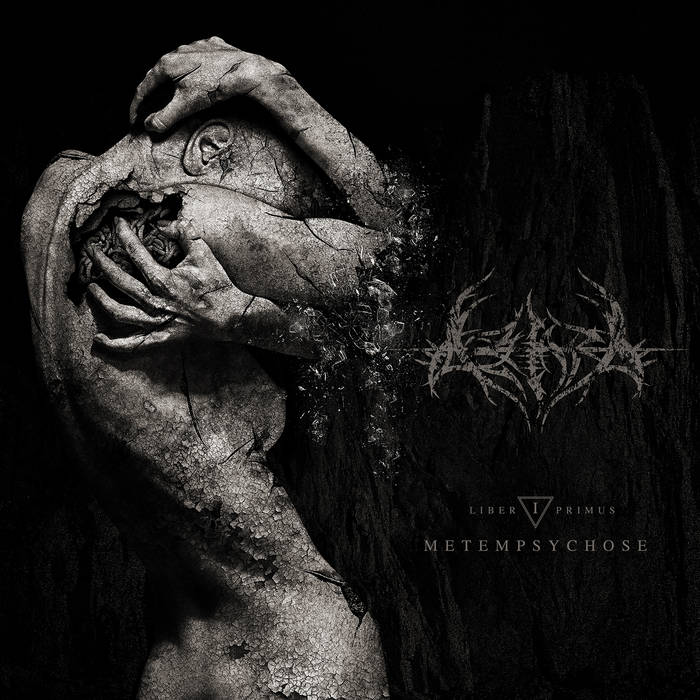 The black metal movement has blown up and spread all across the continent of Europe in the past decade or so. This next band, based straight out of France, is a five-piece blackened outfit with a few tricks up their sleeves. Performing under the KAOTOXIN/ MALPERMESITA record label, the band is now apparently exploring the human condition as well as the founding of its psyche. How do these concepts translate to their music? Let's find out.

Azziard's latest offering, titled Metempsychose, is a rather lengthy, ten track album. The music is mostly standard black metal with some melodies and death metal-esque riffs thrown in for good measure. You'll find the ole tremolo picking, fast-paced drumming, and harsh vocals as well as atmospheric quality akin to the genre.

The album itself is very fast paced. A lot of the times, the material borders on the blackened death area. The shrieking vocals are consistent and well placed for this record. The structure and overall mixing of different elements of black and death works very well. The guitar variety and atmosphere are the album's strongest elements, with the aforementioned melodics giving way. Production quality is really good and Metempsychose is an all-inclusive type of album, with all the blackened and death metal aspects that fans will surely appreciate. Make no mistake, you're in for a heavy and bumpy ride ahead.

The album is a bit standard or cliche at times, but the awesomeness of the music itself definitely overshadows this aspect. Also, there could've been a bit more done with the melodies aside from being in the background.

Metempsychose is a great underground bm album in its right. The release exhibits many of the kvlt-like qualities that make the genre so great, albeit with better production and overall listening quality. Curious to see what else the band will have up their sleeves in the future.

For Fans Of: Marduk, Behemoth

**This album is available now at Season of Mist and Bandcamp!**