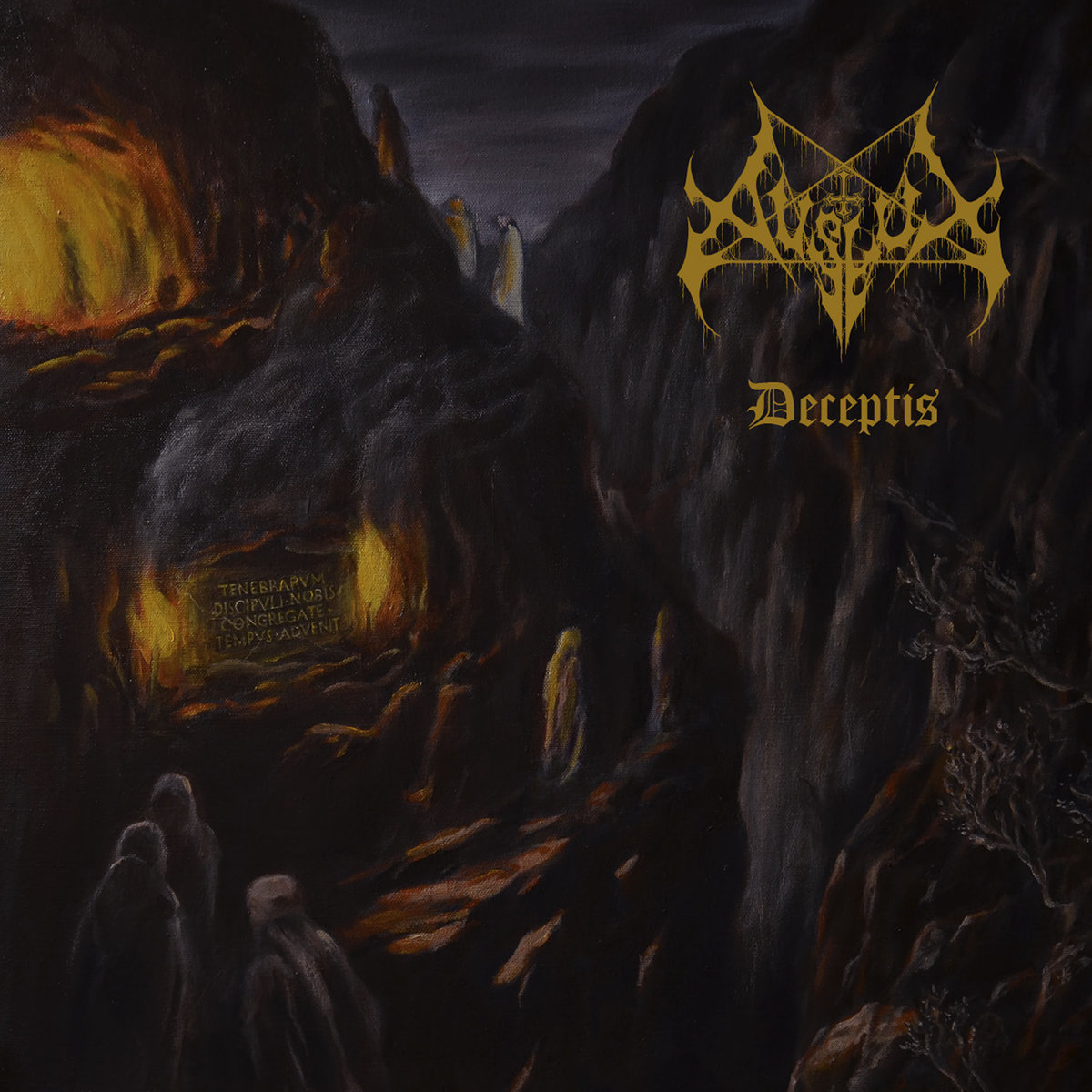 So we have come back to the blackened homeland of Sweden for one of the first reviews to kick off this week. Today's act is one that is truly hard to follow. Interestingly named Avslut, this new five-piece band hailing from Stockholm are here to present to you their own take on the black metal formula with their debut release. And how does it fare? Read on to find out.

This promising little full length album titled Deceptis marks the band's first or debut outing into its career. Released under the Osmose Productions record label, this 43 minute release offers nine tracks chock full of blackened content and features two guitars as well. The themes center around concepts of misanthropy, misery and with some mythological undertones thrown in there for good measure.

As for the music itself, it is precisely what you'd want in a black metal offering of this calibre. The production quality makes the entire album sound crystal clear from start to finish, especially considering the instrumental parts. Guitar lines are on point and never cease to entertain, with some death metal vibes on their tone and riffs. With that being said, these eclectic riffs are one of the stronger points of Deceptis. Sometimes you will have your standard black metal tremolo picking and high notes, while other times the death metal chugging and strumming will take over.

Some tracks such as "Existensens skugga" and "Evigt morker" have more melodic vibes to them with a strong atmosphere while others like "Martyrium" are straight up brutal and dominating. The drums also make a decent impact on the overall sound, with all the samples being very competent. Vocal parts are as dynamic and energetic as ever, with some great overdubs all throughout. In general, I've noticed that the odd-numbered tracks tend to be my faves, with "Existensens skugga" and "Martyrium" being most notable due to their blend of black metal and death as well as their melodies and riffs.

Only thing to mention here is the underutilization of the stellar vocals at times. Other than this, the album is a strong contender all around.

In all, Deceptis comes out as a formidable and outstandingly surprising release due to everything that makes it what it is. This album is undoubtedly a tough act to compete against as well as a strong start to a potentially great career. With its diverse and catchy riffs, energetic vocals, strong percussional sections, sprawlingly brilliant structuring and more, Deceptis ultimately succeeds in being nothing short of an epic black metal debut.

For Fans Of: If you are even remotely a fanatic of black metal or blackened death metal, then I strongly urge you to check this one out!

**This release is available now at Osmose Productions and on Bandcamp!**