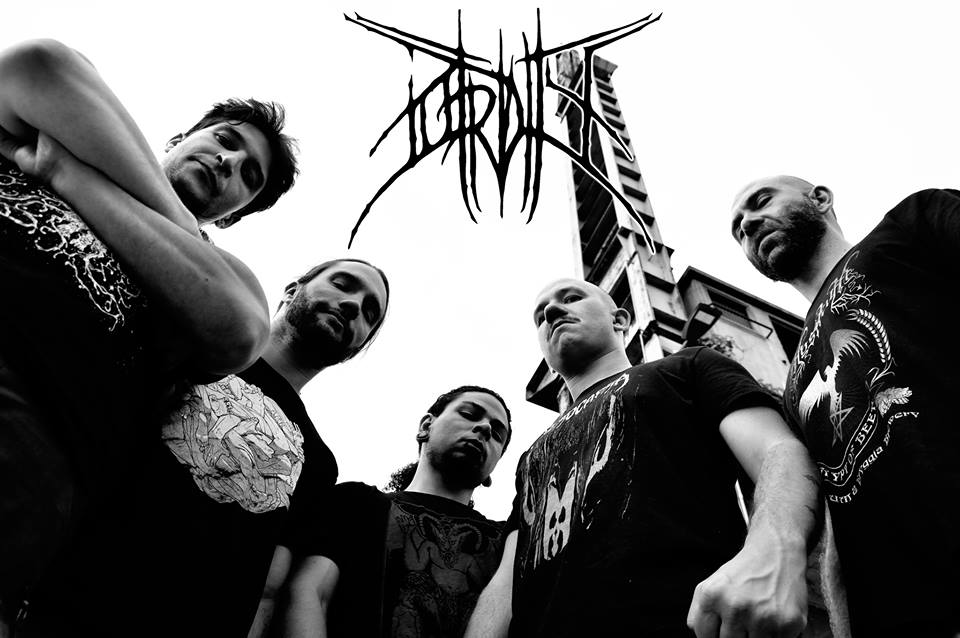 The recommendation for this week is an artist coming out of the brutal death scene that's been dominating the genre and taking the online/underground metal community by storm with a blend of techy (sometimes proggy) riffs and a ton of brutal ambiance. The Italian stallions I'm talking about here are none other than Piedmont's very own Putridity. These Willowtip Records-signed metallers have been at it for well over a decade now and are still going strong, judging by the success of their latest 2015 full-length release in addition to their social media activity and tour dates. There's not much talks about new music from the guys just yet right about now, though that's not why we're here today. So let's take a closer look at how the genesis of Putridity came to fruition and why y'all should check em out.

The beginning was right around the year 2005: when the band was just a one-man project. Back then, CD-Rs were released to the public of a brief ten minute demo of a few songs, which, oddly enough, led to a record deal with Despise The Sun Records. There's not much else to say about this early demo, except for that the tracks on here (which are unsurprisingly enough lower quality) would go on to be rerecorded for a promo and, eventually, the band's debut full-length, and an eventual re-release, as well.

Then, all of a sudden in 2007, the one-man project got a couple more members in and recorded a nine song full-length titled Mental Prolapse Induces Necrophilism, which was released via Permeated Records. It carried over the gory themes, but with more 'meat and flesh', both lyrically and figuratively. This new album proved to be a fast-paced effort with a ton of techy vibes and overall songs that were rather shorter length, sometimes giving off a kinda grindy vibe. The vocals were disgustingly gross, low sewage gutturals and high-pitched squeals, like a lot of slammy brethren before them such as the likes of Vomit The Soul & Disgorge. The instrumentals themselves were a mixture of double bass drumming, palm-muted slams, pinch harmonics and some buzz blasts in the middle of it all. It was dumb, edgy, assaulting to the senses, loud, low-fi, everything you'd expect from a release of this calibre...you name it, it had it. The slam section and bass licks in 'Molesting Vomited Decapitation' and the progressive sort of buildup in certain songs like 'Conscious in Rigor Mortis' as well as the fleshed out structure, opening lines and outro ambiance of the last track really tie everything together and were some high points on the album that made listening to it all worth it. ALBUM RATING: 7.5/10 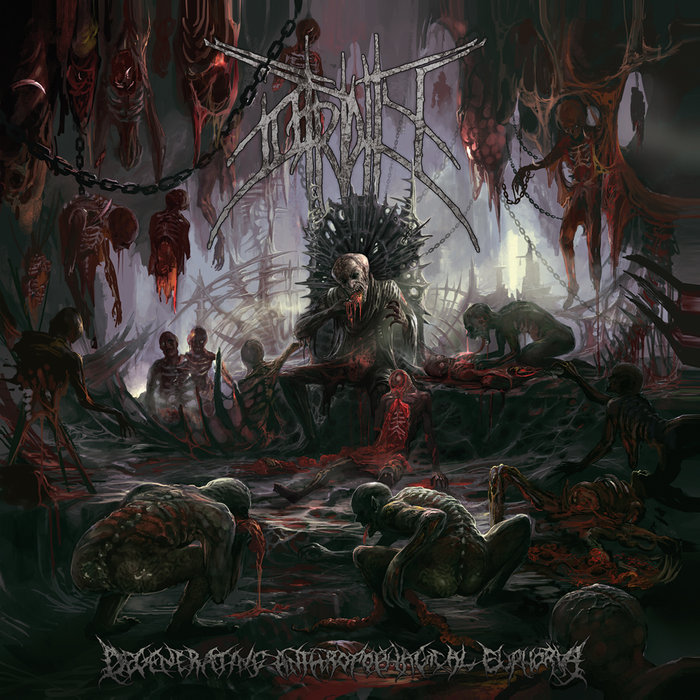 The debut aside, we now get to the sophomore release Degenerating Anthropophagical Euphoria. This one, released in 2011 via Willowtip Records, largely followed the formula of its predecessor, though the technical aspects were slowly being dragged in this time around. It was nine songs again, though with a shorter running time, with it clocking in at slightly over 24 minutes (as opposed to the debut's 27 and change minute duration). The recording quality and riffs were arguably better on here, and it shows on tracks like 'Cannibalistic Postclimax Flesh Consumption', AKA the opening song that literally starts out with a f-ton of harmonics, lightning blast beats and tremolos as well as an interesting bass line that kind of reminded me of Cannibal Corpse's 'Hammer Smashed Face' due to the way it popped out of nowhere in my face so abruptly. And that's not all! The album gets faster and more insane as it progresses, with the gutturals sounding more and more energetic on every passing song. There are some Dying Fetus vibes here and there and 'Innate Butchery Aptitude' stands as a slammy, yet techy track in the vein of Defeated Sanity (AKA one of my all-time bdm faves) and keeps the energy strong despite the short length and filler instrumental track shortly before it. ALBUM RATING: 8/10 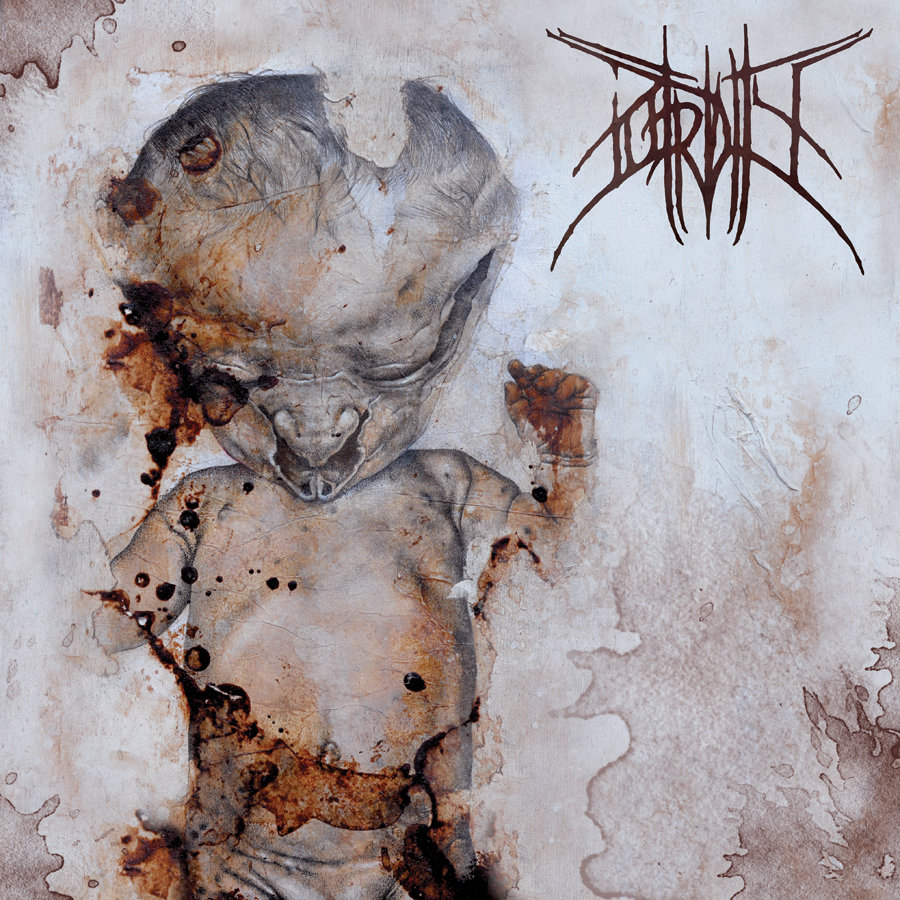 And now we get to what is, in my opinion, the cream of the crop and the heavy hitter of the band's discog...the one that made them: Ignominious Atonement. I say this because, while it's short just like all the other Putridity releases, it also happens to possess the most musical ability, technical prowess and disgusting themes/lyricism put into one album. It all starts out with a blasting snare pattern that suddenly breaks into a hammering guitar riff packed with harmonics and OSDM-styled growls. The general sound of this one feels much more matured and thought out than the other two albums. The slams on here are also used more sparingly, giving way to stellar riffing and lightning drums. The breakdown at the end of 'Conceived Through Vermination' is one great example of how to end off a brutal death song. 'Dead Festering Drainage' also contains more of the heavy as all hell slammery, toilet vocals and trash can snare patterns that a lot of the more modern bdm artists in the scene like ot utilize if you're into that. There is also an occasional low-fi feel with how the songs pan out towards the end and with how the audio samples are used, production aside. 'Mortifying Carnality' is yet another one I have to mention for its consistency and flow, with a hook riff dedicated to chromatic riffs and double bass. It sort of has a melodic backdrop at points, too. All in all, this release happens to be the grooviest and most well-structured of the bunch. ALBUM RATING: 9.5/10

Putridity has some bangers under its belt, no doubt. And the transition from grindy, oldschool death to the newer modern-technical, slamming brutal death kinda helped to put them on the radar quite a bit in their respective scene. They've gained a considerable following in recent years and should really release some new music in the near future, which I'm sure many of us would be dying to hear. But, as it all stands at this very moment, these Italian masters of their brutal craft have got the formula down pretty decently. It's just a matter of how they will utilize these abilities in years to come.

**Check out the artists' merch here!**