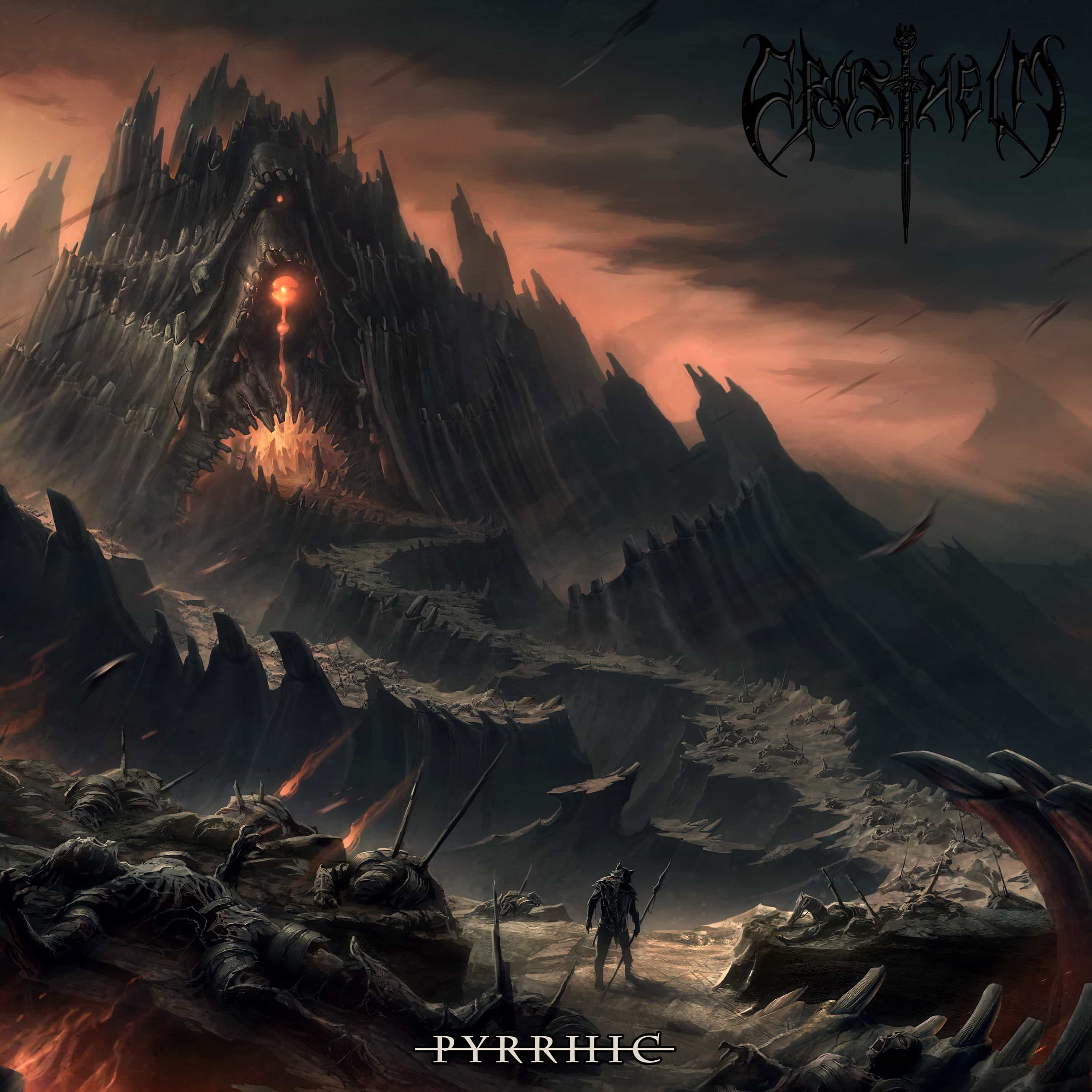 What I Like: The Endless Winter was among my favorite underground releases of 2015: pure, balls to the wall blackened thrash with vicious guitar tone and some serious attitude. 4 years later, Pyrrhic finds the band looking to expand the scope of those same foundations. In a way, this album is Frosthelm's Master Of Puppets to the debut's Ride The Lightning. The hooks are still there, the thrash roots are strong; but the songwriting has shifted in favor of something much more epic and expansive. This becomes clear right from the outset with "A Gift Of Razors," which at nearly 6 minutes takes the listener on a multifaceted journey through various modes of black and thrash metal.  From ripping D-beat and face melting solos to icy, ominous tremolo melodies, it's a fine introduction to the album's more progressive aspirations. And it only gets better from there. Tracks like "The Serpentine's Embrace" get me seriously pumped with the collisions of Swedish melodic black metal riffs with West Coast thrash fury. As I stated before, "it's like 'The Toxic Waltz' in a blizzard," but this time in glorious widescreen.

Critiques: If I'm comparing these albums on pure enjoyment value, I'm still partial to the straightforawrd, aggressive approach of the debut. That said, I think that a hybrid of the two approaches could lead to something truly impressive. Variety is the spice of life, and the epic moments will stand out more amidst some more traditional 2-3 minute thrashers.

The Verdict: With Pyrrhic, Frosthem have definitely stepped up their songwriting chops and broadened the scope of their sound. I still find myself yearning for the simple pleasures of ragers like "A Storm Of Teeth," but overall I am really pleased with how this album came out. Count me interested to see where they go with part 3, and be sure to catch out band interview on the Trench Talk Podcast.