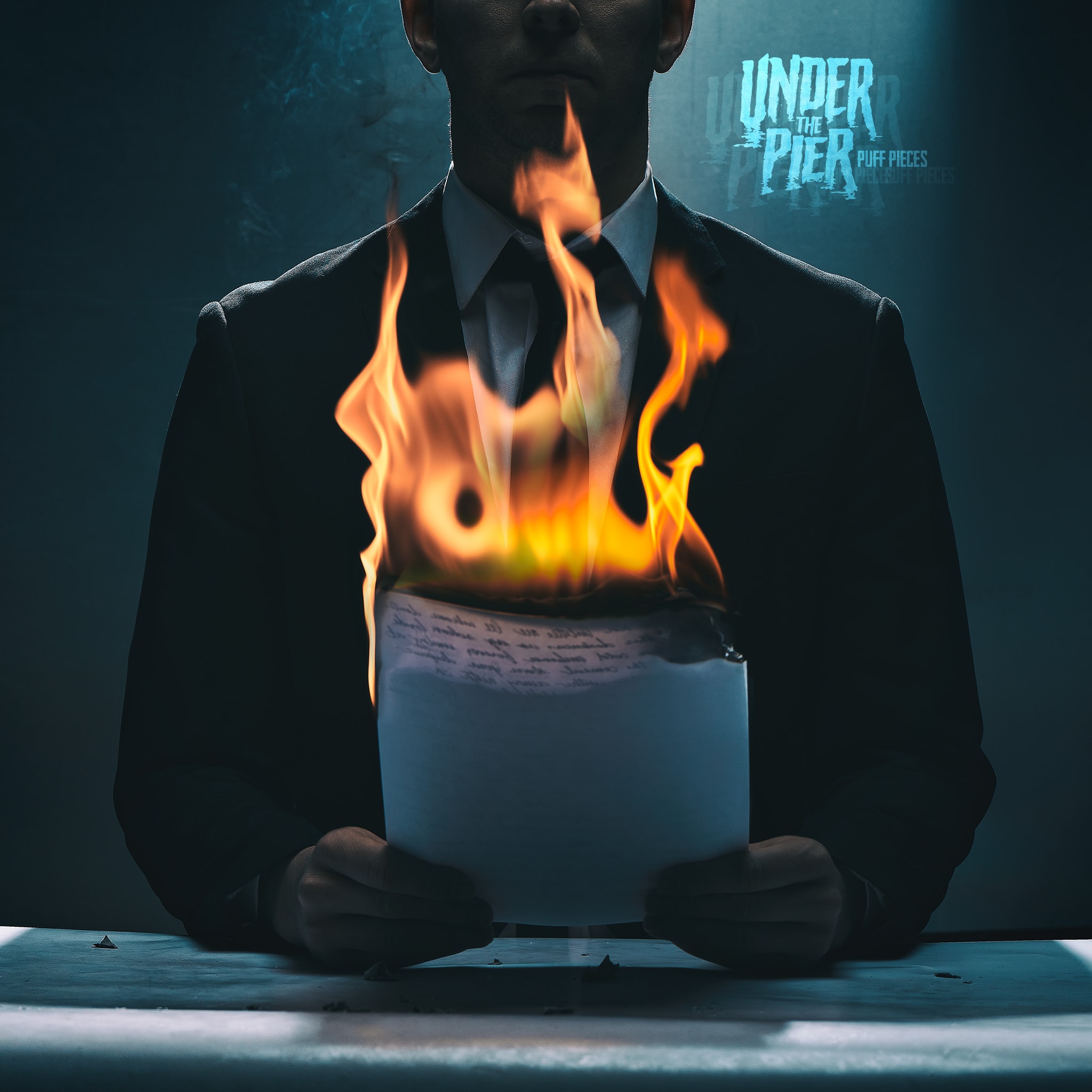 Puff Pieces
by Under The Pier

What I Like: Dark Trail continues to keep their finger on the pulse of all things mathcore. They closed out 2019 strong with the likes of The Callous Daoboys and Fawn Limbs; and that trend continues into the new year with Under The Pier. This genre comes in all shapes and sizes from the melodic and progressive to the utterly chaotic and dissonant. Puff Pieces, counter to its clearly tongue-in-cheek title, is most definitely the latter. These 9 tracks, almost all under 3 minutes in length, are some of the most dizzying and disorienting compositions I've heard in some time. It's rare that 10 seconds goes by without some kind of major left turn. Quite frankly, attempting to keep up for review purposes is exhausting. It's a fool's errand... and goddam can I respect an album that evokes that level of fight or flight response. I'm sitting here in quarantine from a potentially life-threatening virus, but my anxiety is spiking 10 times worse from the complete anarchy of these riffs and time signatures.

Critiques: It loses some of its steam towards the middle for me. Pure chaos only gets you so far. I'd be interested to hear Under The Pier challenge themselves to step up some level of "hookiness" without losing any of the bedlam in the process. I also think that mixing up the peaceful reprieves of "By Attrition" and "Payoff" earlier in the track listing might have increased the dynamics as opposed to staying at 11 for the majority of the runtime.

The Verdict: While still leaving room for improvement in terms of album flow, Puff Pieces is a top notch showcase of technical mastery and inharmonious mayhem that I already see the mathcore community drooling over. Don't take my word for it, give a listen for yourself.