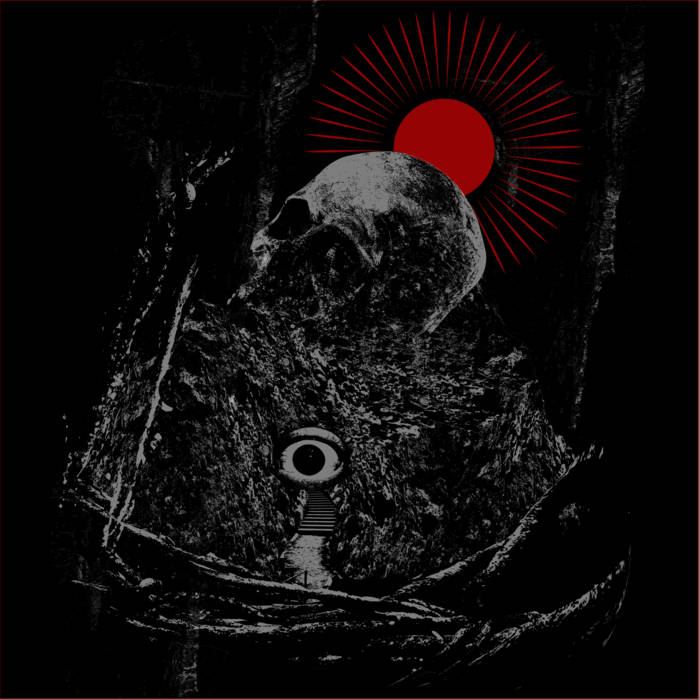 Split with Hell
by Primitive Man

What I Like: Call it the most depressive bromance in history, but I would follow Ethan Lee McCarthy to the darkest corners of the Earth. Luckily he's commonly known as the nicest dude off stage, but you'd never know that from simply listening to his work with Primitive Man. True to form, their side of this split is a bleak, harrowing journey into oblivion; one punctuated by plodding sludge chords and Ethan's instantly recognizeable death howl. Nobody can scream into the void like him. These two tracks are top quality, but also notable for being on the shorter side (by comparison anyways). For once it's their counterparts with the longest song at nearly 10 minutes. Hell's approach is equally extreme, but displays some notable differences. For one, their riffs are infused with the classic doom appeal of Black Sabbath, sporting more melody and groove. And seeming to counterbalance Ethan's unearthly lows, Hell utilize a more high pitched blackened wretch that pierces like a knife in the dark.

Critiques: At only 3 tracks just over 20 minutes, there's not much meat to get into here. It's a nice snack to tide you over to the next big release, but I found myself craving a little more.

The Verdict: Another solid blackened sludge release from one of the best bands in the genre. It's great how far Primitive Man have come, even earning accolades on YouTube by "the best teeth in the game" himself for their last LP. And using that as a gateway to other solid groups like Hell is an added plus.