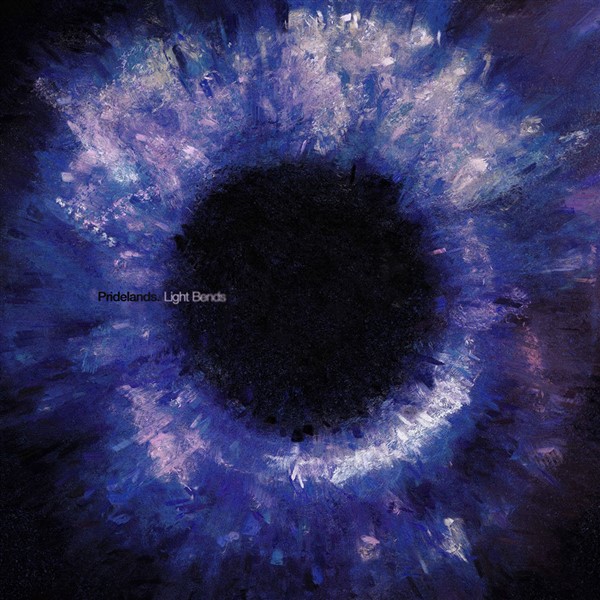 Australian metalcore/post hardcore band Pridelands has been around for close to a decade now but has been refining their material across some smaller releases for the last few years.  Since 2018’s Any Colour You Desire EP got their name out to genre fans, the band has released a handful of singles and now finally has a full-length ready.  The eleven track Light Bends was originally scheduled for November but pushed back to January shortly before release, where it now finds itself releasing on the same day as the new Underoath album.  Despite stiff competition from an established name, Pridelands showcases they have enough melodic and heavy hooks to grab your attention while also showcasing further growth potential.

Light Bends starts off in impressive fashion, as opener “I Reach Into Your Heart” builds slowly and methodically with shimmering melodies and electronic flourishes that bring a slight hint of industrial into the mix before the sound explodes into a much heavier riff towards the end.  This continues into “The Walls” where the instrumentals continue this move between softer post hardcore and alternative rock into explosive metalcore, with some cinematic and electronic flourishes that make the material sound immense.  From this point forward Pridelands continues to shift back and forth between moments where those room filling metalcore hooks are the backbone of their sound and others where the metallic edges fade away in favor of darker and introspective melodies that have more of a post hardcore slant.  Tracks like “Safer Here” and “Evergrowth” mellow out similar to a lot of the Tooth & Nail Records roster circa the mid-2000s, but with a bit of added electronic and post rock influence.  However, despite these additional elements seeping in and the strength of some of the hooks, it did feel like Pridelands is still scratching the surface as other tracks lean a little too much into the tried-and-true post hardcore/metalcore sound.  Songs like “Heavy Tongue” and “Parted Time” still have some of that cinematic quality but feel a bit more generic and don’t stand out in the same way as some of the more interesting numbers.  Light Bends does remain consistently enjoyable though and is helped by some very polished production values that let the hooks soar towards the skies while also letting some of the softer nuances break through.

It’s common for bands within post hardcore and metalcore to have a mix of harsh and clean vocals, and Pridelands is no exception.  But it’s how both of their vocalists approach their performance that makes the difference here, as while there is the usual back and forth of screaming and singing at certain points, the band also switches the delivery up on many of the songs.  Opener “I Reach Into Your Heart” is a great example once again, as Joshua Cory gets the spotlight for almost three quarters of the song with softer, introspective textures that build with the instrumentation and then Mason Bunt comes roaring in at the end with screams so harsh that they almost sound like Converge’s Jacob Bannon briefly.  Bunt doesn’t stick with this pitch for the entirety of Light Bends but he does come through with more fury and brute force than I was expecting, and this is where Pridelands channels a bit more metalcore along the lines of Misery Signals.  Cory also shakes things up on the clean front, sometimes sounding a bit more alternative rock while others lean into a bit of emo and post hardcore from the earlier days of those genres.  This dynamic works well for the band and elevates some of the material for me when the instrumentals start to sound a bit too similar to others in the genre.

Listening to Light Bends, it’s evident that Pridelands has taken a lot of time to develop their ideas over the past decade and as a result their full-length debut is a lot more polished than many of their peers.  It doesn’t quite reach the upper echelon of post hardcore and metalcore, as some of the songs around the middle of the album lack the identity of the tracks from the beginning and end, but I’ve still found myself coming back to this one frequently.  With a little more push into their experimental side and maybe some additional post rock and electronic elements on display, I think this group can reach that A level faster than many of the others out there and I’m excited to hear what comes next.  Since I didn’t tackle Underoath I can’t comment on whether that one beats out Pridelands’ debut or not, but I think both deserve the attention of fans of these genres.  Light Bends is available from SharpTone Records and Resist Records (Australia only).