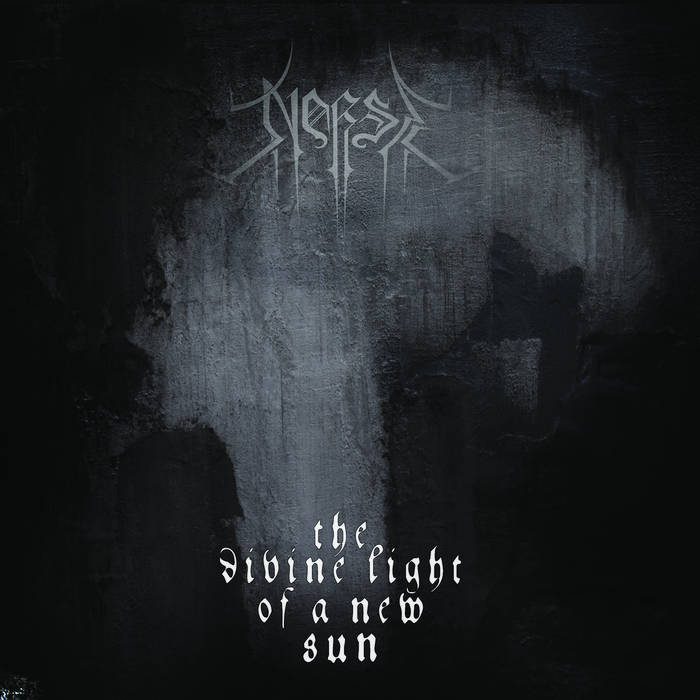 The Divine Light Of A New Sun
by Norse

What I Like: Forget what everyone else is doing: that's a good starting point for great metal these days, especially when it comes to black metal.  While I am sure Norse share some influences with the bands above and a similar desire to do something different, the rest is anyone's guess.  This band creates some of the most unique and machinelike soundscapes I have heard in the genre.  There is a certain old school industrialization not dissimilar from Altar of Plague's Teethed Glory and Injury, but with the more technical and grinding qualities of Malthusian's Below the Hengiform or the latest Seputus album. The atmosphere isn't that far off from Ulcerate's material either.  No melodic reprieves or anything that could be described as a hook on The Divine Light Of A New Sun; instead expect only a sadistic labyrinth of sharp, jagged machinery just waiting to snag on cloth and flesh.  But gun to my head, the best part of this album is the drumming.  It's an impressive melting pot of styles that really drives each composition.  Check out those tribal rhythms and blasts on "Exitus," for example.

What I Don't Like: I feel a bit less engaged in some of these tracks than I did on Pest.  I can't put my finger on exactly what has changed, but I just don't feel quite as surrounded by the madness this time around.

The Verdict: A grim and challenging album for both the ears and the mind.  Norse continue to write for an audience of one, and the results speak well in terms of vision and authenticity.  If you can open yourself to the darkness, I suggest you check it out.