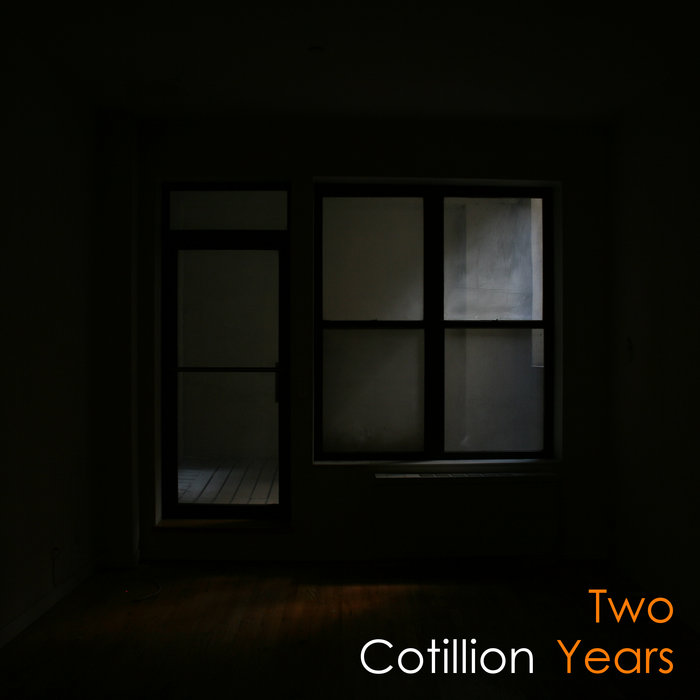 Round 2 for instrumental band, Cotillion. I already enjoyed their particular brand of what I labeled "Post-Indietronicore" on the last outing, The Debutantes (Reviewed HERE). But what I then labelled as being in its "infancy" seems to be moving into young adulthood. Two Years feels like a massive step forward for these New Yorkers. They've dropped most of the "tron" piece in favor of increased prog and ultimately stronger songwriting. The result is a nonstop display of cathartic musicianship and melody.

Now those of you who read that last review know that I was really calling for more Genghis Tron synths the next time around. As such, I am a little sad to lose the keys that were such a highlight for me in the past. However, this shift in sound seems ultimately to be a mature decision. Cotillion have more than made up for it in the growth of the other instrumentation. Riffs are hookier, production is fuller, the bass boomier, and the drums more energetic. All of this results in a sound that is more consistent, but still unafraid of exploration.

"Song 11: 57% Intro, 43% Outro" opens the album like Hopesfall blended once again with Fall of Troy. Throughout Two Years, the style and genre fusions occasionally brought to mind Wrvth's latest album as well. Compositions really do feel more accomplished, taking the whole progressive element up a few notches. There are still plenty of indie flourishes, as on the ska chord-fueled break of "Optimistic Things'll Get Worse," but like Mew's And the Glass Handed Kites, they have been further acclimated further into the Borg hivemind.

Delightfully crunchy bass guitar punctuates and accentuates the overall sound, working just as well on its own ("Bodegacore") as in tandem with the frenetic guitarwork. Speaking of which, these riffs are just excellent. Fast, ever-changing, and perhaps more importantly: filled with a sense of passion. There are a lot of styles at play on this album from the electrified, Portishead-ish "Sleep is Not an Option" (nice piano solo here too, btw) to the lofty post rock of the "Song is Dedicated Too," but no matter the atmosphere, rest assured it will make you feel something.

So whether you enjoyed the previous album or not, I encourage you to try this one out as well. It's like choosing cookie dough versus moose tracks ice cream: both are good for completely different reasons. But I will say that Cotillion have upgraded from store brand to name brand recognition, if that counts for anything. You can stream Two Years below and pick it up at the price of your choosing. Be sure to also check out their righteous cover of Akira Yamaoka's "True" from the Silent Hill franchise.