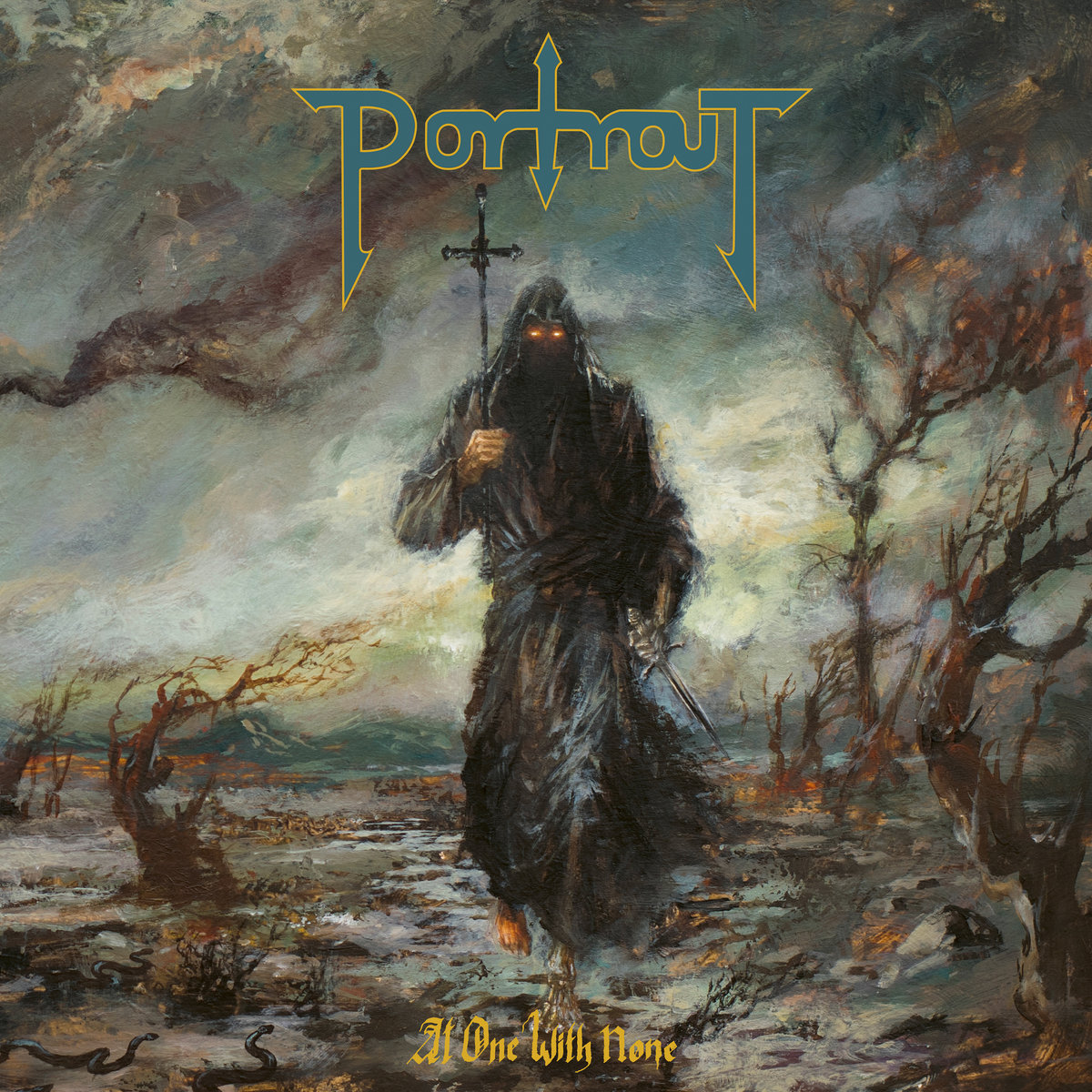 Portrait - At One With None (Album Review)

At One With None
by Portrait

Sweden has really become the country for modern heavy metal over the past two decades, with new groups adding their own take on old meets new sounds every year.  One of the bands from this scene that has remained consistently interesting since their inception is Portrait, though they’ve flown under the radar for some.  Their earlier albums pulled in a significant amount of Mercyful Fate influence, but over time they’ve expanded outwards in favor of sprawling, progressive songwriting that moves away from one particular band’s style.  This year’s At One With None continues that approach, seamlessly blending high energy hooks with darker, moodier melodies that provide plenty of twists and turns.

Portrait has sometimes lacked the immediacy of some of their peers, as their hooks haven’t always been quite as high flying or as in your face.  Yet their albums have often had just enough stood out on first listen to convince you to dive deeper, with the depth of the arrangements becoming more apparent with subsequent listens.  This holds true for At One With None, though there are a few more melodies and leads this time around that grabbed me on that first listen compared to the band’s past two full lengths.  They’ve nailed a better balance between upfront hooks and depth, and cuts like “He Who Stands”, “Ashen”, and “The Gallow’s Crossing” have sections that stand out initially while revealing more nuances later on.  Portrait still showcases some Mercyful Fate and King Diamond influence with how their songwriting follows a theatrical sounding build-up, but they’ve come to encompass the early days of NWOBHM alongside the darker and introspective takes a lot of heavy metal adopted in the 90s.  The sprawling nature of the songwriting sometimes brings in some early doom and power metal, with some progressive metal influences coming into play when the distortion gives way to darker melodies.  It’s this amount of diversity that makes Portrait familiar but capable of having their own feel in a sea of bands that sound like Judas Priest or Iron Maiden, and while there are still a few lulls at certain points the material on At One With None is still sure to resonate with any heavy metal fan.

Vocalist Per Lengstedt joined the band not long after their self-titled debut was released in 2008, and he’s consistently been able to bring the same level of variation as the instrumentalists.  As you’d expect from any group going for some Mercyful Fate or King Diamond influence in any capacity, there’s a fair share of falsettos and other higher pitched singing, but Lengstedt spends just as much time on At One With None exploring lower ranges as well.  It’s a mixture that works well, as the somber and grittier singing during the darker melodic passages leave a lasting impression and give Portrait more of their own identity.  My only complaint comes due to the lack of separation between the vocals and instrumentals, as some of the pitches start to blend in and get washed out thanks to how loud the guitar and bass are.  The higher falsettos manage to break through this wall of sound but giving the vocals even more emphasis would help the diversity of the performance to stand out even further.

Five albums in, Portrait occupies an interesting space in heavy metal.  Their flair for theatrical climaxes is sure to still generate some Mercyful Fate and King Diamond comparisons, but the songwriting explores elements that recall doom, power metal, and progressive metal in ways that bridge the gap between the 80s and 90s periods while still sounding fresh.  There are still some lulls when the band mellows out too much and I would’ve liked a bit more space between the vocals and instrumentals, especially for the backing ranges.  But this remains a strong showing from a band that’s only gotten better with age and continued to look forward without falling into a pattern, so if you’ve overlooked them before this is a great entry point.  At One With None is available from Metal Blade Records.