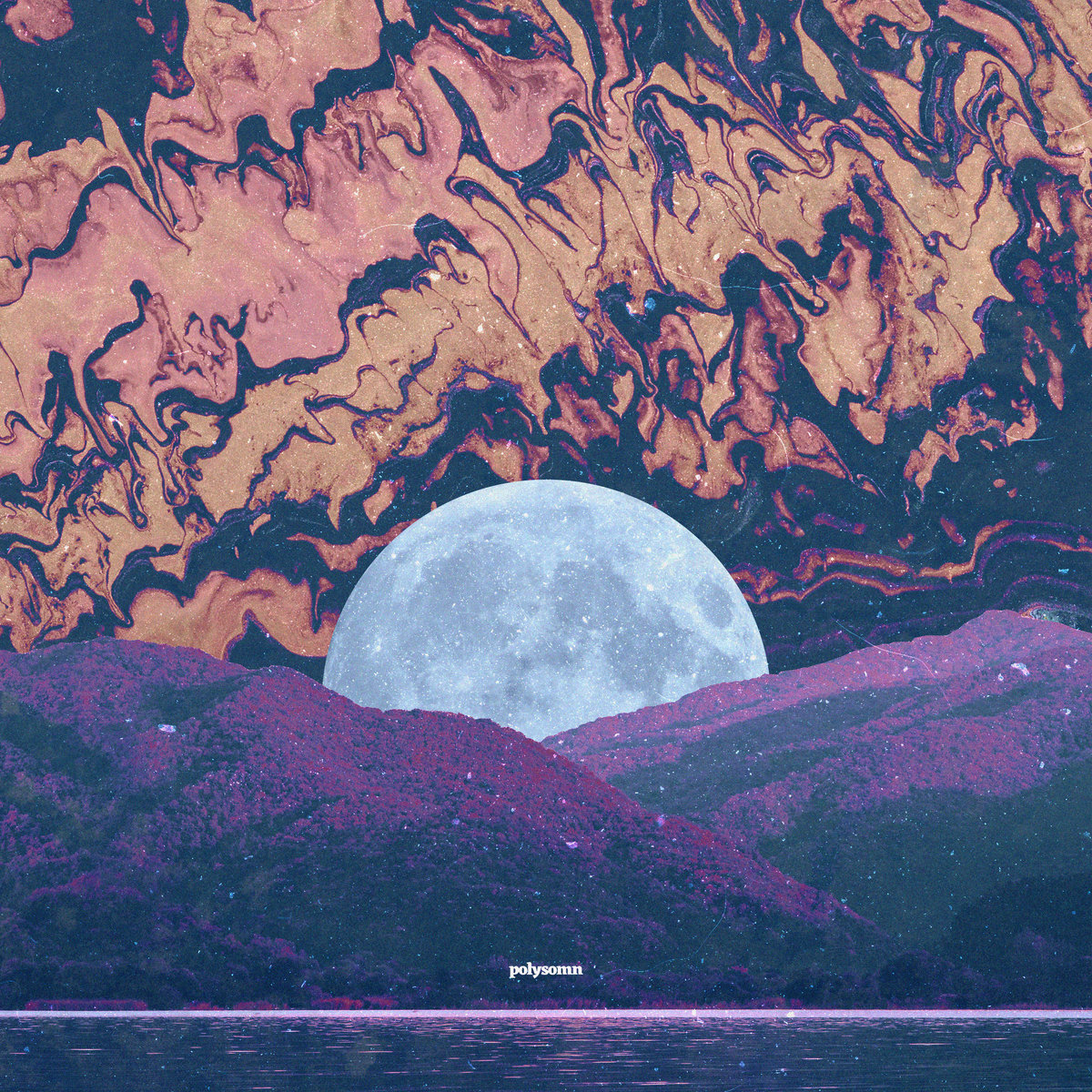 Exactly one week apart, Svart Records has released the debut album from Polymoon and the newest album from Kairon; IRSE! which is titled Polysomn.  That’s not confusing at all, right?  But regardless of similar names both bands are likely to appeal to similar audiences, and while Polymoon is a recent entry to Finland’s continuously growing psychedelic music scene, Kairon; IRSE! has been honing their craft for a decade and lean just as heavily into shoegaze as they do prog and psychedelia.  As a result, Polysomn hits listeners with extremely noisy yet lush soundscapes and much softer and introspective moments.  Compared to some of their freeform explorations on past releases there’s a bit more structure here that makes the material slightly more accessible, yet there’s still plenty of depth waiting to be discovered.

“Psionic Static” proves to be a bit of a deceptive opener, as the first half of the song lay out hazier melodies and methodical beats that lull you into a trance, only for the second half to unleash walls of distortion that take the noise level through the roof.  During some of their loudest and haziest moments there’s a lot of My Bloody Valentine influence to be found, as the instrumentals channel that same sense of warm and inviting yet wholly abrasive tonality that has defined that band throughout their career.  But Kairon; IRSE! are more than just a shoegaze act, as they explore much mellower branches of psychedelic rock and even some earlier prog on songs like “Mir Inoi” which brings to mind images of floating down a lazy river as a dense fog develops around you.  There’s a good balance between these subdued moments and the noisier, up-tempo ones that keep the material from meandering too much and feeling too freeform, which is likely to give Polysomn appeal to listeners who sometimes bounce off these genres.  Each song touches upon slightly different territory, as Kairon; IRSE! rarely stays in the same place for too long, and whether you’re getting swept away by the rushing waves of “Altaïr Descends” or being lulled by the gentleness of “Welcome Blue Valkyrie” there’s a lot to keep you coming back for more.  Admittedly I did find that the last two tracks which cut the run-time in half didn’t quite have the same level of impact as the rest of the album, and they did blur together, but the amount of catchy hooks and unexpected depth Polysomn provides as a whole more than make up for it.

As is typical for these genres the vocals tend to be off in the background and often feel more like an extension of the instrumentation rather than an element in the spotlight.  On “Psionic Static” you don’t get your first taste of what Kairon; IRSE! has to offer in terms of vocals until almost two and a half minutes in, when you’re met with light and airier singing that seems to weave in and out of the layers.  This approach works throughout Polysomn, as the pitches only seem to get lighter and lighter as you go in and they have an ethereal tone on songs like “Welcome Blue Valkyrie” that send you into a calm and trancelike state.  Where some of the other psychedelic and shoegaze bands I’ve reviewed in recent memory have incorporated some more direct or aggressive vocals at specific moments, Kairon; IRSE! leaves their performance as light as possible, opting to let the guitar and synthesizer provide the noise for them.

It’s evident that a lot of time has been spent crafting these songs in the three years since Ruination, allowing Kairon; IRSE! to find that sweet spot between catchier hooks and the freeform exploration of their earlier days.  It’s a sweeping effort that draws you in slowly with loud, noisy layers and shimmering melodies but you’ll find yourself coming back to discover the additional nuances hiding beneath the surface.  I did find newcomers Polymoon to have grabbed me just a slight bit more, but both bands have released standout releases that showcase Finland as the current powerhouse of everything psychedelic.  Polysomn is available from Svart Records.