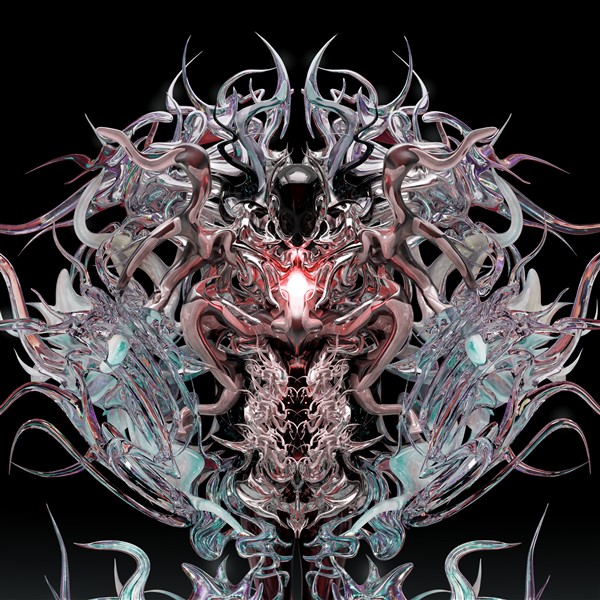 Polyphia- Remember That You Will Die (Album Review)

Remember That You Will Die
by Polyphia

Polyphia may have started off as an instrumental band exploring elements of progressive metal, math rock, and djent, but over time they’ve morphed into something far beyond the usual limits of genre tags.  Their first two albums showcased plenty of virtuosic playing and elements of pop and other genres melded together with metal, but it was 2018’s New Levels New Devils that flipped the script and showcased the band’s interest in everything from hip hop, electronic, and even some flamenco and funk.  There was a clear focus on performances that showcased each member’s ability while also having distinctive hooks, and this has been amplified on Remember That You Will Die.  For album number four, the group has brought in the most number of guests they’ve worked with to date, providing quite a few vocal focused songs alongside their usual instrumental fare.  It does have a few tracks that stumble, but it’s clear that Polyphia are having fun expanding their musical repertoire and they’ve delivered an album that showcases their love of adventure and hooks.

Remember That You Will Die is a pretty concise effort at twelve songs and thirty-nine minutes in length, but the amount of variety and instrumental prowess that Polyphia crams into that period of time makes for material that doesn’t reveal all of its nuances the first time through.  The first four songs showcase just how far the band has come and how broad their influences are instrumentally, and it feels like a good way to draw listeners into the core of their approach which are the instrumental tracks.  “Genesis” features hip-hop/soul duo Brasstracks, and it’s a very bright and bouncy opener that showcases some booming grooves and chill melodic leads that dance over the track and flow alongside the brass elements.  “Playing God” goes for flamenco meets hip-hop with complex yet supremely catchy melodies and infectious drum beats, while “The Audacity” takes that hip-hop feel and injects it with smooth jazz that reminds me of bands like Casiopea.  It’s the type of material that has plenty of tempo changes and complicated playing that will have you wondering how Polyphia does it, but you’ll be tapping your foot and bobbing your head at the same time with how catchy it is.  These four tracks are some of my favorites the band has done to date and starts things off on an incredibly strong note.

Once you reach “ABC”, Remember That You Will Die shifts significantly and kicks off a slew of songs that feature contributes from different singers and rappers.  “ABC” goes for full-on sickly sweet pop courtesy of trilingual singer Sophia Black, who switches to Japanese around the halfway point.  It’s a deceptively simple song that has plenty of cool instrumental tricks under the surface, and it gives off this Japanese vibe that’s somewhere between the math rock of Tricot and quirky energy of Kyary Pamyu Pamyu.  It’s likely to be an acquired taste, but for my tastes I found it a fun injection of full-on pop music and it has become one of my most listened to songs on the album.  From there things head into more hip-hop and electronic territory, with guest spots from Killstation and $not.  These tracks have their moments instrumentally, but they didn’t do much for me otherwise and the performances from both rappers are solid but don’t stand out as much as they could.

The remainder of Remember That You Will Die remains mixed in terms of stand-out moments and decent ones.  “All Falls Apart” serves as an interlude of sorts that comes off like a retread of “Genesis”, but “Neurotica” impresses with R&B and electronic melodies that get stuck in your head almost immediately.  I also appreciate the appropriately named “Chimera” which offers up classical guitar, some heavier almost metal leaning moments, and then brings in Lil West for a fusion of hip-hop and metal/rock at the end.  The final two tracks bring in Chino Moreno and Steve Vai as guests, arguably the most well-known of the contributors, and the results here are also mixed.  Based on my personal tastes I was anticipating the Chino track the most, but his performance comes across like it was tacked on after the fact and doesn’t add that much to the song.  But “Ego Death” is just as strong as those first four songs on the album, showcasing a perfect fusion of prog old and new with a soaring Steve Vai solo and crunchier beats.

There’s a lot to take in over the course of this album, and while it does end up being one of those where I skip over certain tracks upon repeat listens it’s still clear that Polyphia has been adventurous and pushed themselves into new territory on a regular basis.  I can’t think of anyone else besides HEALTH that has done this mash-up of styles this well, and while not all the guests fully benefit what they’re going for here it’s remained one of my most played releases of the last week.  When the material hits its peak it’s genuinely incredible and hard to put down, and while Polyphia hasn’t delivered an album that reaches that level from beginning to end if they continue to experiment with different collaborators and integrate them even further into the music I think they’ll get there.  Regardless of where they end up, it’s evident they’re having fun and the playfulness of their compositions sets them apart.  Remember That You Will Die is available from Rise Records.