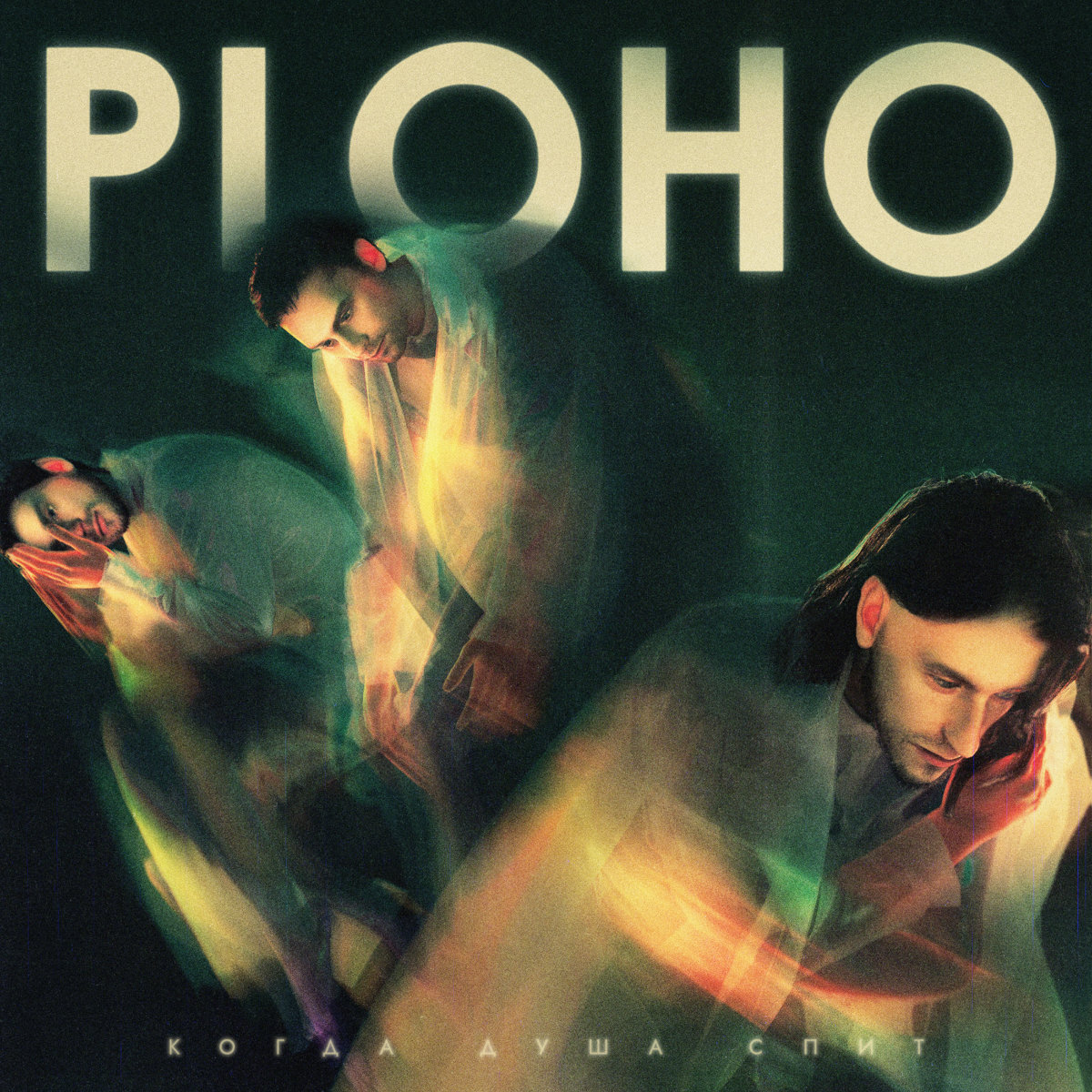 I mentioned in my review of last year’s Фантомные Чувства (Phantom Feelings) that Russian post punk band Ploho has maintained a steady release pace since their formation in 2013, and that continues to hold true as 2022 sees the release of album number seven.  Where its predecessor maintained that icy cold and somewhat detached post punk sound while injecting a sense of playfulness into the rhythms and guitar leads, Когда душа спит (When the Soul Sleeps) pivots back to a more introspective and softer approach that emphasizes haunting melodies.  At the same time, Ploho has managed to inject more variety into their writing with regular shifts in tempos and atmosphere, resulting in their most dynamic and memorable offering to date.

Where last year’s effort opened with a bouncier synth pop/post punk number that had a danceable beat and airier melodies over top of a brooding synth line, Когда душа спит (When the Soul Sleeps) makes it clear right from the beginning that you’re in for a fairly different listening experience.  “Занавес” still features that same dense and brooding bass work but expands outwards at a much slower pace as the guitar and synths weave a somber yet beautiful atmosphere.  There’s an orchestral flair to the synths on this opener, and while not every band can succeed at putting a much slower, reflective piece at the very beginning Ploho does it in a way that immediately draws you in.  From there they showcase how they’ve expanded upon how the layers build in their songs, as the synths tend to start off more muted and calmer before moving into vibrant soundscapes that wash over the listener.  Ploho hasn’t lost the danceable beats and more driving urgent tempos seen earlier in their discography, as tracks like “Никогда не говори никогда” and “Не будем прощаться” bring back some of the bounciness and let the lighter guitar and synth work hover over the air.  But there’s more variety to Когда душа спит (When the Soul Sleeps), as the moves between fast and slow are less predictable and the band seems to have broken out some of their previously established patterns.  I was worried that “Если бы ты была морем” might overstay its welcome at six minutes in length, but it builds naturally from reflective and subdued synth work into expansive melodies that remain captivating the entire time.  “Фантомные чувства” may also be one of my favorite Ploho songs to date, with a haunting bass line and entrancing melodies leading into up-tempo guitar and bass work that capture that beautiful chill of post punk at its best.  Even with the highlights, the nine songs are consistently strong, and this is an album where I haven’t found myself skipping any of them upon repeat listens.

Victor Uzhakov’s singing voice came across as a bit more detached on Ploho’s last full-length, and while there is still some of that here his performance often takes on the more reflective and somber tone of the instrumentals.  This is another area of the band’s music that has seen subtle shifts and developments, as the singing seems to naturally ebb and flow alongside what each song is doing.  If the emphasis is on the driving beats and rhythms, the verses have some more of that deliberate and repetitive approach, but the slower moments find Uzhakov giving opportunity for his voice to soar.  Compared to some of Ploho’s past discography there are more specific sections where certain singing pitches stand out in my head, and that’s even without being able to understand the lyrics.

Seven albums in, Ploho hasn’t significantly deviated from their take on post punk but has made adjustments that have resulted in a more dynamic and memorable listen.  They pull off the slower, reflective pieces perfectly and these moments meld well with the driving tempos of the other tracks.  I went in expecting to enjoy this album based on last year’s effort, but the band has really taken things to the next level and produced something that will stick with me for some time to come.  Когда душа спит (When the Soul Sleeps) is available from Artoffact Records.