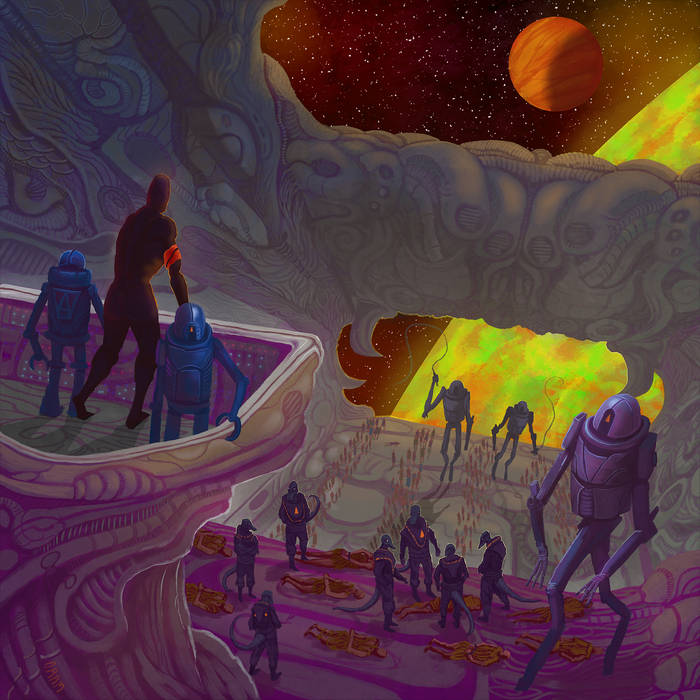 What I Like: If you like Indian, you'll love Wallowing. These two bands are very much twins in their bleak, blackened atmosphere, sustained, sludgy doom chord progressions, and wounded bird howls. And while the comparison is close enough to warrant points against them, it's worth noting that Indian hasn't produced a new album since 2014. Seems like we were about due for more hellish depravity, regardless of the source. Made up of one 32 minute piece split into 6 tracks, Planet Loss addresses the toxic political climate and its effects from hatred to mental illness; "an epic story of a small rebellion fighting its last battle against a ruling oppressive regime only to result in the end of civilization due to both parties own ignorance." But one does not require lyrics to recognize that this kind of potent malice could only be born in the current era.

Critiques: Love this album, but again its hard to differentiate it in any way from their Chicago peers. They do wear beekeeper suits apparently...

The Verdict: Another case of a band choosing the absolute perfect name to describe their sound. Wallowing drag themselves, and by extension the listener, through a dank bog of misery, climaxing in the sorrowful, bitter melodies of "Vessel." Albums like these should come with a self harm warning. Not recommended material for the clinically depressed.