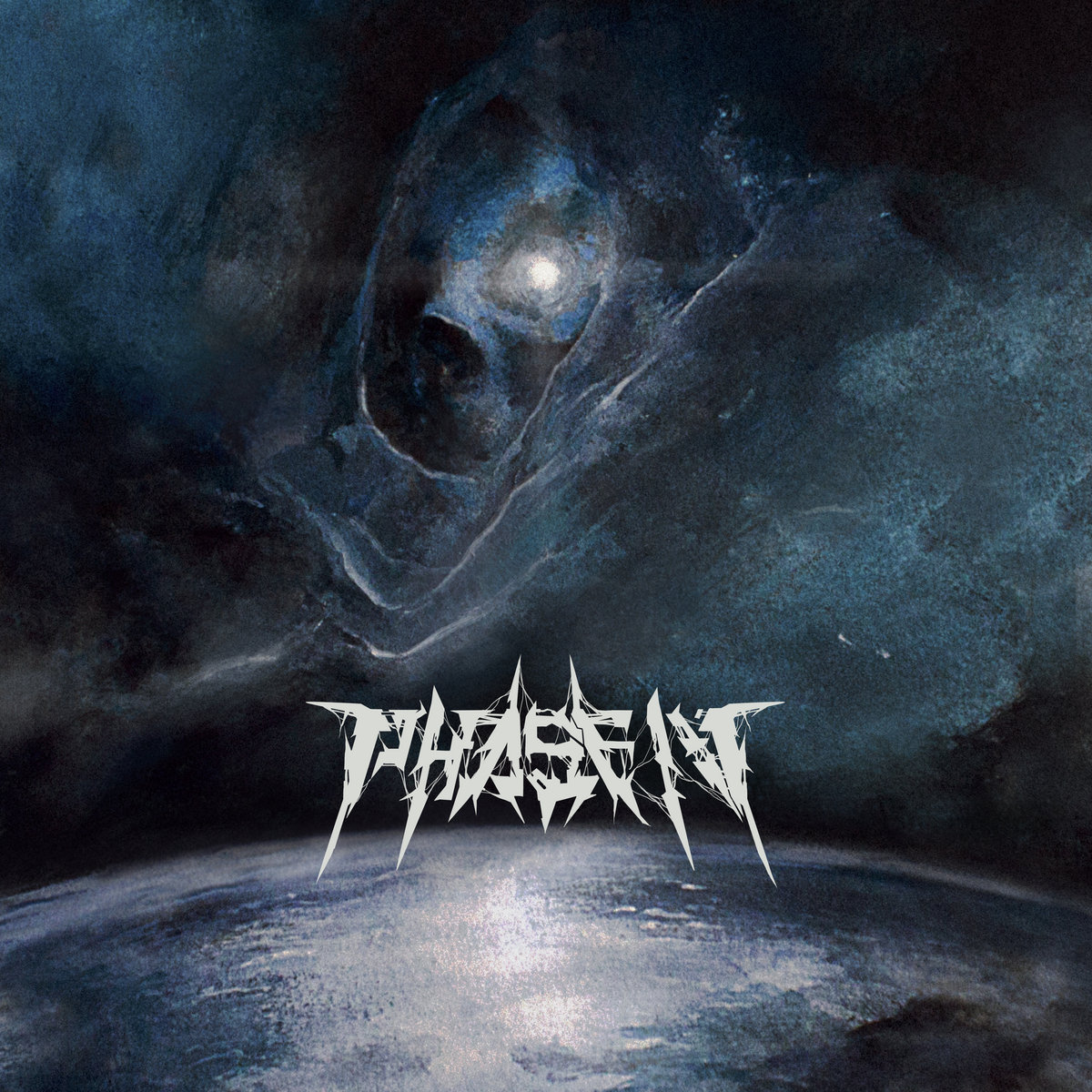 Branded as “sci-fi metal” by their label Moribund Records, I wasn’t quite sure what I was in for from the self-titled debut of Austin based Phase IV.  Sci-fi and metal could mean everything from Voivod to Blood Incantation and Darkspace depending on what your criteria is, but what I got was something much more experimental and ominous.  The group has taken elements of progressive rock/metal, jazz, and ambient music while weaving in the harsher and darker textures of death and black metal, resulting in material that often comes through like a stream of consciousness being transmitted by an unknown being.  It’s a bit lower key and softer in tone than you might initially expect, but there’s a darkness and creeping sense of dread to each song that’s sure to make this album appeal to the right type of listener.

You won’t find any blast beats or all-out attacks on the senses here, as Phase IV instead lets their instrumentation twist and turn methodically while still having a feeling of fluidity.  Opener “Horla” gives you a pretty good idea of what to expect, as airier guitar melodies create a spacey, almost psychedelic atmosphere while the bass lurches forth with a more sinister tone.  While this happens the drums seem to maintain a looseness that brings to mind progressive rock and even a little jazz, and that gives the trio a distinctive sound early on.  There are subtle shifts as you make your way through each one, as some tracks focus more on the pulsing bass and provide a subtle sense of dread while others let the guitars soar and channel a strange yet intriguing soundscape.  The easiest way I can think to describe it is as a more chill version of Ved Buens Ende and Oranssi Pazuzu crossed with the more recent experimentation of Emptiness, and then add in something closer to the instrumental jams of Stinking Lizaveta to round out the sound.  Songs like “Psyche” feel appropriately named as the instrumentals bend and shift as though they’re trying to mess with your psyche, and the weirder textures often had this hypnotic effect that drew me back for more.  Admittedly Phase IV does like to take things a bit slower, opting for methodical pacing rather than shaking things up with an unexpected burst of speed, and this does lead to a few of the songs blurring together due to the similarity of their construction.  “Willows” does attempt to end things with a doom tempo and sparser sound that shakes things up, but the material is better taken all at once rather than in bits and pieces.  I would like to see Phase IV switch things up ever so slightly and offer a few more surprises at points though, as this could go a long way in making their hypnotic yet unnerving sound even more impactful.

There may be a softer and sometimes airier tone to the guitar work, but the vocals keep things on the harsher and downright creepy side of the spectrum.  Phase IV’s vocalist/bassist Bryan Camphire (who was previously in Bloody Panda) offers up a raspy scream that reverberates over the recording like an alien that is stalking the listener.  It’s somewhere between abrasiveness of black metal and Emptiness’ extremely creepy, whispered vocals, and it helps to add an edge to the album that increases its memorability.  Although there isn’t a ton of deviation initially, once you get towards the second half there are some bursts into downright feral sounding screams (particularly on “Willow”).  It takes what would already be an intriguing bit of proggy and jazzy music and adds some nightmarish twists to it, which is a plus in my book.

For some listeners what Phase IV is doing might blend together a bit too much due to the similar tempos and repeated passages, but for the right type of person there’s a lot to dig into on their debut.  If you enjoyed the weirder experimentation that some black metal bands have been doing in recent years or spacier rock/metal that leans towards the progressive side, this album is sure to be appealing.  I would like to see them shake things up just a bit more over the course of their material, as a sudden tempo shift or vocal freak-out could go a long way, but they already have something unique and well put together on their debut.