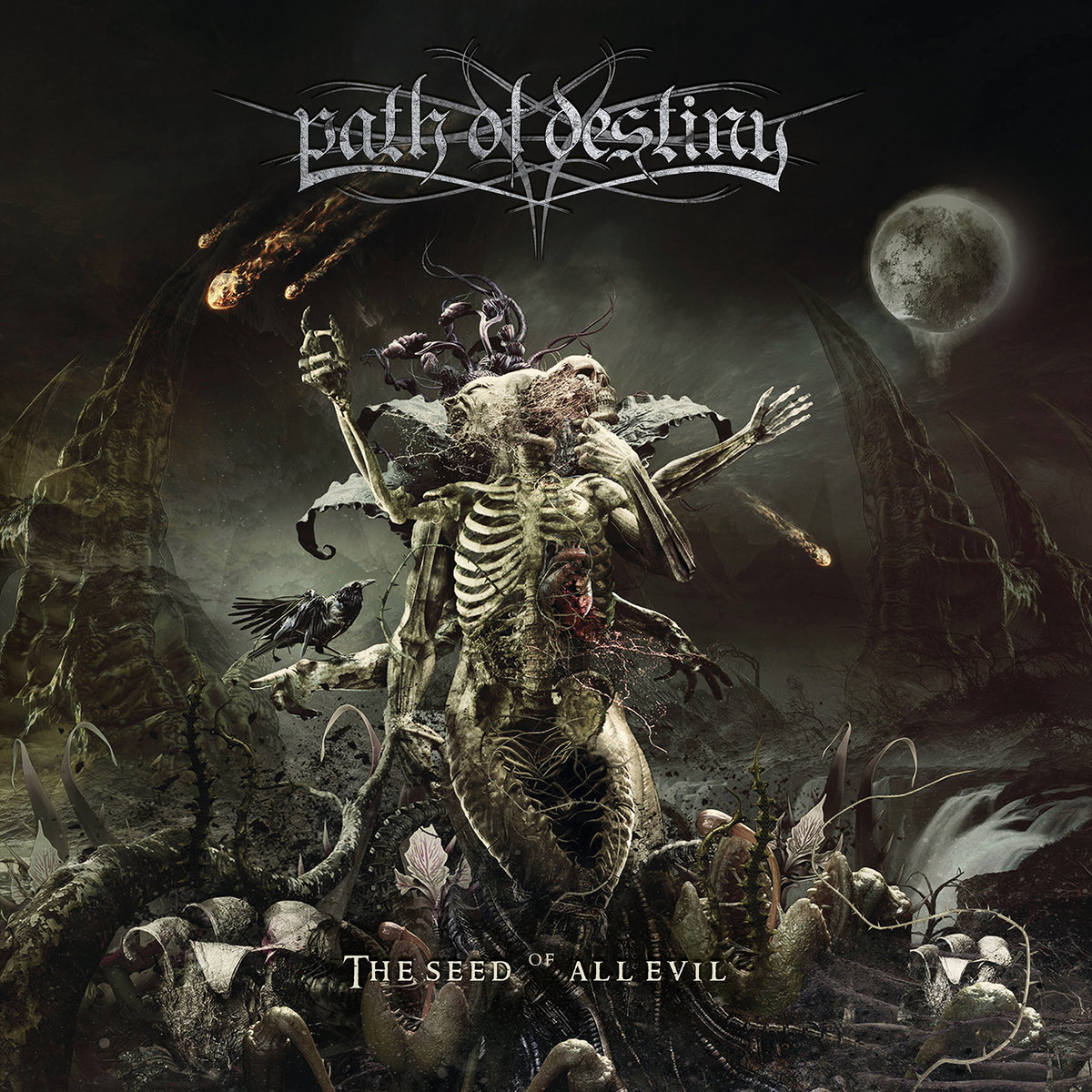 Path of Destiny - The Seed of All Evil (Album Review)

The Seed of All Evil
by Path of Destiny

Germany’s Path of Destiny has been together since 2007, putting their own spin on the melodic death metal genre by injecting it with some symphonic and black metal elements.  Five years have passed since the release of their sophomore album Dreams in Splendid Black, and in this period of time they’ve switched drummers twice.  With current drummer Jonas Pfeiffer settling in as of 2019, Path of Destiny has finally given listeners a follow-up titled The Seed of All Evil which leans more into guitar heavy melodic death metal while maintaining the symphonic elements from before.  And though it may fall into some patterns by the end, there are still plenty of killer riffs to keep listeners coming back.

Path of Destiny hasn’t fully shifted away from booming orchestration and the type of symphonic elements that were a centerpiece of Dreams in Splendid Black, but there is a noticeable difference in how loud these elements are.  Where it seemed like they came roaring out of the gate on that effort and were often given just as much emphasis as the guitars, here the orchestration plays more of a supporting role and come in slightly lower in the mix so that the scorching guitar leads get the most focus.  To my ears this seems a bit better balanced, as it allows the dark and haunting atmosphere to break through at key moments while the aggressiveness of the guitars channels classic melodic death metal.  Path of Destiny is quite good at leading in with much faster instrumentals, slowing things down to let the atmosphere build, and then letting loose once again to soaring climaxes not unlike Amon Amarth in their prime.  However, while the band does switch up tempos and incorporates some different elements in each of their songs, they still start to feel like they’re falling into a pattern and I found some of the ones from the second half didn’t stand out quite as much as the first.

Sebastian Schaffert has been with the group since 2012 and his first recording with them was Dreams in Splendid Black.  Where Path of Destiny’s original vocalist had a more guttural growl that was closer to traditional death metal, Schaffert utilizes a slightly raspier scream that suits the melodic death metal sound of that album as well as The Seed of All Evil.  The approach sometimes reminds me a bit of Soilwork and Dark Tranquillity though the move down towards some lower growls helps to provide a bit more of a unique character to the performance.  With the intensity remaining high for the entirety of the album, there’s a lot to like about what the vocals bring to Path of Destiny’s material and should help them appeal to anyone who likes melodic death metal.

There are still hints of black metal at points, but for the majority of album number three Path of Destiny remains focused on aggressive and dark melodic death metal that’s bolstered by the type of symphonics you might expect from the likes of Septicflesh or Sear Bliss.  Compared to its predecessor the guitars are emphasized more this time around and gel a bit better with the orchestration, and while I did find that the second half didn’t stick with me quite as much as the first this is still a consistently enjoyable listen.   A few more tweaks could make for an even stronger release by album four, but fans of melodic death metal are still sure to get some mileage out of this one.  The Seed of All Evil is available from Apostasy Records.