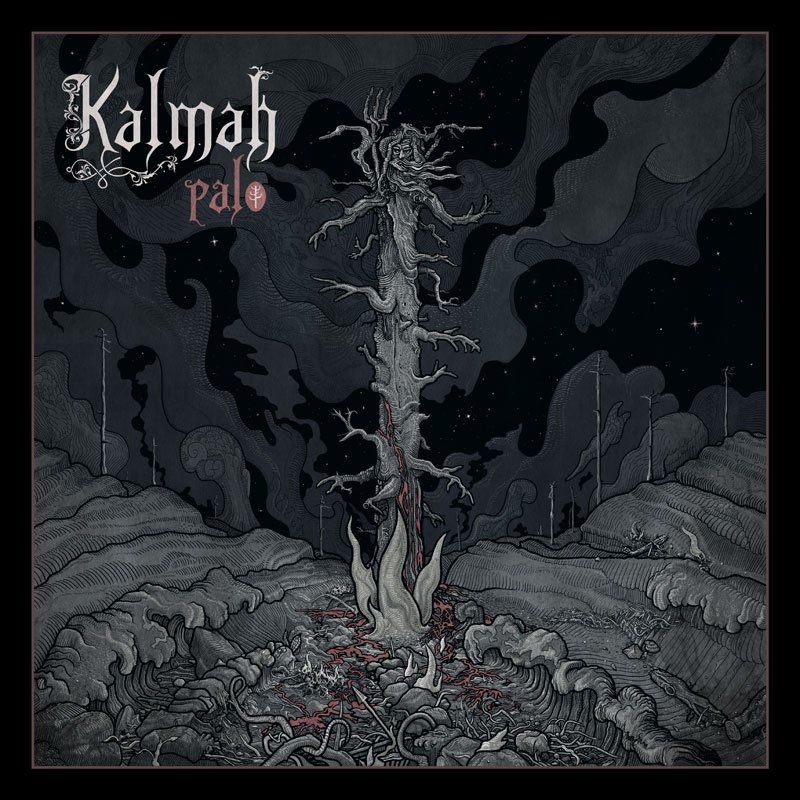 What I Like: Despite their age, Kalmah show no signs of hanging it up or phoning it in with Palo. Brimming with vitality and killer riffs, this album continues along the same trajectory as 2013's epic Seventh Swamphony. The folky, neoclassical hooks are larger than life, and when backed by the massive-sounding synth work I hear the culmination of various other Finnish metal artists' sounds from Insomnium and Mors Principium Est to Ensiferum. Tracks like "Blood Ran Cold" and "The World of Rage" are impossible-tier Try Not To Move challenges. The guitars and drums are beyond infectious and unlike many albums I hear from longtime bands, it sounds like Kalmah are still genuinely having a good time writing and performing their music. These are not the dueling harmonies and raging solos of a group that's just paying the bills. And as for vocalist Pekka Kokko, his death metal snarls only seem to get stronger and stronger with each album.

Critiques: There's definitely an air of familiarity surrounding this album that is both to its benefit and detriment. On the one hand, it really taps into my early days of discovering melodic death metal as a teen. On the other it doesn't really have anything new to say.

The Verdict: From "Blood Ran Cold" to "The Stalker," Palo is an impressively consistent album that never slips even for a second. Familiar style aside, Kalmah are sure to turn up on many best of the year lists once more due to their seemingly bottomless youthful energy and flawless musicianship. This one is definitely worth a buy.