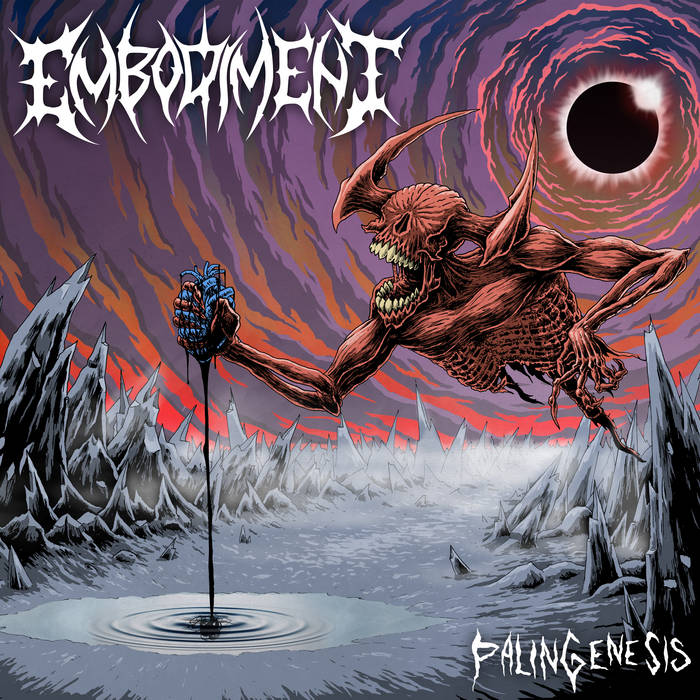 What I Like: If I didn’t know any better, I’d be certain that “Reverence Through Disgust” was kicking off a Cattle Decapitation album with it’s harsh, clanky bass tone further punctuating each note. But what transpires ends up being a much more progressive effort that integrates this aforementioned menacing aggression into compositions more akin to the likes of The Ritual Aura, Exocrine, and Enfold Darkness. Violent waves of layered brutal, blackened vocals and bludgeoning blastbeats join with stunning guitar sweeps and sizzling melodic solos for an effect that is equal parts Aborted and Obscura. In fact, I’d argue that these elements are in more perfect harmony than most major label releases that set out with the same set of intentions. Just listen to “Outbreak,” with it’s dismal, Vale of Pnath take on melodic death riffs suddenly erupt into a truly righteous crescendo of virtuosity only to spiral back down once more into a moshpit abyss, or better yet, “Tyrant” and “Eternal Torment” get fiendish with both caveman deathcore groove and effortless sweeps, or better yet, “Masquerades (The Delusion)” leaving scorched earth only to plant new life with some seriously cathartic melodic portions.

Critiques: If I’m being fair, there is some lacking in terms of originality, but really my only complaint is why did you need to drop this in the same month that is already destroying my bank account with new releases?

The Verdict: Ultimately Palingenesis is an extraordinary showcase of both intensity and mastery from Embodiment that unfortunately runs the risk of being eclipsed by their better known peers also releasing albums this month. Please don’t let it go unnoticed when it is every bit as accomplished.