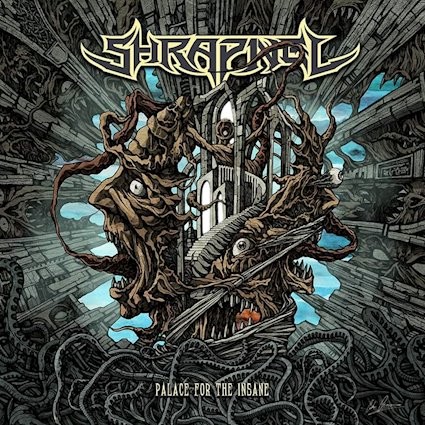 Palace For The Insane

Palace For The Insane
by Shrapnel

The Pitch: UK band Shrapnel prove that there is still room for thrash in the modern age with their third album Palace for the Insane via Candlelight Records. FFO: Slayer, Power Trip, Exodus

What I Like: Regular readers here are likely aware that I've never been the biggest thrash fan, but something about Shrapnel's Raised On Decay really lit a fire for me. Between that and Power Trip's Nightmare Logic, 2017 made a solid case for the second coming of the genre. These young and hungry bands are bringing a fresh vitality to thrash that has long been dormant since the glory days of Reign in Blood and Rust In Peace. This new album, Palace For The Insane, continues in all of the same directions that made such a thing seem possible. The band maintains that very 80's/early 90's focus on riffage that is as fun as it is furious while also incorporating the more modern crossover attitude of the aforementioned Power Trip. I'm also impressed with their ability to sustain lengthier compositions, even opening the album with the nearly 7 minute "Might Of Cyrus." The introductory guitar harmonies kick that album off with a great sense of scope, and Shrapnel really milk every second of the runtime rather than falling into repetition.

Critiques: I'm not digging "Begin Again." Slow thrash is an oxymoron, and the "singing" here is abysmal.

The Verdict: Palace For The Insane is the first great thrash metal album of the new decade. Whether you're a fan of the genre or not, there is little not to love about what Shrapnel are dishing out to the masses.

Flight's Fav's: Might Of Cygnus, Salt The Earth, Infernal Choir