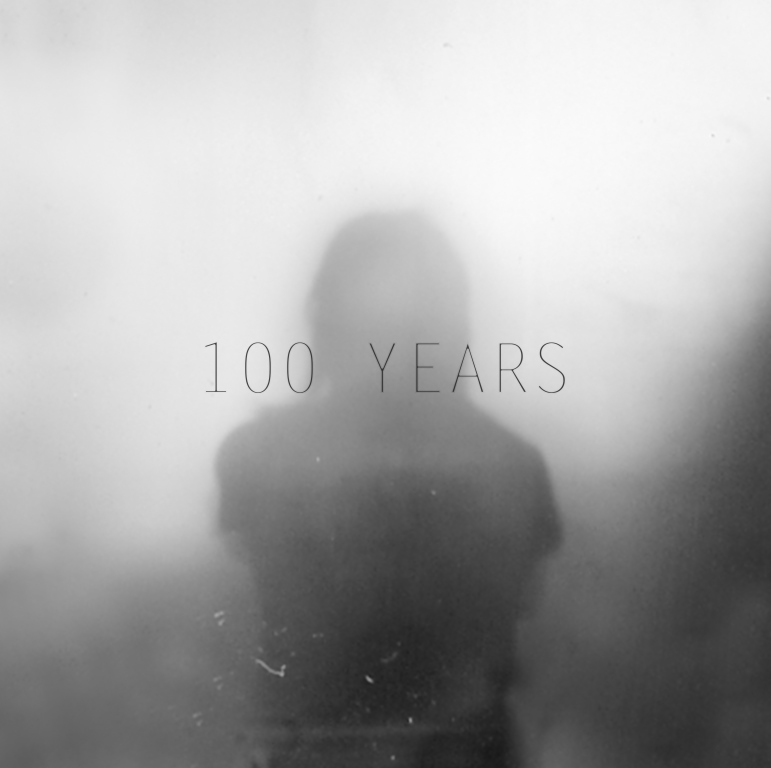 It is a crying shame that Sweden's 100 Years are not being given more attention this year.  While on the one hand I can take pride in knowing that Metal Trenches is one of the few sites out there carrying the torch, on the other it's not doing the band as much good as getting that mainstream marketing.  My hope is that this review combined with your own word of mouth can help change all of that.  In any case, the band's self-titled debut, now on Give Praise Records, is a potential contender for being one of the best albums of the year.

I was waiting for something to come along that just sounds different, and this was just the album.  100 Years don't quite fit cleanly into any genre.  I've seen terms like "indie metal" and "folk punk," but the simplest way to go would be simply "progressive metal."  The band lists influences such as Killing Joke, Swans, Einstürzende, Neubauten, Neurosis, and Voivod.  Personally, my own comparisons take me to Crown and Sadist.  100 Years share the former's fusion of subtle electronic/industrial elements with post-metal riffs and some of the latter's songwriting choices (minus the African influences).  Similar vocals as well.

On the first two tracks, "The Medicine Knows My Name" and "Breath of Summer,"  the band joins twisting Tool-ish guitar hooks with sludgy growls and fantastic drumming.  These are my favorite on the album, along with "All Grey," but the entire duration is filled with a great sense of dynamic composition.  There are countless ups and downs to keep songs interesting.  For instance, "Too Far from Goodness" wavers between melancholic atmosphere, with synthesizers straight out of Enslaved's Isa, and piston-like clashes of cymbal and distortion.  The oscillations maximize the impact of every note, and with every listen I feel like I'm hearing something new.

In a word, 100 Years is one of the most "refreshing" releases I have heard so far in 2016.  Breaking it down, all 3 of our ratings categories are greatly fulfilled.  The album is enjoyable from start to finish thanks largely to the adept songwriting and flow.  In terms of musicianship, the riffs are catchy and also technical, the drumming is filled with energy and variety, and the vocals gel with the other elements regardless of pacing and tone.  Finally, it is an innovative album in that you won't hear many others like it in 2016.  There have been a few interesting releases that have done things to go beyond what is expected this year, but most of them still shared similarities with other albums in their respective genre.  100 Years is an only child in this respect.  I highly recommend you pick this album up, and please do what you can to spread the word.