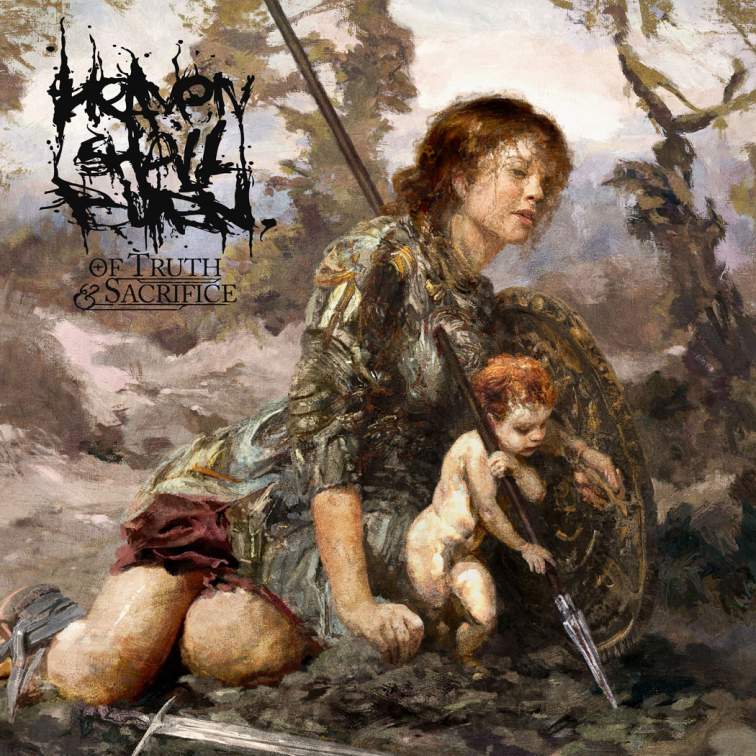 Of Truth & Sacrifice
by Heaven Shall Burn

Heaven Shall Burn has been a significant part of the melodic death metal and metalcore evolution that happened throughout the early to mid-2000’s, with each of their full lengths offering heavy hitting riffs and powerful melodic leads even as much of the genre started to lose their steam.  It’s been four years since the German band’s last album Wanderer, and rather than simply coming back for number nine with a whimper they’ve opted to do a double album that spans two discs and almost 100 minutes in length.  In the hands of a lesser group this would be cause for concern as melodic death metal and metalcore can get stale fast, even on a single 45-minute release, but with Of Truth & Sacrifice Heaven Shall Burn has proven they can pull it off.  It still proves to be a bit overbearing at times but with both discs offering some of the strongest material the band’s written in the past decade there’s a lot to like about their latest.

Throughout their twenty plus year history Heaven Shall Burn has been hard to pin down, as while they have the crushing backbone and sweeping melodic leads that made 2000’s melodic death metal and metalcore so appealing there’s a lot more at work to their music and this is once again true on Of Truth & Sacrifice.  During certain songs the instrumentals up the death metal influence for some truly heavy and destructive passages, and on tracks like “What War Means” they even touch upon some black metal elements with tremolo riffing and an cold onslaught that attacks the listener.  It’s this type of variation that’s kept the material feeling diverse in the past, and with the space of a double album this has allowed the band to branch out even further.  “Ubermacht” and “La Resistance” bring electronic and industrial influences into the mix while keeping a heavy backbone, and the latter ends up being what might just be one of the most danceable heavy tracks I’ve heard so far this year.  There are also some orchestral and post rock leaning build-ups on some of the longer pieces, which adds some reflective atmosphere that gives listeners a chance to breathe in between the heaviness.  Some of the leads are just as strong as anything Heaven Shall Burn has written before and that perfect balance of melodies and heavier grooves will land quite a few of the songs in regular rotation as the year progresses.  With an album of this length not every track absolutely nails it as a few of the more straightforward ones don’t always leave a lasting impact, but the sheer amount that do make up for it and will keep you coming back for more despite just how much material there is to take in.

Marcus Bischoff has been the group’s vocalist since the beginning so chances are if you’ve heard any of Heaven Shall Burn’s discography you’ll have a good idea of what you’re getting here.  His style is a familiar one for this type of metal, with the bulk of the performance consisting of higher pitched screams that are able to move down towards growls during some of the most intense passages.  Bischoff is in peak form here as the intensity remains at a constant throughout both discs and where some vocalists have lost some of their power over the years this definitely isn’t the case here.  Unlike other melodic death metal bands Heaven Shall Burn never went for sung choruses and left the aggressive pitches the focus, and that remains the case here aside from a lengthy spoken word section on “Expatriate”.  It’s another strong showing on the vocal front, and even with nineteen songs the screaming never feels repetitive or stale.

Double albums can be risky moves for new and veteran bands alike, but Heaven Shall Burn has delivered one that holds your attention from beginning to end.  There are a few lulls but the amount of variation in the writing and strong peaks that represent what makes all facets of extreme metal appealing. Despite the four year break this album has definitely been worth the wait.  Of Truth & Sacrifice is available from Century Media Records.