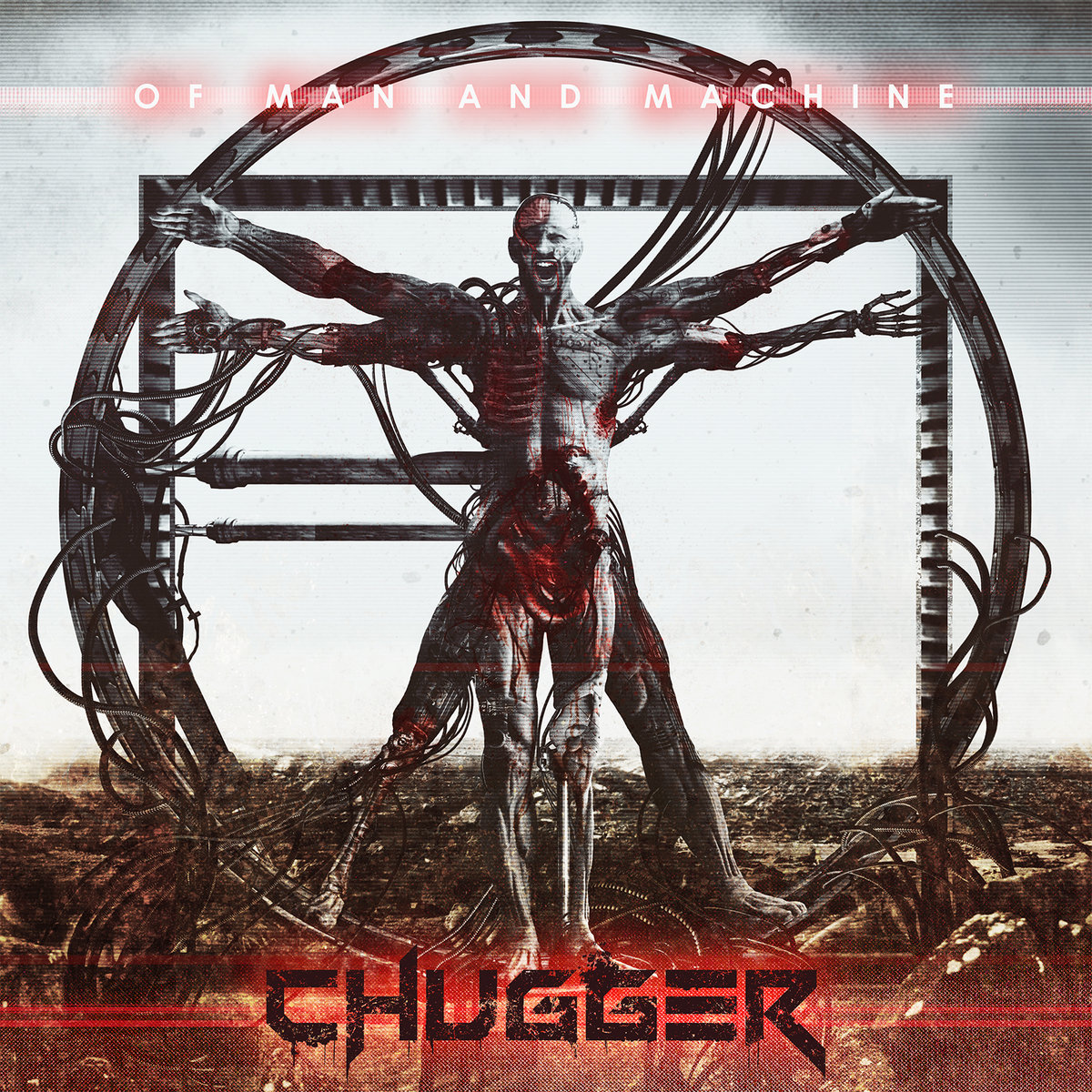 Of Man and Machine

Of Man and Machine
by Chugger

Chugger’s roots trace all the way back to 2006, though the Swedish groove/death metal band wouldn’t get a proper start until 2012.  Since then they’ve offered listeners material that emphasized sheer heaviness and groove alongside just the right amount of traditional Gothenburg influence, coming in somewhere between the Swedish melodeath of the 90s with the mid-2000s American groove and brutality.  For their sophomore full-length Of Man and Machine, which follows some lineup shifts since 2015’s Human Plague it’s evident that the band has worked to push their sound outwards, as the guitar leads soar higher than ever before and the balance between the melodic and bottom heavy elements creates hooks that are sure to draw fans of both metal genres in.

The core of Chugger’s sound hasn’t changed too significantly from their previous full length, but the production values have seen a huge improvement and as a result the material here feels more impactful and dynamic.  Where the sound on Human Plague seemed a bit flat, here each of the instruments jumps out at you and there are more nuances to each one that stand out.  In particular the drums are much fuller, and each bass drum hit punches you right in the stomach, and when you combine this with the rumbling guitar and bass grooves you have songs that feel immense but have just the right amount of studio polish to allow the individual elements to stand out.  The almighty groove still dominates here and there are some moments that remind me quite a bit of Lamb of God, but there’s also plenty of that traditional Gothenburg flair to go around as well and the writing is just as likely to hook you with a sweeping melodic lead or Earth shattering groove (as is best demonstrated at the end of “The Algorithm”).  Admittedly Chugger does fall into an identifiable pattern as you make your way through the album, but they have quite a few hooks to keep listeners engaged from beginning to end and unlike a lot of bands in both of these genres they keep things at a lean thirty-four minutes which avoids filler or repetition.

With the instrumentals doing everything in their power to be as destructive as possible through both grooves and melodies, you’d expect that the band would need a vocalist to match this level of energy and David Dahl is able to deliver.  There’s a surprising amount of variation to his performance, as his main pitch comes in as a higher scream/shout but it also moves into lower growls and even some cleaner ranges.  At times some of the vocal ranges give off a bit more of mainstream metal appeal and remind me of some of the gruffer singing/shouting that was common in American metal circa the early to late 2000s, and while this may still prove to be an acquired taste for some listeners it suits what Chugger is going for quite well.  The band is joined by HateSphere vocalist Esben “Esse” Hansen on the song “Polaris” which shakes things up even further, and while it’s a small nuance this guest spot does help this song to stand out.

In a lot of ways Chugger reminds me of a different time period where Swedish melodic death metal bands were starting to push out towards the slightly more mainstream groove metal approaches that were common in the U.S., but that’s not meant as a knock against the band.  Their latest has some powerful melodic leads that will draw you in initially and bone shattering grooves that will keep you coming back, and it’s a reminder of why both of these metal sub-genres have remained so appealing over the years.  It may be a bit outside of my usual obscure black and death metal write-ups, but I’ve found myself returning to this disc frequently over the past few weeks and suspect plenty of metal fans will feel the same way.  Of Man and Machine is available from WormHoleDeath.