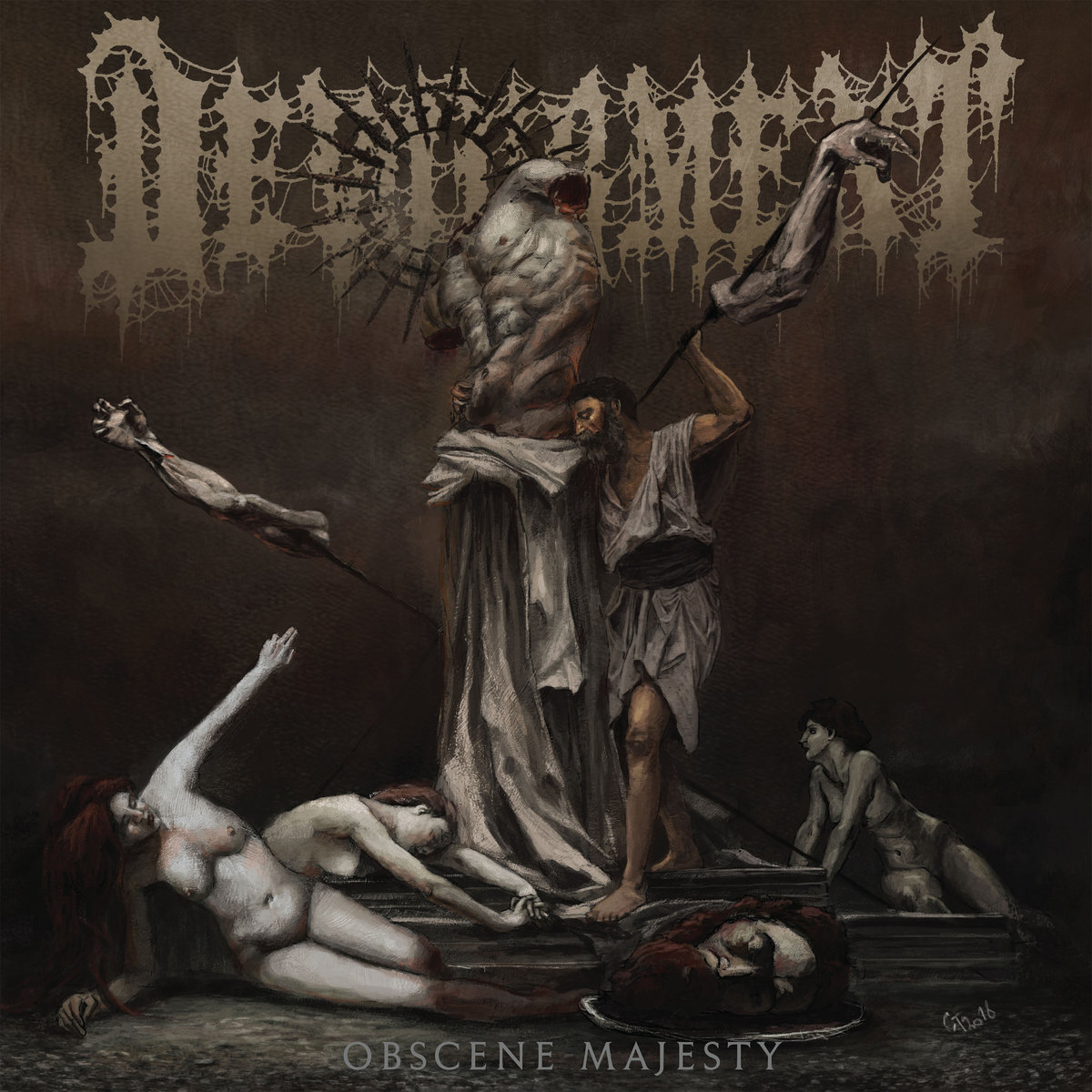 Six years have passed since the last Devourment and the long-running brutal death metal band has gone through plenty of changes in that span of time.  Since Conceived in Sewage Ruben Rosas is back on vocals, original drummer Brad Fincher is back, and the group has reunited with producer D. Braxton Henry who played a significant role in making their debut Molesting the Decapitated so unrelentingly heavy.  Expectations are clearly high with these types of moves back towards the earlier days, and the resulting effort Obscene Majesty wastes little time in meeting them.  With one of the denser and unrelenting sounds you’ll hear in the genre this year alongside the right balance of slamming and precision, Devourment has come back with a vengeance.

The first thing that stands out when listening to Obscene Majesty is just how damn heavy the album is.  Devourment has never been strangers to brutality and thick, suffocating riffing but the low-end stands out so much here that it feels like it’s going to cause one earthquake after the next.  The last album may have been called Conceived in Sewage but that almost feels more appropriate here with how grimy and dense the overall sound is, as it does everything in its power to fully overwhelm.  That element in itself is probably enough to sell the brutal death metal fan, but when you dive underneath the surface there’s just the right level of variation to keep the writing from feeling stale.  Particularly when it comes to the drum patterns, there’s some interesting ideas at play that give off a level of precision and depth that jump out at you.  It’s almost deceptively primitive at times, channeling the sheer brute force of old-school American death metal while adding just a bit more.  Even when the song lengths push towards the six-minute mark they don’t drag and lose your attention like a lesser band might, and Devourment ensure their longest album to date maintains its impact from beginning to end.

With Ruben Rosas back on vocals there’s been a shift back towards guttural growls, which suits the heavy factor the instrumentals are going for perfectly.  Even with just how bottom heavy and destructive the rest of the band is the gutturals always manage to stand above it and come through just as inhuman as ever.  Brutal death metal sometimes falls into a rut when the vocals blend in too much with the music, but here they come through with enough power to knock you over.  Devourment may be in their twenty-fourth year of existence but they’re just as lethal as ever.

Obscene Majesty isn’t reinventing the wheel and you’re probably aware of exactly what type of death metal you’re getting with this album.  But when it’s so damn heavy and you’ve got the one two punch of the crushing slams and guttural vocals with enough variation to keep it from becoming stale, that’s definitely a win.  It’s been a long time coming, but Devourment’s back and have recaptured what made their earlier efforts so coveted by death metal fans.  Obscene Majesty is available from Relapse Records.