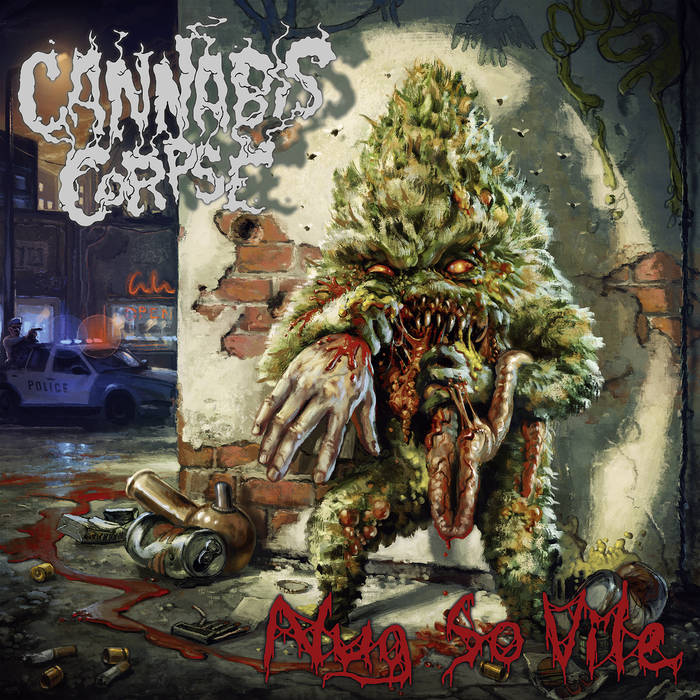 Nug So Vile
by Cannabis Corpse

What I Like: Who doesn’t love a good double entendre? Cannabis Corpse are the kings of Kush-infused comedy without loosing an ounce of brutality in the process. Formed by brothers Phil “Landphil” Hall (Municipal Waste, Iron Reagan) and Josh “Hallhammer” Hall, expect some most excellent tongue in cheek humor presented in the classic Florida death metal style. Stoner puns abound from flesh-eating nugs to deadly edibles. But the laughs always come second to great headbanging music. From the excellent fusion of brutal and melodic death hooks (listen to those epic opening harmonies on “Blunt Force Domain!”) to the snarling gutteral vocals, you’d never know this was anything less than a stellar competitor to the likes of Cannibal Corpse and Dying Fetus without peeping the lyrics or album art. And, in case you missed it, the title is a gag on the classic album from Cryptopsy.

Critiques: It's a step up from 2017's Left Hand Pass, but there's still room for improvement. While their concept stands out, the (otherwise good) music feels a little generic. I'd be interested to hear them infuse the Marijuana theme even further into their actual sound somehow.

The Verdict: Nug So Vile is both heavy as hell and absolutely hilarious.  Furthermore, it's an album that only got better with each subsequent listen. I'd like to see Cannabis Corpse find ways to better stand out musically as much as they do conceptually, but otherwise death metal fans really can't go wrong with this one.