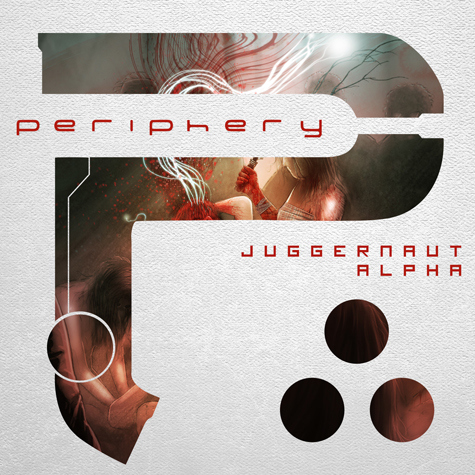 Not a Review: Storytime

So here's the thing, I already did a review for this album on Metal Storm. It was one of the last negative reviews I did before turning a new leaf with this site and vowing to leave the dark side. It serves as a good example of why I think positive reviews and recommendations are the way to go: the review was fairly scathing at times, served to help few, and most importantly is a little embarrassing to me now. Why? Quite simply, I have grown to really enjoy this album, albeit for different reasons than their previous two. Heck, I even bought both of them to add to my collection. For this reason, I am choosing not to do a review, but rather eat my humble pie while throwing my own interpretation of this fun concept album into the mix. So here goes:

A Black Minute: A child is born into a religious cult. It is some sort of ritual involving sex ("Intertwining now in ecstasy"), self-mutilation ("Lie in the circle of a few who stain our bodies with their own blood"...also pictured on the cover art), and sacrifice. Make note of the emphasis on that last word and the phrase "Now you can live to see another day." they will be important later.

MK Ultra: The young child is initiated into the ways of the cult via brainwashing, physical abuse, and general normalization of violence. By the way, that jazzy part is taken from "Omega," which will make more sense later.

Heavy Heart: The child, now likely an adolescent or therabouts, reflects on the horrors around him: people in robes, mass suicides/sacrifices, and the resulting nightmares he has. He fantasizes about flying far away and having a chance at a normal life.

The Event: The young man encounters the devil, or at least some kind of demon, who offers him a chance to have his wishes fulfilled...in exchange for the usual price.

The Scourge: He accepts the offer and the demon enters into him. He sees strength in this, and despite what he has been through, he "will survive." He also has a flashing vision of the events to come in the sample from "Psychosphere." There will be a cost.

Alpha: I really think that this is written at least in part from the deomon's point of view. The song is so uplifting, convincing the narrator that he has made the right choice and should listen to him. That soaring chorus is like a snake-charmer convincing him to use violence to set himself free: "Stop bleeding on the inside, we are alive, And it's more than enough to paint the walls that are white, Can we show the ones who are blind?"

22 Faces: Back with the narrator's perspective, he wonders if he has made the right choice, what is this thing eating him up from the inside out? Was it worth it?

Rainbow Gravity: The narrator (or him and the demon) is going back and forth about what he should do: purge the system (kill everyone)...or continue to hold his breath?

Four LightsI think the demon is inducing flashbacks of all of the brainwashing and trauma the people around him have put him through and just generally tormenting him to act.

Psychosphere: The demon inside takes hold. "I've got a life to give and a lot to end!" Again, make note of this phrasing. I think this is the demon speaking directly, not the narrator necessarily. They kill everyone, just as he foresaw in "The Scourge."

Reprise: While this can be seen as a typical "previously seen on..." way to open part two of the album, there is an important detail I think is important: The lyrics make slight changes to draw the parallel between what the narrator has done and the horrors of the cult. "You can live to see another day" is changed to "They will not live to see another day." He has become what we was trying to escape.

The Bad Thing: This song is more or less a companion peice to "Heavy Heart." The narrator is now reflecting on all that has happened, the dreams that he had, and where his choice has left him. The demon mocks him, stating that this is what he asked for, again referencing the idea of flying. The narrator is also disgusted with the fact that he now finds joy in other's suffering ("I'm bathing in the thought of it"). His evil nature and violent side are growing beyond his control.

Priestess: By far my least favorite song of the album, but important to the story. The narrator is watching "the blackness grow" as he continues to become more of a spectator to the atrocities he is commiting. I think he "lives alone" and locks himself away in his home as a last ditch effort to prevent himself from killing again. The Priestess, I am fairly certain is a reference to death, as is the "light on the narrow road." He sees dying, or killing himself, as a sweet release at this point. Once again, our protagonist is looking for a way to escape his misery.

Graveless: And so, pretty explicitly, the narrator kills himself. He "cuts a smile" (slits his throat) and hopes that this will be the end. It sounds as if the demon is fighting to hold onto his body in the resulting conflict. This reminds me of the movie, Fallen.

Hell Below: As referenced in the title, and again pretty clearly in the lyrics, this unfortunately results in the narrator being literally dragged into hell for all that he has done. That low end on this song. Good gravy...how fitting. Misha has a little devil in him too, it seems.

Omega: Long song. Lot's of stuff going on musically. The narrator is walking thorugh hell and recognizing that he is "a demon born out of their rite in throes." You could read this a number of ways, but I am taking this as him concluding this was all the outcome of the prayers and rites of the cult. He was always meant to become this godlike entity. He has accepted that he is a "monster." But all the same, hell is miserable and he (once again) wants out. He prays for a resurrection, another chance at life. And just like before, his prayer is answered...literally in the same words that were used to talk him up on "Alpha." I'm not sure if this is with the same demon or the devil himself, but that's not necessarily that important. To make things come even more full circle, remember how I said this song is played as a part of "MK Ultra?" We were foreshadowing the final birth of this demon, which is exactly what the cult was working towards.

Stranger Things: Here's where I feel like my interpretation takes a darker turn than some of the others I have read. A few people think this is a moment of redemption, but it seems more insidious to me than that. I believe the narrator denounces God {"There never would have been a light if the messenger in still life had regard for the son of the damaged soul"). He fully takes on his new identity in exchange to leave Hell. We begin to hear lyrics from "A Black Minute" mixed with idea of an "hourglass spinning around." Things get very David Lynchian for me at this point. I think that not only is he returning to life...he is being summoned by the very ritual that birthed him to begin with. Much like Lost Highway, the whole story turns into a bit of a mobias strip. The references to the word "sacrifice" are very similar to the opening. And this ritual (whether the same one, or a similar one) "brings a demon of the day." He acknowledges that he is an awful, selfish being and fully aware of the choice he is making...but he wants "a sense of a fucking life." He fully unites with his demon side and becomes a blight to the earth. At this point I wonder if he is the same demon that took him over to begin with; or at least that the demon who took him over went through a similar process and was once a man. The line in "Psychosphere," "I've got a life to live and a lot to end" further makes me feel that one way or another, these are the words of a being that has been through the same stuff. In any case, it's a mindf#@k. And also extremely depressing.

So there you have it. The band has not yet shared what their concept of the album was as of the time of this writing. So remember that this is just my own interpretation cobbled together from listening, reading the lyrcis, and considering the thoughts shared by others. I hope you enjoyed it I have included q youtube playlist of both albums below, but you can pick them up pretty much wherever CD's or digital are sold. Deals with the devil=bad.