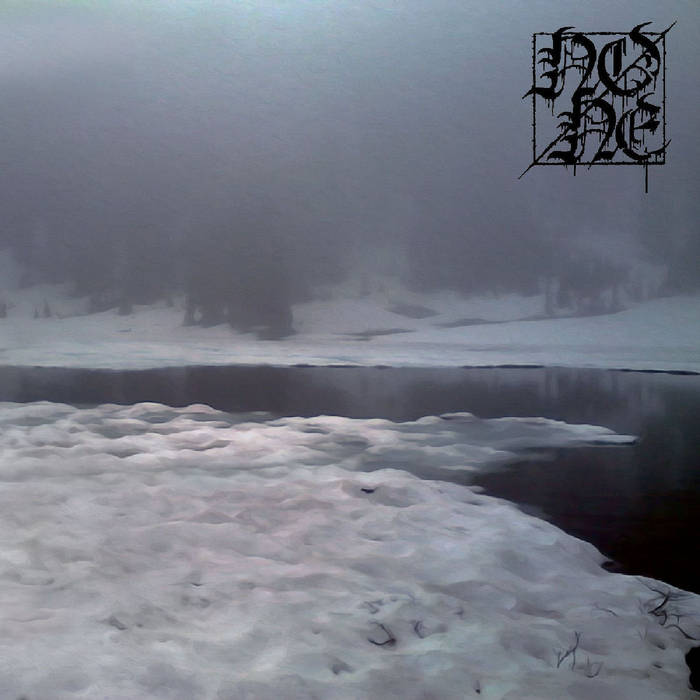 The Pitch: Hypnotic Dirge Records shares an early stream of the debut from depressive black metal group, None.  "Chilling and despondent music from the Pacific Northwest."  FFO Shining, Coldworld, Deadspace, and Woods of Desolation

What I Like: It's always somewhat amusing to me to judge a depressive BM album in terms of words such as "like" and "enjoyability."  These probably aren't the best descriptors, so consider them in this case to be measurements of emotional immersion.  Within this context, None has plenty to take in.  For those out there who like to just lay back and soak in the misery, None will certainly deliver.  The morose, atmospheric guitars and despairing, grim howls will envelope you in a thick fog apathy.  This is more or less what I imagine people feel like when they take heroin.  While I don't recommend experimenting with destructive substances, I am impressed with None's ability to so skillfully evoke such affecive bleakness.  The mild doses of keyboard further amplify the coldness and isolation.

What I Don't Like: There's not a whole lot here that I haven't already heard before, but it's done at such a level to compete readily with the bands that influenced its creation.  And as I mentioned, I'm not a hardcore follower of depressive BM, so that is no doubt influencing my scoring and overall conceuptualization of the album.

The Verdict: The perfect compliment to a cold, dark winter morning or otherwise miserable day...in a good way.  None releases on 4/11, but listen to it all early below.  Get it physical HERE and digital HERE.