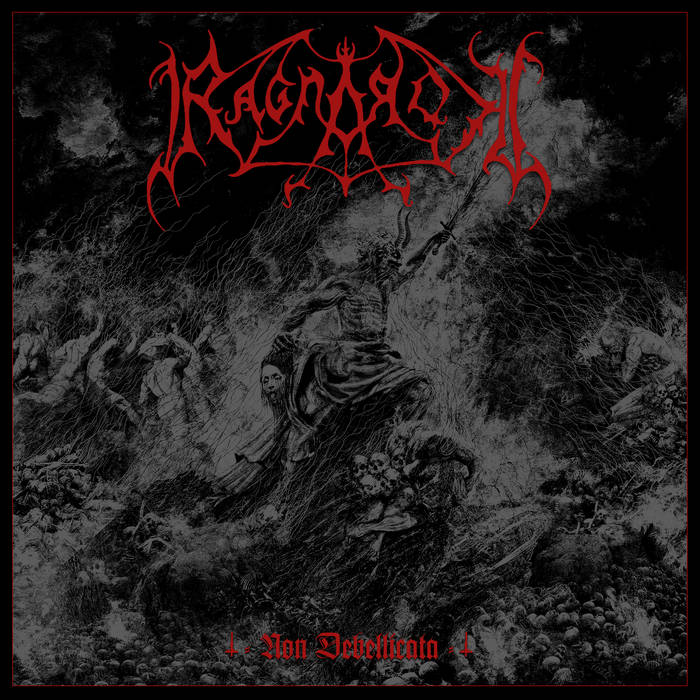 What I Like: Much like Immortal, Ragnarok lean heavily on the early thrash influences of black metal. Bathory and Celtic Frost influences permeate these icy riffs as to really capture the essence of the genre's earliest days. I could honestly listen to Non Debellicata alongside the likes of Battles In The North or In The Nightside Eclipse and, save for some improved production, scarcely tell that they were created decades apart. And not to harp too much on the comparison, but given the current debate between Abbath's solo work and Immortal's post-split material, I would throw this album in right alongside those releases. The hooks are just a strong, arguably bringing even more of those harsh Blashyrkh blizzards alongside stunningly grim vocals. I also dig the Inquisition vibes on the ominous acoustic parts.

Critiques: As has been my critique of classic Norwegian black metal from the very beginning, songs often drag on longer than they need to. Many of these tracks would be stronger if they clocked in at closer to 3:30 as opposed to 5 minutes.

The Verdict: Forget the new Mayhem; Non Debellicata is the traditional Norwegian black metal you should be getting down with this year. Consistent, grim, and high in energy, Ragnarok capture the essence of a time long since passed.